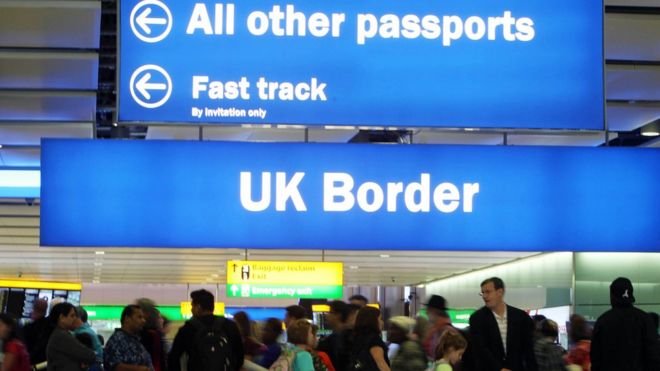 The government has faced a string of defeats in the House of Lords over its post-Brexit immigration bill.

The proposed legislation has passed its initial stages in the Commons - where Boris Johnson has a majority of 80.

But peers have now approved four amendments while scrutinising the bill.

They include keeping the current rules for unaccompanied child refugees after the end of the transition period, which sees them reunited with close relatives in the UK.

It is the second time the so-called Dubs amendment - presented by Labour's Lord Dubs - has been approved by peers, but turned down by MPs.

Afterwards, Lord Dubs tweeted: "The Commons now needs to do the right thing by these uniquely vulnerable children and support the amendment."

But Home Office Minister Baroness Williams said the UK had made a "credible and serious" offer to the EU agree new arrangements; and that it wouldn't be right to undermine those negotiations through domestic legislation.

And a Home Office spokesperson added: ""We have a long and proud history of providing protection to vulnerable children, and have presented a genuine offer to the EU on future reciprocal arrangement for the family reunion of unaccompanied asylum-seeking children."

The government also faced three further defeats on other amendments proposed to the bill, namely on:

* Ensuring an inquiry into the impact of the bill on social care, especially staffing - passed by 304 votes to 224

The legislation will now go back to the Commons for approval - but with a large government majority, the amendments are unlikely to remain.