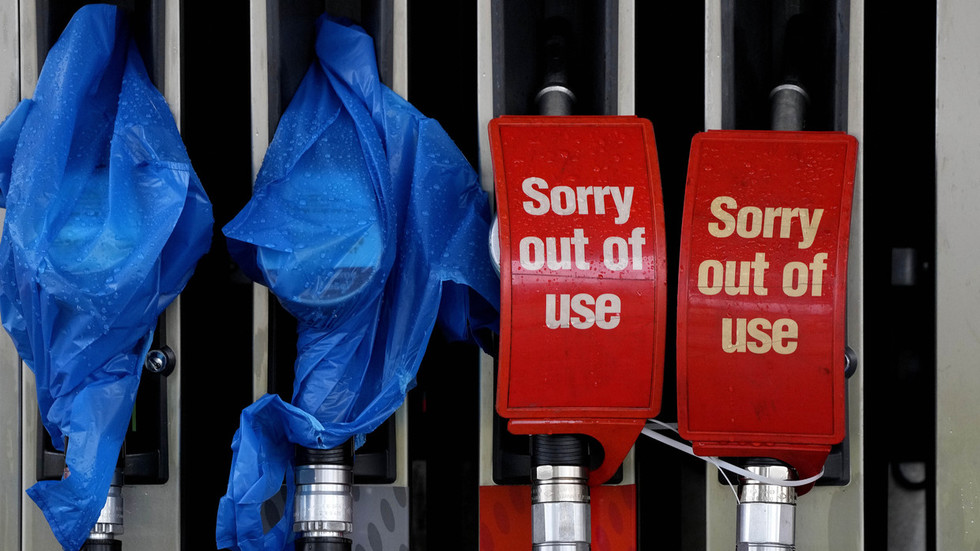 The recent case of fuel shortages across the UK, though partially caused by panic buying, were worsened due to the government’s decision to switch to a more eco-friendly fuel, according to local media.

Petrol Retailers Association chairman Brian Madderson told the Telegraph on Thursday that the government’s decision to move from standard E5 fuel to the greener E10 had led to the “unintended consequence” of fuel shortages as retailers had been in the process of replacing their petrol.

“For weeks we had been emptying our tanks of E5, the old fuel, as fast as we could to get ready for E10. We had all run our petrol stocks down,” Madderson said, explaining that when Brits started to panic buy fuel over reports of a HGV driver shortage, stations “ran out pretty quickly” and “couldn’t get supplies quickly enough.”

“I don’t blame the government particularly but the E10 switchover clearly had an unintended consequence: we couldn’t cope with the surge in demand,” he added, noting that it takes time for retailers to switch over from one type of fuel to another.

Before the UK fuel shortage crisis, the government had hailed E10 petrol as a greener fuel which “helps cut carbon emissions” and “contains up to 10% bioethanol.”

Last month, the Department for Transport said E10 fuel would make way “for a green industrial revolution” and support the UK’s “wider bioeconomy as we build back greener from the pandemic.”

On Monday, however, troops were deployed to deliver petrol to stations in London and Southeast England and Prime Minister Boris Johnson has suggested that the crisis could last until Christmas.
#boris johnson  #johnson
Add Comment