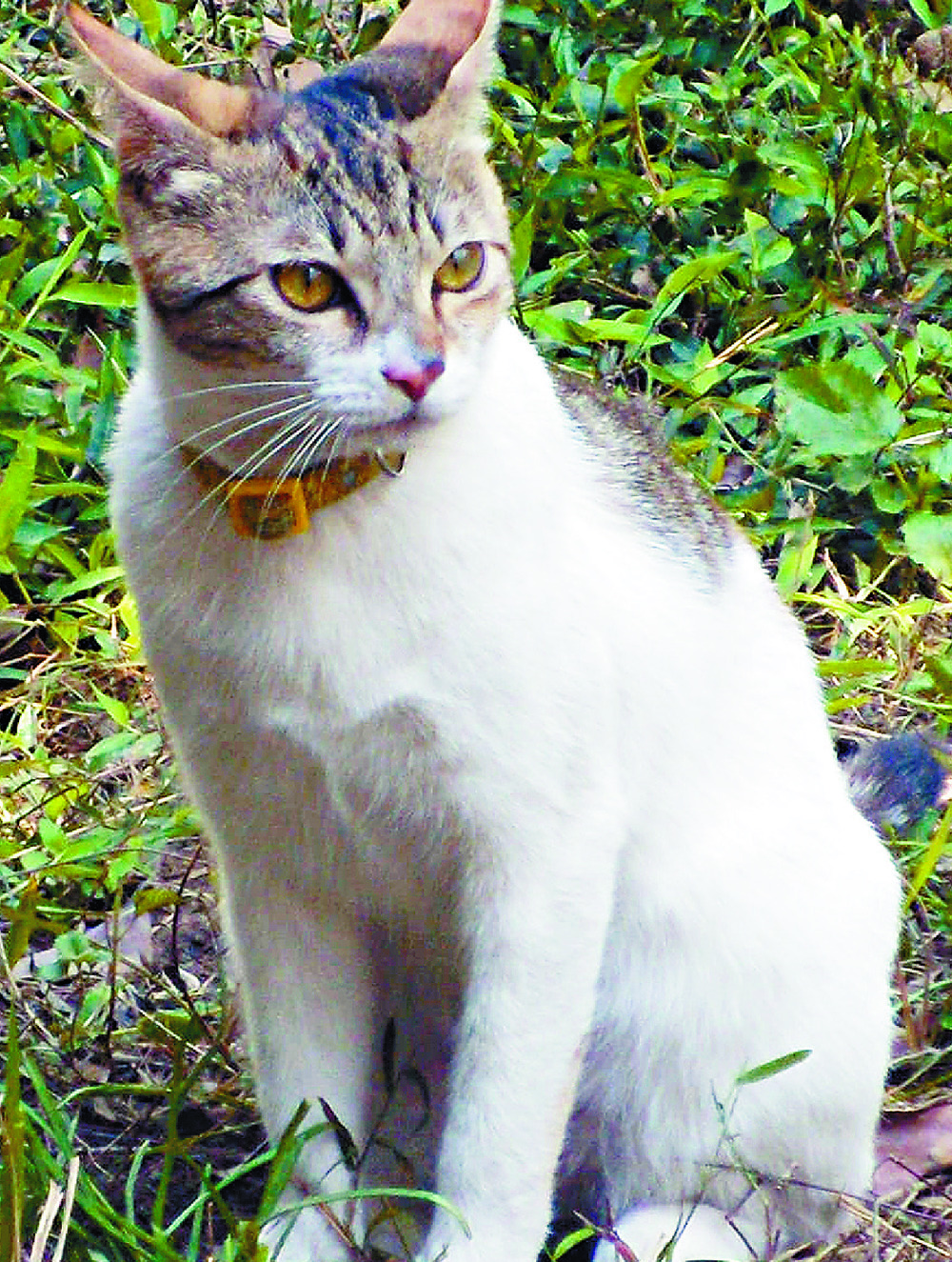 Gorgeous intruder has us on the edge

Our home has been under siege for several days. Something is out there, something has been trying the windows, leaving its scent at the doors, making scrabbling noises that disturb us at the quietest times.

At night, peering into the darkness, we wondered what was spying on us. Were we being cased by a home invader, a thief, a burglar?

Molly the excitable mongrel has been prowling the house for several days, sniffing walls inside and out, tracking something around the yard and generally fussing over something the rest of us couldn't see, smell or hear.

Then suddenly we all started hearing things, sensing an unseen presence. The rest of the animals started joining Molly on her hunt for the intruder, either because they were picking up on Molly's agitation or starting to smell or hear something as well.

We know Molly can handle rats. At least three times since we adopted her, she has caught and efficiently dispatched rats with a quick shake that snapped their necks.

But this hunt seemed to confuse her, as she searched day after day without finding anything.

Then, late one afternoon as I stood at the kitchen sink, Molly's whine, then a single bark behind me, made me look up to find myself half a meter from a dark furry face peering at me through the window.

Our intruder turned out to be a cat. With a demanding meow, it tried to insinuate its paw into the tiny gap at the slightly open window, clearly determined to come in.

Prodding the paw back, I carefully locked the window.

Leaving the kitchen window, the intruder headed away, but seconds later, hearing a scrabbling in the bathroom, we found the cat climbing through the tiny window, 2m above the ground.

It took two of us to keep it out.

Later, back at the kitchen window, we studied the cat as it stared back, meowing. It appeared to be a young female, less than a year old.

A gorgeous, healthy-looking, short-hair tortoiseshell, with an expressive face and beautiful coloring as well as a tiny, quirky, horseshoe-shaped white patch on one ear.

For now, we enter and leave the house with great care - can you imagine the mayhem if a young cat managed to get in among our ancient collection of dogs and cats without careful planning and introductions?

Georgina Noyce is an equestrian judge, and has a menagerie of adopted four-legged waifs and strays.
Add Comment