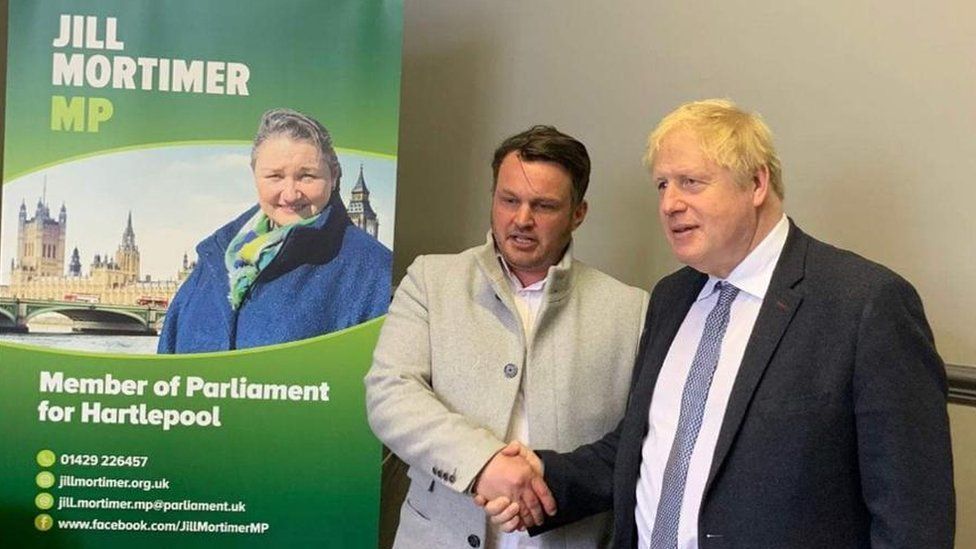 A re-elected Conservative councillor has been suspended from the party after it emerged he had recently pleaded guilty to assaulting a woman.

Gordon Cranney, from Hartlepool, admitted assault by beating when he appeared at Teesside Magistrates' Court on 28 April.

The 41-year-old was returned to the Seaton ward on Hartlepool Borough Council with 944 votes.

Opponents have called for him to stand down and be expelled from his party.

Councillor Cranney admitted carrying out the assault on 6 February in Hartlepool when he appeared in court eight days ago.

He was given a two-year community order, told to attend a violence reduction programme and ordered to pay fines totalling £180.

The announcement of his re-election result was met with silence.

On Wednesday, he posted an appeal on Facebook for voters to back him in Thursday's elections.

"A vote for me tomorrow will be a vote well used. I will continue to work hard for the Ward, putting the residents first," he wrote.

"I've taken massive strides in my first 12 months, improvements will still be made." 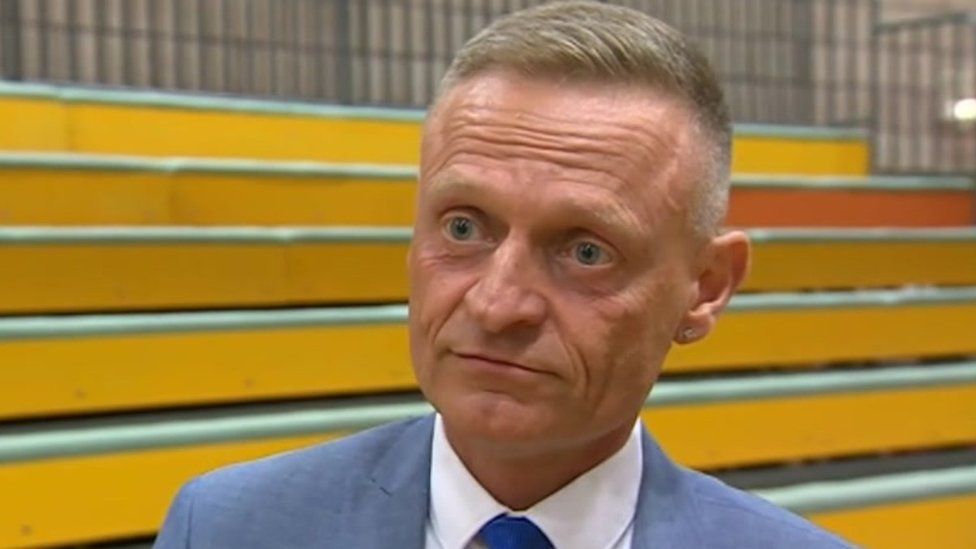 Speaking after the election, Ray Martin-Wells, president of Hartlepool Conservatives, said: "Councillor Cranney has been re-elected and at the moment he is suspended pending investigation.

"It wouldn't be fair for me to pass any more comments at this time."

According to the Local Government Act of 1972, candidates cannot stand for election if they have been convicted of an offence and received a prison sentence - or suspended sentence - of more than three months (without the option of a fine) in the five years before a ballot is held.

"Councillor Cranney needs to understand he has a responsibility to step down."

Hartlepool Labour said it was "shocked to learn" of the conviction and has called for him "to do the decent thing and resign".

A spokesperson for the Labour Party said: "We condemn violence towards women and someone with such a conviction has no place in public life.