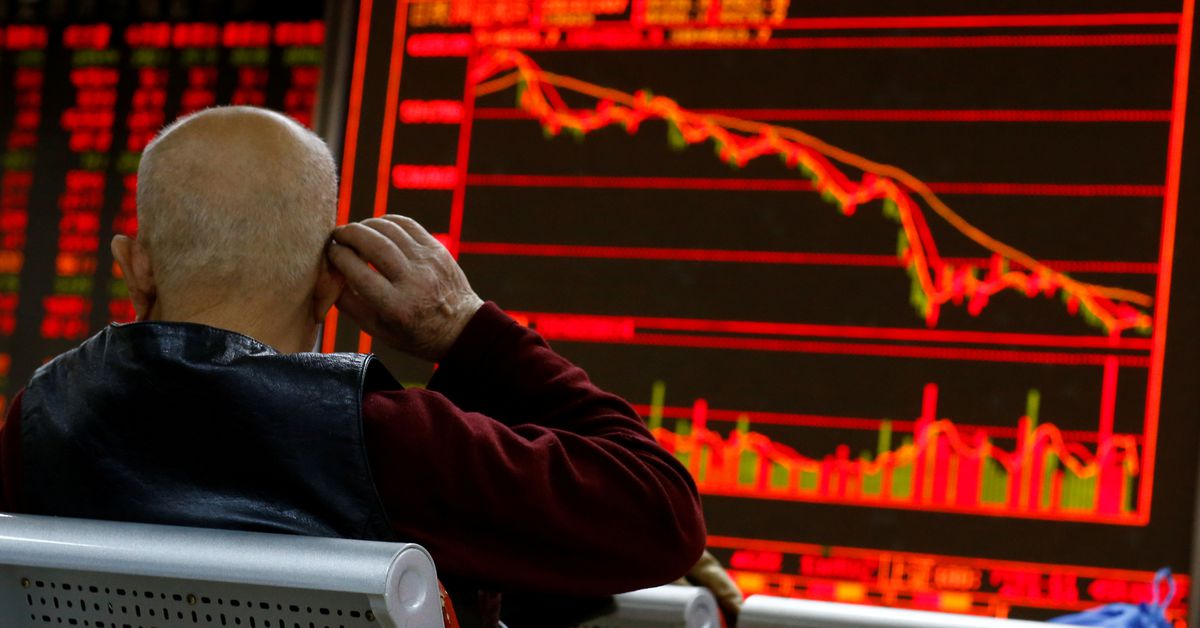 Global shares held near their record high on Friday as investors looked to U.S. jobs data for signs of balanced economic growth with tame inflationary pressure, while Chinese shares dropped a day after China's Communist Party celebrated its centenary.

European stocks are expected to open moderately higher, with both pan-European Euro Stoxx futures and Britain's FTSE futures trading up 0.4%.

Japan's Nikkei (.N225) gained 0.2% and most other markets held firm but MSCI's broadest index of Asia-Pacific shares outside Japan (.MIAPJ0000PUS) fell 0.8%, due to decline in Chinese and Hong Kong shares.

Shanghai Composite (.SSEC) fell 1.7%, on course to mark its biggest fall since March, as investors grew cautious that, with the big celebration out of way, China's monetary policy could be tightened.

"It is hard to expect loose monetary conditions like before," said Masahiko Loo, portfolio manager at AllianceBernstein in Tokyo.

Loo also reckoned, that given the increasingly strained state of Sino-U.S. relations, some overseas investors could have been unsettled by President Xi Jinping's warning to foreign powers during his speech to mark the Communist Party's centenary.

Xi said any foreign forces attempting to bully China would will "get their heads bashed".

MSCI's All Country World index (.MIWD00000PUS) dipped 0.1% but stood close to an all time high hit earlier this week.

On Wall Street, the S&P 500 reached its sixth consecutive all-time closing high on Thursday, as a new quarter began with upbeat economic data.

Monthly nonfarm payroll data, due out later on Friday, is expected to show a 700,000 increase in June, and economists expect wage growth in June of around 0.4%.

While the prospects of a strong economic recovery underpin equity markets, investors remained nervous that a sharp recovery from the pandemic could push up inflation to an uncomfortable level for the U.S. Federal Reserve.

"The situation remains uncertain and no one would have their forecast with high degree of confidence now. Markets will be very sensitive to any upticks in inflation," said Tomo Kinoshita, global market strategist at Invesco.

In bond markets, the 10-year U.S. yield stood at 1.466% , largely staying below 1.5% in the past couple of weeks, in part thanks to subsiding inflation expectations.

Shorter-dated bonds may come under heavier pressure if the jobs data points to rising inflationary pressure, which would lead investors to bet on earlier rate hikes, analysts said.

In the currency market, the dollar was perched at a 15-month high on the yen and at multi-month peaks against other majors on Friday, as traders wagered strong U.S. labour data could lift it even further.

The dollar rose to as high as 111.66 yen , hitting its highest level since March last year.

The Australian dollar fell to $0.7461 , having slipped to its lowest level since December on Thursday.

Oil prices stood near their highest levels since 2018 on indications that OPEC+ producers could increase output more slowly than expected in coming months.

OPEC+ delayed its ministerial meeting until Friday to hold more talks on oil output policy, OPEC+ sources said on Thursday, after the United Arab Emirates blocked a plan for an immediate easing of cuts and their extension to the end of 2022.