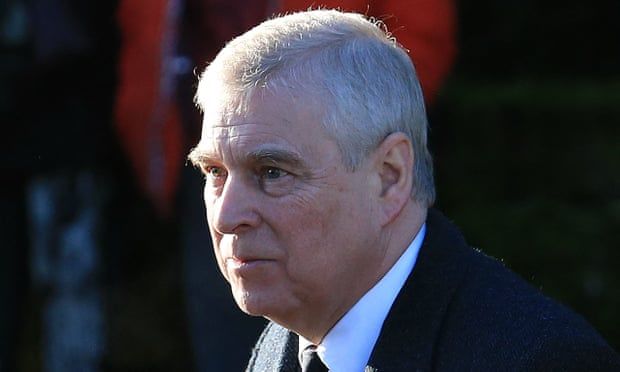 Lawyers representing a woman who has accused Prince Andrew of sexual abuse are demanding that he hand over documents explaining why he does not sweat.

Virginia Giuffre’s legal team have requested a wealth of information from Andrew’s lawyers in response to his BBC Newsnight interview in 2019 when he said he visited a Pizza Express on the day of the claimed sexual encounter.

Giuffre is suing the Queen’s son for allegedly sexually assaulting her when she was a teenager. She claims she was trafficked by the disgraced financier Jeffrey Epstein to have sex with the duke, and was pictured with the royal and his friend Ghislaine Maxwell during the period when the alleged intercourse is said to have taken place.

Andrew has denied all the allegations.

In the Newsnight interview, Andrew claimed he never got sweaty on a dancefloor with Giuffre in 2001, an argument used as evidence that he had never met her.

Giuffre’s lawyers said in court documents that they want Prince Andrew to give them information about his “alleged medical inability to sweat”.

“If Prince Andrew truly has no documents concerning his communications with Maxwell or Epstein, his travel to Florida, New York, or various locations in London, his alleged medical inability to sweat, or anything that would support the alibis he gave during his BBC interview, then continuing with discovery will not be burdensome to him at all,” the documents state.

Andrew claimed that he did not sweat because he had an “overdose of adrenaline in the Falklands war, when I was shot at … it was almost impossible for me to sweat.”

In the court documents, Giuffre’s lawyers also ask for information from the royal including any documents around “allegations of sexual abuse” or “extramarital sex” made against the duke.

This week, Maxwell was found guilty on five of six charges for her involvement in Epstein’s sexual abuse of teenage girls. Prosecutors said Maxwell “preyed on vulnerable young girls, manipulated them and served them up to be sexually abused.” She is expected to receive a significant prison term, and is expected to appeal.

The documents filed by Giuffre’s lawyers include a list of what they want from Andrew during the process of discovery, a pre-trial procedure through which each side can obtain evidence from the other.

One of the requests is for “all documents concerning your alleged medical condition of anhidrosis, hypohidrosis, or your inability to sweat”.

Andrew’s lawyer, Andrew Brettler, has rejected this request on the grounds that it is “harassing and seeks confidential and private information and documents that are irrelevant, immaterial and not reasonably calculated to lead to the discovery of admissible evidence”.

Giuffre’s lawyers also want information on Andrew’s schedules and meetings in 2001, when the alleged abuse took place. Another request made is for “all documents concerning defendant’s travel to or from, or presence in or on: a) Epstein’s planes; b) Florida; c) New York; d) New Mexico; e) the United States Virgin Islands; f) a Pizza Express located in Woking, England; or g) the Club Tramp nightclub, located in London, England”.

Pizza Express is where the duke said he was the night Giuffre claims they had sex in London. Another request is for communications between Andrew and Epstein or Maxwell and their lawyers concerning “sexual abuse”, a request rejected by Andrew’s lawyers as “overbroad, burdensome and oppressive”.

Andrew’s legal team have rejected the requests for the documents citing various reasons including that the information is protected from disclosure by rights of privacy under the US constitution and article 8 of the European convention on human rights. His lawyers also state in papers filed to a New York court that some of the documents requested are already publicly available.
Add Comment