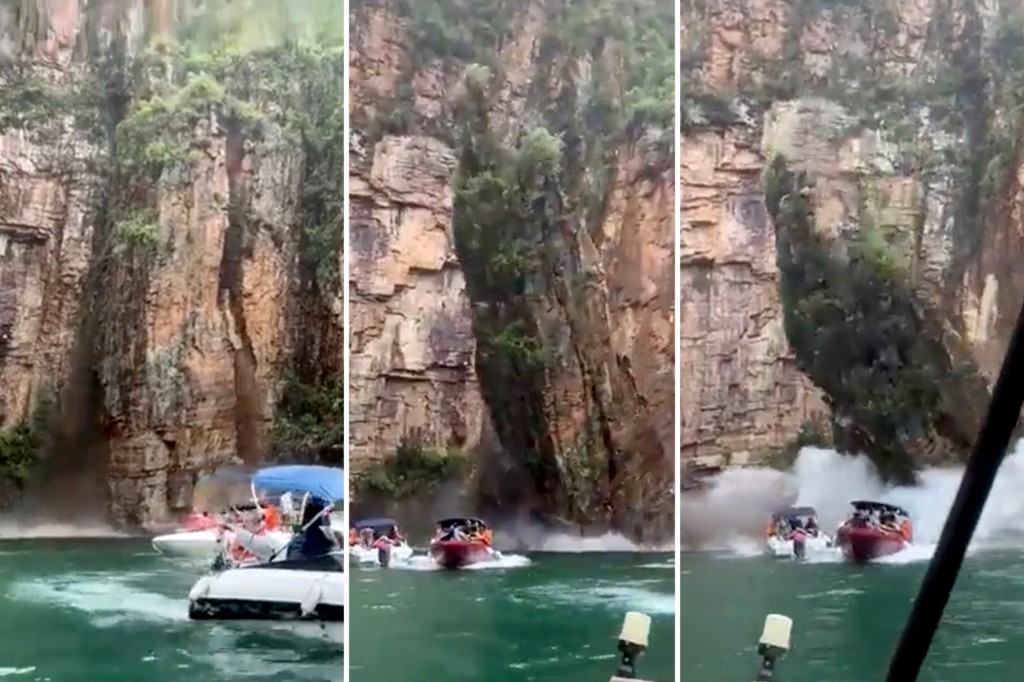 In the horrific scene, captured on video, boaters scream as they watched a large slab of rock fall from a canyon onto boats cruising the lake near Capitolio, a city in Minas Gerais state. 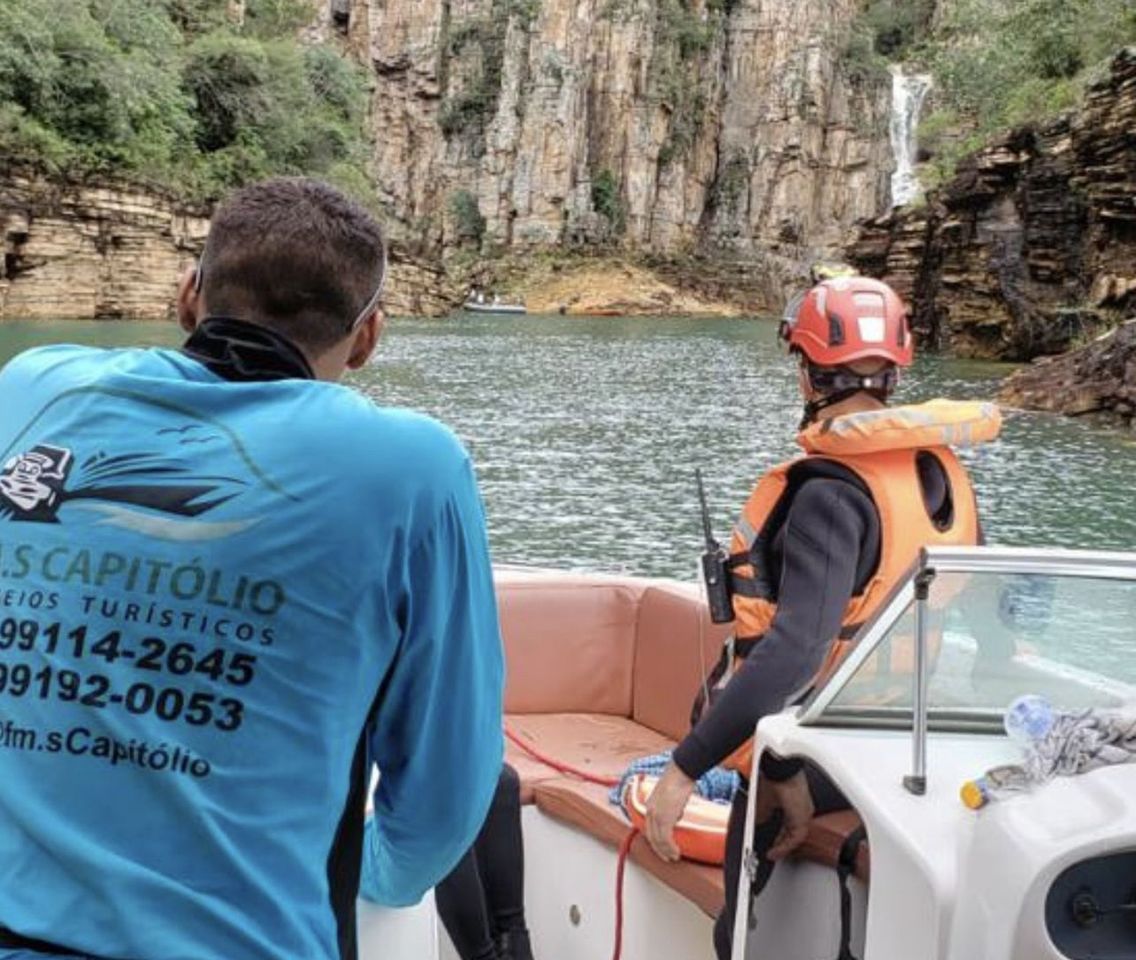 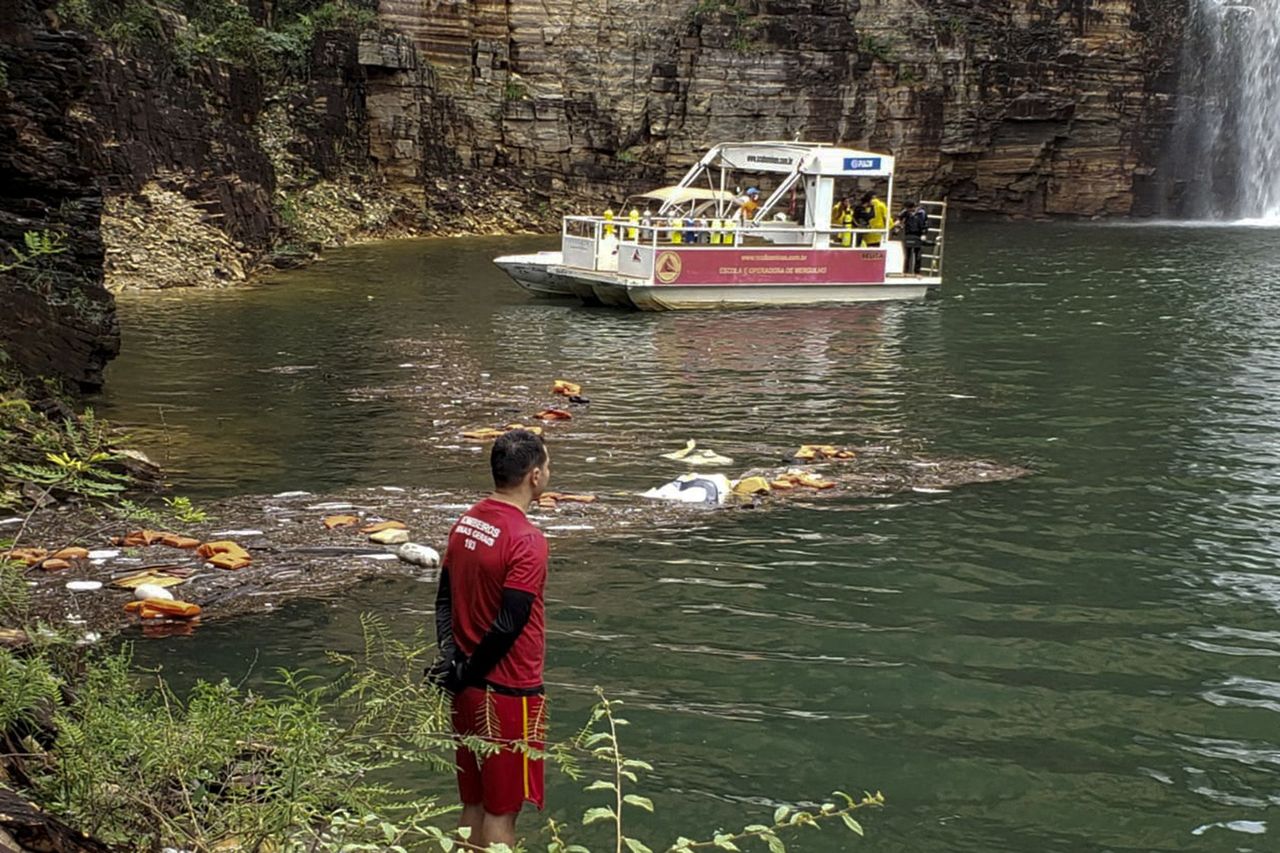 Firefighters at the scene of the freak accident at the canyons of Furnas Lake, city of Capitolio, Minas Gerais state, Brazil, on Jan. 8, 2022.

At least one person was in serious condition with head and facial injuries, while others had broken bones, according to the report.

Rovilson Teixeira, who has worked as a guide in the tourist area for the last six years, said he was stunned by the sight of the falling rocks. “We are completely shocked, and nobody really knows how many victims are involved,” he told Brazilian reporters. “There is not just one, not just two but probably many deaths. There are a lot of people with injuries. The region is full of ambulances that have come from other parts of the state to help the victims. No one is sure about the size of this tragedy.”

A spokesman for the Brazilian Navy said they are opening an investigation into the accident.

The governor of Minas Gerais state said in a statement that the accident was likely caused by heavy rains in the area that dislodged the rocks. Authorities issued warnings for tourists to stay away from waterfalls in the area just hours before the accident. 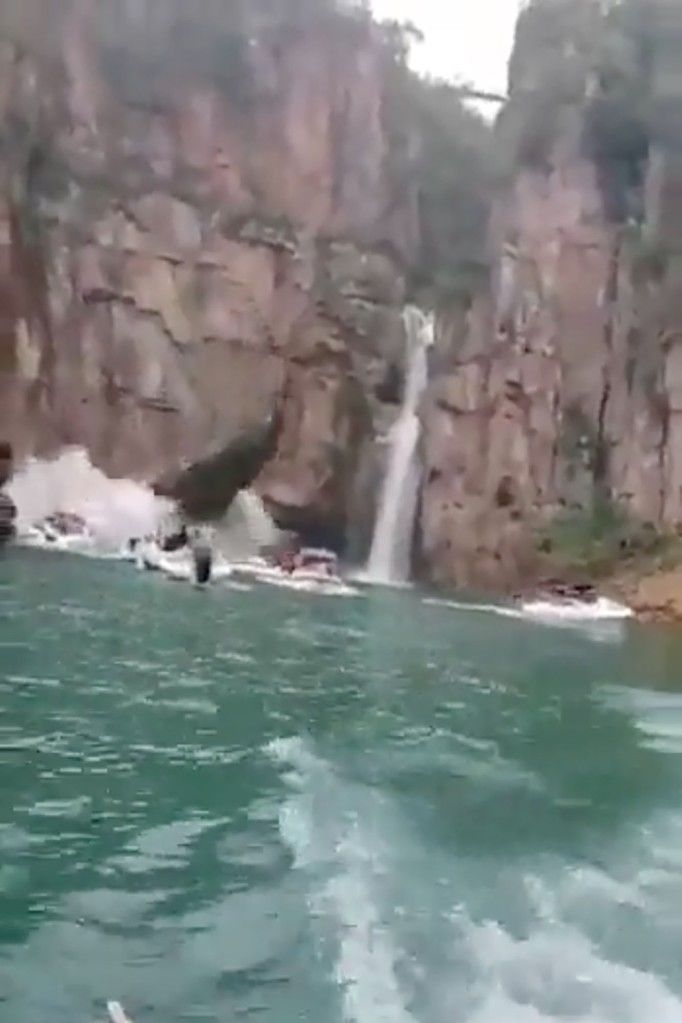 Tourists are seen attempting to flee the falling rocks in Lago de Furnas. 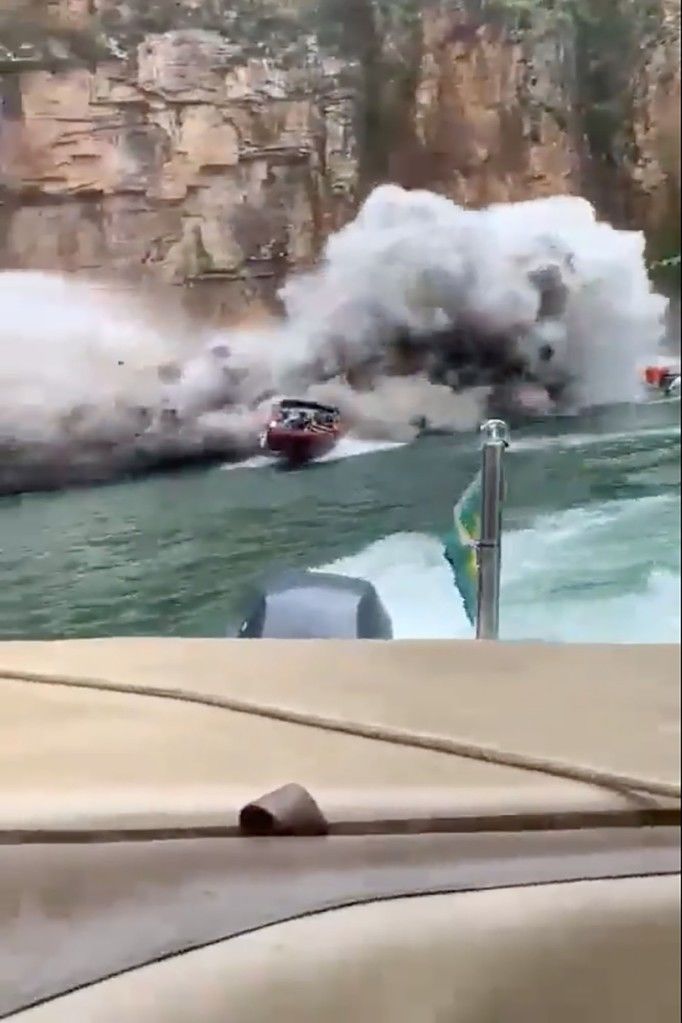 At least 20 people were reported to be missing.

“We are suffering the pain of a tragedy in our state due to heavy rains that provoked the accident in the Furnas lake. Rescue workers are still on the scene, ” said Minas Gerais governor Romeu Zema. “We are in solidarity with the families at this difficult moment.”

“We have to comfort the families who are waiting for bodies to show up,” said Brazil’s President Jair Bolsonaro. “This is something we can do with the Navy and the Fire Department in Minas Gerais.” 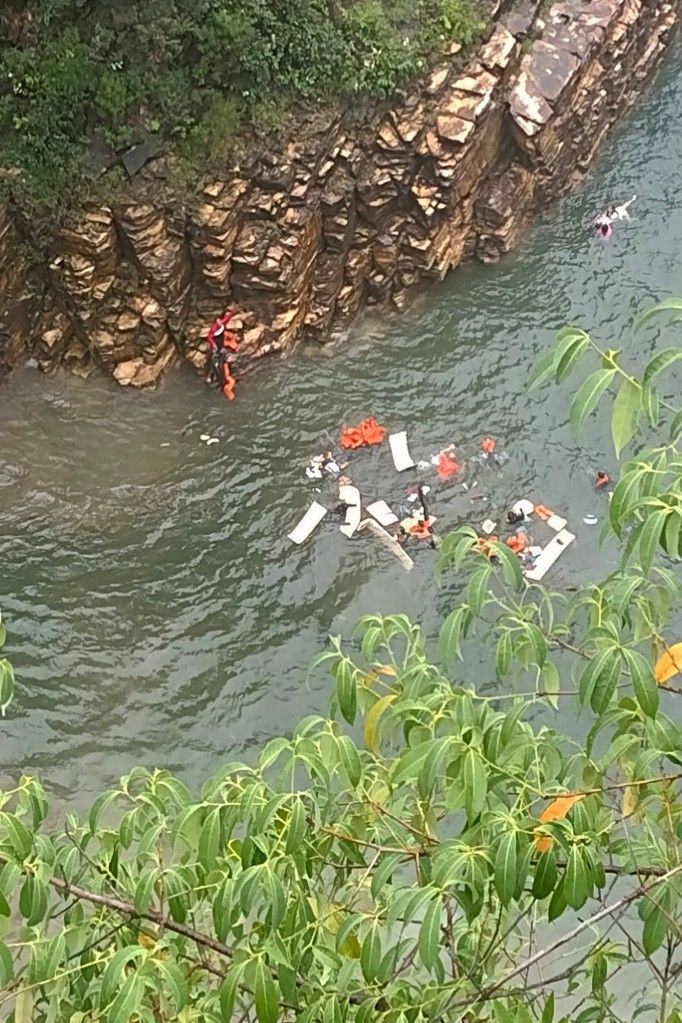 Heavy rains likely contributed to the accident, according to the Minas Gerais state governor. 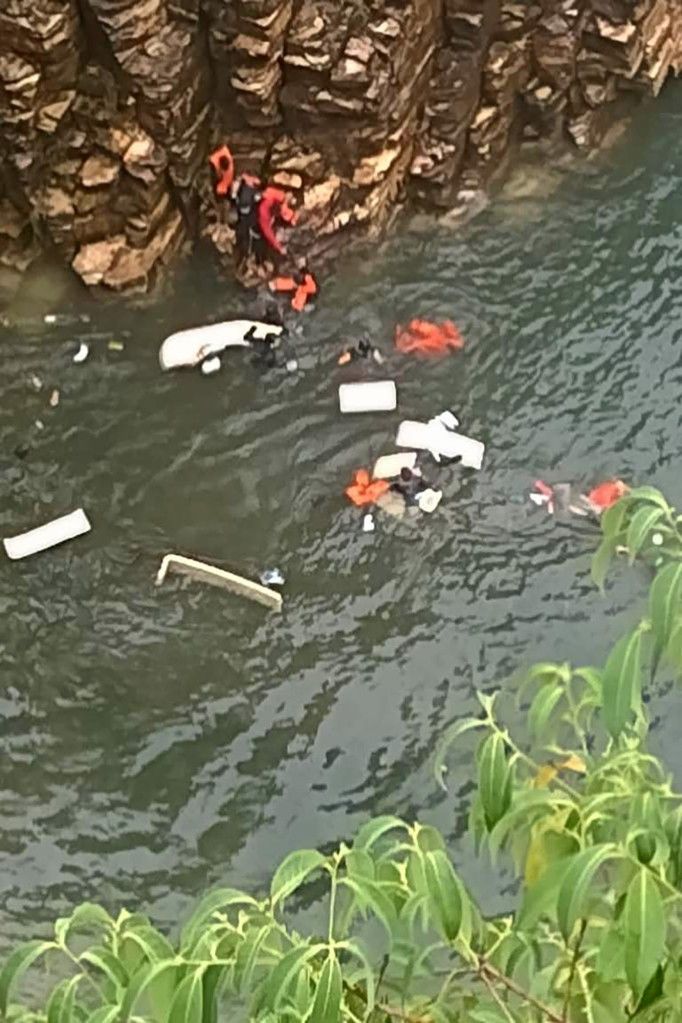 “We are suffering the pain of a tragedy in our state,” governor Romeu Zema said.