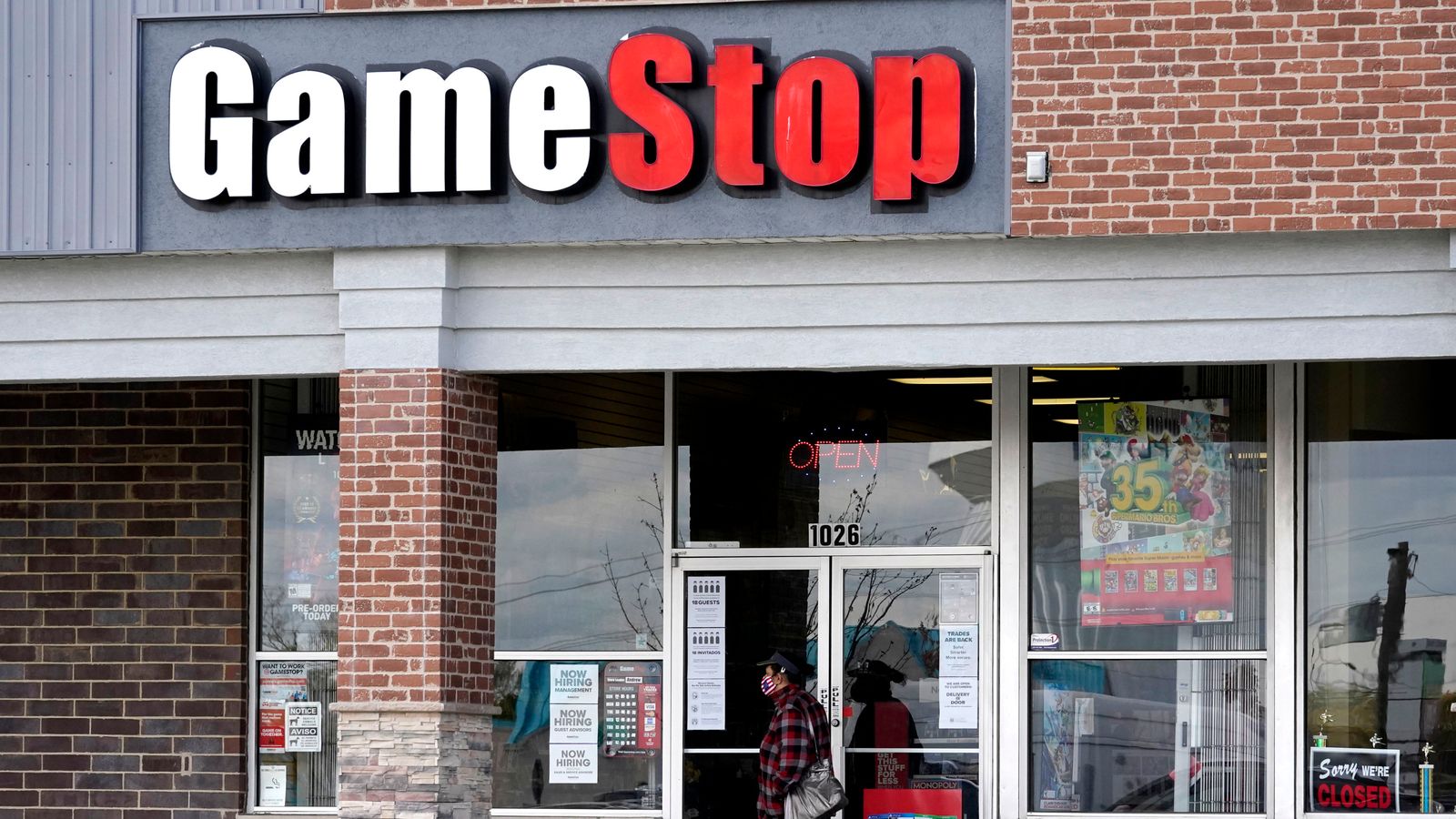 Key figures at the heart of the saga line up to insist there was no foul play as politicians search for weaknesses in the market.

The chief executive of Robinhood has dismissed suggestions the zero-commission trading platform tried to stop its own users profiting at the expense of hedge funds during the GameStop saga.

Vladimir Tenev was among prominent figures involved in the share trading frenzy last month to give evidence to a House of Representatives' committee investigating any possible wrongdoing and potential conflicts in the market's structure.

There was an unprecedented surge in the struggling retailer's market value when users of a forum on Reddit, who largely held accounts on Robinhood, collaborated to inflict billions of dollars of losses on hedge funds and other so-called short-sellers - those betting that the share price will fall. 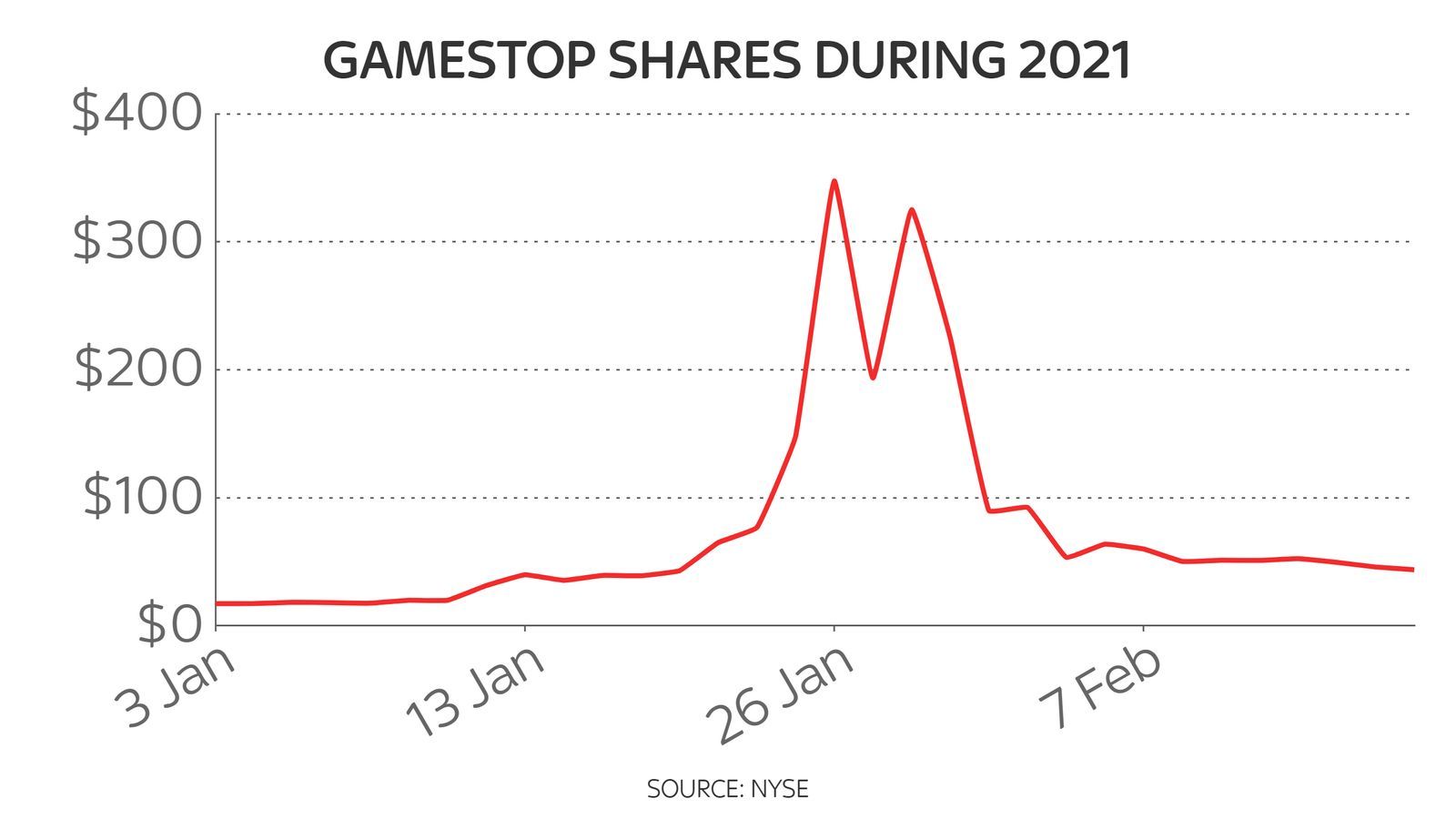 The chart reflects closing daily prices during the year to date

It culminated in shares nearing $500 each at an intraday peak - from a lowly $20 - as stock options were greedily snapped up.

They were changing hands for $43 on Thursday as politicians attempted to get to the bottom of whether punters had been short changed when the price eventually crashed at the beginning of February.

A particular concern expressed before the hearing was that Robinhood, which has more than 13 million users, and some competitors had restricted and even suspended trading on the stock and shares in other companies at the height of the trend.

It drew fury at the time from prominent lawmakers, including Republican senator Ted Cruz, who accused the platforms of protecting the hedge funds at the expense of the little guy.

But Mr Tenev told the House financial services committee, in written evidence before Thursday's hearing, that the decision to halt buying was solely due to the need to meet regulatory capital requirements.

"Any allegation that Robinhood acted to help hedge funds or other special interests to the detriment of our customers is absolutely false and market-distorting rhetoric", he said.

He said of the trading restrictions: "Despite the unprecedented market conditions in January, at the end of the day, what happened is unacceptable to us.

"To our customers, I apologise, and please know we are doing everything we can to make sure this can't happen again."

His counterpart at hedge fund Citadel, and majority-owner of the company that handles the bulk of Robinhood's customer orders, denied any influence over Robinhood's decision.

Kenneth Griffin said the first he had learned of trading restrictions at Robinhood was via the news media.

One member of the committee accused him of "wasting my time" and failing to answer as he questioned the executive on whether Citadel gives better prices to certain brokerages.

Another to defend his role was a YouTuber known as Roaring Kitty, whose real name is Keith Gill. 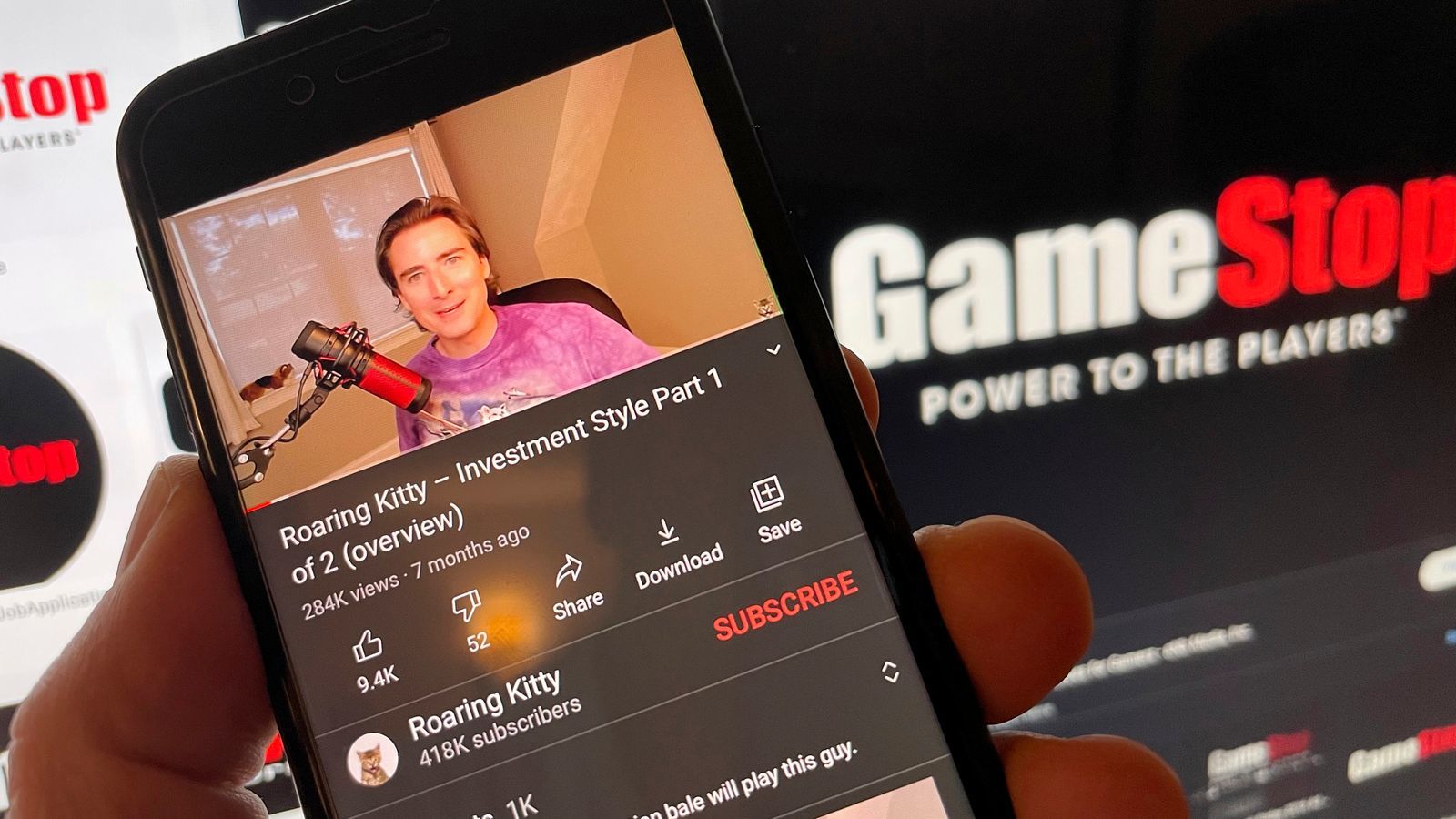 Keith Gill, aka Roaring Kitty, is being sued by subscribers over claims he misled GameStop investors

He dismissed suggestions that he had helped coordinate the GameStop rally in some way through recommendations on his video channel.

Mr Gill, who is reported to have collected healthy profits from his holdings, insisted his pre-frenzy investment was solely based on publicly-known fundamentals of the business.

It was revealed on Wednesday that he was facing a class action lawsuit brought by investors who claim he duped them into buying options.

Mr Gill has dismissed the allegations as baseless.

He told the committee during his evidence: "I am not an institutional investor, nor am I a hedge fund.

"I do not have clients and I do not provide personalised investment advice for fees or commissions.

"I am just an individual whose investment in GameStop and posts on social media were based upon my own research and analysis."