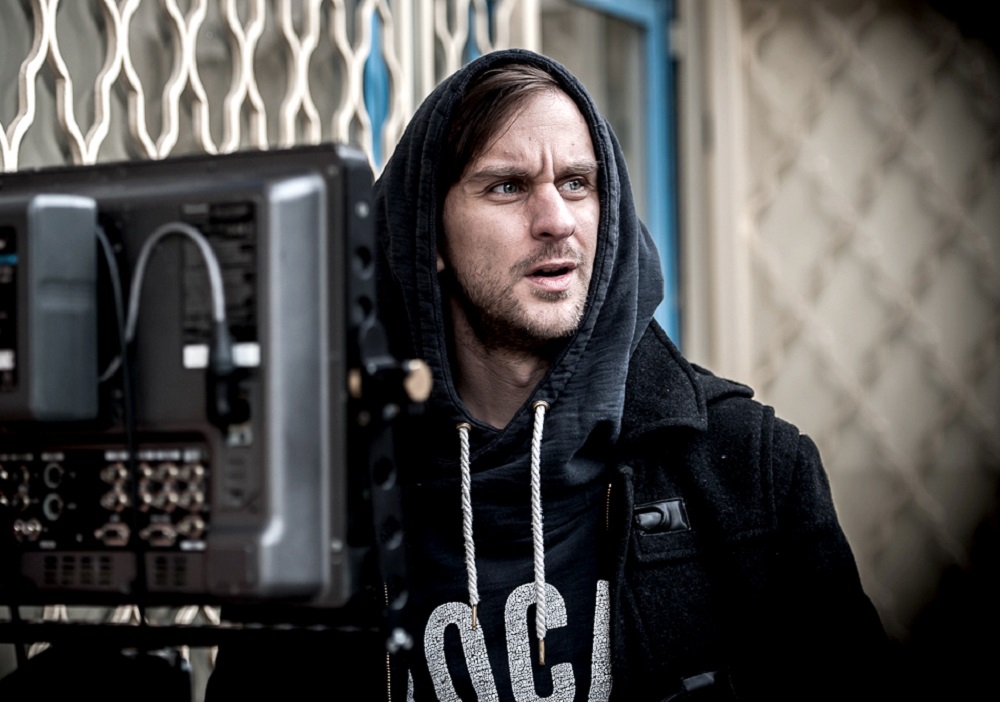 “I don't think it's possible to recreate something real by building a set; the right sets have to be found”

Hungarian director Gábor Fabricius presented his first feature film Erasing Frank [+] in Critics’ Week at this year’s Venice Film Festival. With this debut, he has created a highly suggestive drama about a young man who is treated as a political enemy because of his supposedly subversive music. We talked with the director about the concept of the film, his research and his visual inspiration.

Cineuropa: Why is it important for you to tell this story today?

Gábor Fabricius: I think that our consciousness is pretty fragile. How we see the world is based on the information we absorb everyday through different channels, this is how we understand reality. At a young age we hear stories and are confronted with values that form our identity. If some information is blocked or we are misinformed, this obviously has an impact on how we see the world. I have the impression that this is a gradually growing problem. It is easy to modify information, if it's only a little bit, to make you think differently. Statistics say that people consume media 6.5 hours a day and this makes it pretty easy to brainwash someone. With the film, I wanted to show how different powers are able to modify our way of thinking, when it comes to political, economical and ideological issues. I wanted to show how manipulation works.

How did you develop the concept of the film and do your research?

I have always been interested in those times, but thought it was pretty weird that films rarely touch the core of the communist regime. I grew up in the 1980s/90s, went to London for my Masters, and there, I was asked to describe how this period was. It was really hard to tell others, since I wasn't used to put it into words and have a critical discussion about it. For years it was my constant problem to try and find the essence of those years. Political psychiatry is a symbol of it: there were a lot of lies about these kinds of institutions. Even today, some people think they existed to help others. I had to rely on the private archives of people, since all documents have been cleaned up, destroyed and burned by the ministry of interior. It took me two years to make my research on the specific historical background of the time. Even though the structure of the film is fictional, 95% of what we tell has happened to someone at some point. All the issues come together like in a mosaic – what is actually reflected in the cinematographic language.

How did you find your main protagonist?

We held castings and saw around 1,500 people. We needed someone strong enough in every sense. Someone with a personality that could bear all the weight of the main character and also the film itself, since the actor would be visible 100% of the screen time. We knew he would make or break the film. We wanted a real person that we would be able to observe and let him be, following a documentary approach. The actor comes himself from the underground music sphere, and already has an anti-establishment and anti-mainstream attitude in general. He had never acted before, but he does have his music career and is extremely good on stage. Moreover, he could find himself in the story, as his father left him too, just like Frank's father, and he grew up on his own.

Were you able to shoot in a real institution?

Yes, the hospital where we shot was torn down after we finished the film, but it was used in the 1970s and 1980s. We didn't touch too much at the décor, and used the rooms and foyers as they were. In general with the setting, we didn't touch too much, and tried to find the real spots, in order to recreate fake ones. I don't think it's possible to recreate something real by building a set; the right sets have to be found, to bring the film back to those times.

Why did you choose to work with a handheld camera? And how did you develop your visual approach?

Music is an essential element of the film. Where does the music you use come from? Are those original lyrics?

I have friends that are underground punk musicians and they wrote the songs for the film. The songs are fictional and the band in the film is fictional as well. But the some of them are real musicians who were active in the ‘90s. The lyrics shouldn't be clearly understandable for the audience, since the words themselves won't mean anything. Or you could say that, in a different country, different words would be dangerous. It is the audience that actually has to fill in with its own lyrics. I wanted the audience to be a part of the creative process, to be able to reflect things back to the film.