It comes amid renewed calls for tighter gun control laws in the US after 21 people, including 19 children, were killed in a mass shooting at a school in Texas in May.

A furniture company in the US is developing bulletproof desks for schools.

Tennessee-based First Line Furniture has teamed up with the creators of ballistic tables with the aim of distributing them in schools to protect students from shootings.

In an NBC video, a demonstrator shows how teachers or students can roll the desks up against a door and lock the wheels.

Another three tables in the classroom would flip to form a triangle that could shield up to 30 children and the company said the 360lb (163.3kg) desk is easy to operate.

They work by releasing a lever to put the table in position to form a barricade.

It has been tested with grenades, handguns and machine guns, with the table absorbing the bullets.

John Jerman, who is president of Office Furniture Works, said: "The shooter comes to the door - it's locked. He shoots the lock out. All the rounds go into the table. It's not metallic. There's no ricochet.

"No penetration. In fact, the table never even moved off its spot when it was shot."

The company added that the tables can be used to protect police officers from a shooter outside the classroom. 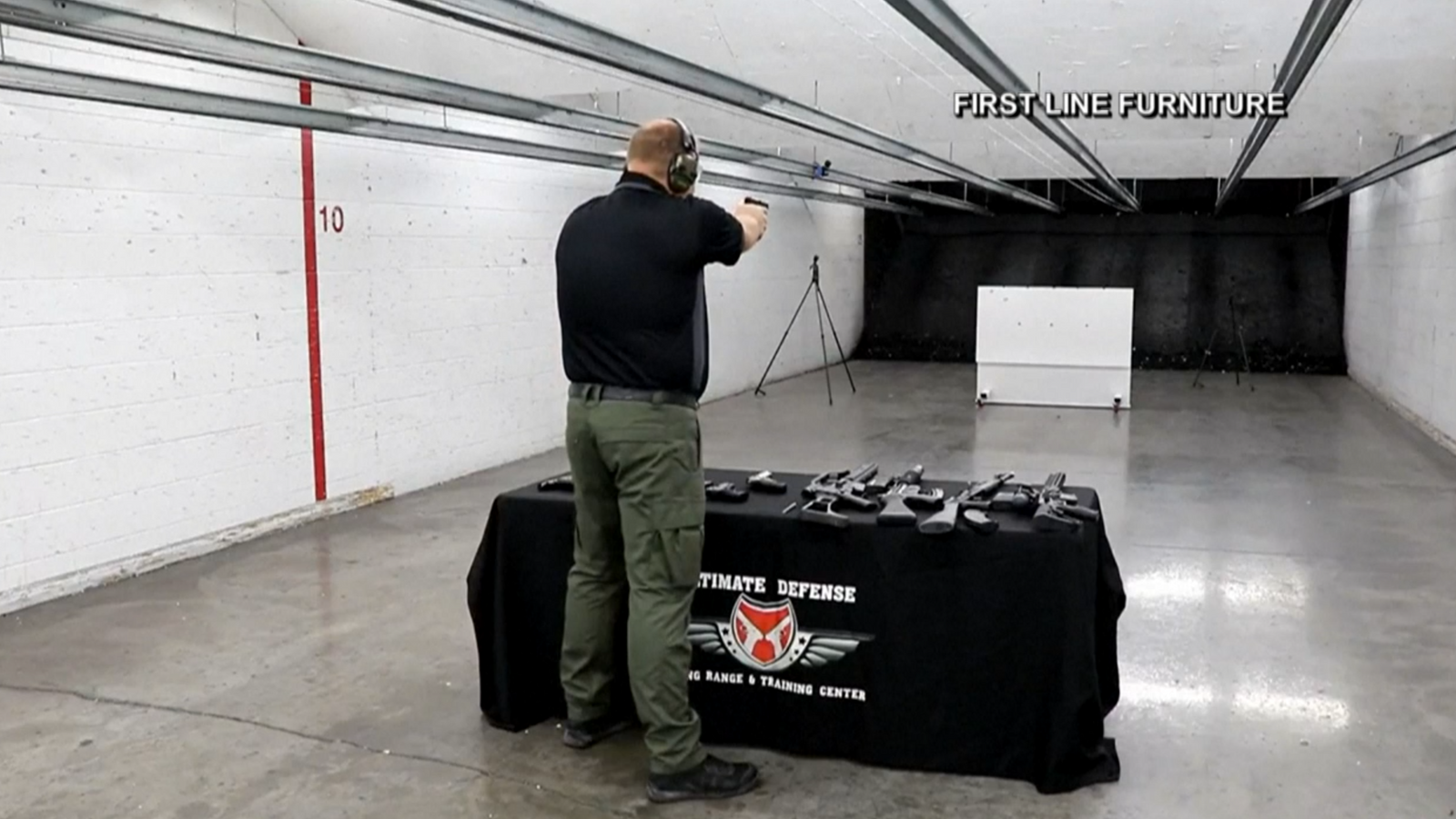 The company is based in Tennessee

It comes amid rising calls for tougher gun control laws in America, after several mass shootings in recent months.

On 24 May 21 people, including 19 children, were killed in a deadly massacre at Robb Elementary School in Texas.

The House of Representatives is meeting on Wednesday over proposals to ban certain semi-automatic weapons after a previous federal ban expired in 2004.

Meaningful changes to gun laws in the US are always vigorously opposed by the gun lobby and most Republicans.

However, last month the most significant reforms in decades were passed, including tougher checks for buyers aged under 21 and funding for states to bring in "red flag" laws to take weapons away from people considered a threat.