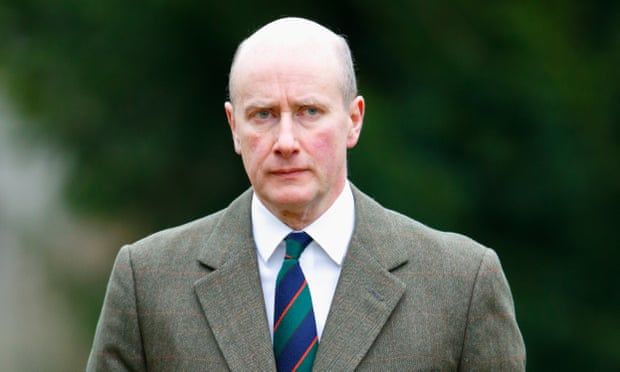 Boris Johnson’s ethics adviser has been accused of failing to investigate a potential “funds for favours” scandal after the prime minister was cleared of rule-breaking over his Downing Street flat refurbishment.

Christopher Geidt shut his investigation without commenting on Johnson seeking funds for the works from a Conservative donor while promising to consider plans for a “great exhibition”. Expectations also faded that another inquiry, led by parliament’s standards commissioner Kathryn Stone, would go ahead.

However, it emerged that the UK’s data watchdog has launched an investigation into the Cabinet Office after a complaint that it failed to release WhatsApp messages exchanged between Boris Johnson and the Tory peer who financed his flat renovation, David Brownlow.

Pressure on Lord Geidt to reopen his investigation mounted on Friday night when Angela Rayner, Labour’s deputy leader, said his decision to close the case “raises a number of serious concerns and questions”.

She claimed the original finding that Lord Brownlow had “altruistic and philanthropic motives” for paying for the flat refurbishment, and that there was “no reasonably perceived conflict”, appeared undermined by the WhatsApp messages.

The existence of the messages emerged as part of a probe by the Electoral Commission that concluded in December but their contents were only published on Thursday.

They showed Johnson told Brownlow parts of his No 11 flat were a “tip” and he was keen for his decor designer to “get on with it”, asking if he could put her in touch “for approvals”. The prime minister added: “PS am on the great exhibition plan Will revert.”

In his reply, Brownlow said he would “get it sorted” and “approval is a doddle as it’s only me and I know where the £ will come from”, adding: “Thanks for thinking about GE2.”

The great exhibition plan was backed by Brownlow, who several weeks later met to discuss it with the then culture secretary, Oliver Dowden. On Friday, Johnson’s spokesperson confirmed that No 10 passed on an inquiry about the suggested event to Dowden’s department.

Johnson was forced to offer a “humble and sincere apology” for not recalling the messages, and blamed “security issues” – thought to relate to when his personal phone number was posted online – for not having access to the phone they were on.

Rayner said it was “irrelevant” whether Brownlow’s motives were altruistic, and added: “The issue is that a reasonable person could surely perceive that his financial relationship with the prime minister has provided him with privileged access to government, and that relationship was undeclared at the time.”

Rayner accused Geidt of holding Johnson to a “far weaker” standard for potential conflict of interests than that set out in the MPs’ code of conduct, adding: “This suggests that you will hold ministers to a lower standard of transparency than backbench MPs.”

She called on Geidt to publish a new or amended report, but senior Whitehall sources downplayed such a possibility. “It’s probably not going to get anywhere,” said one. “I’m sure Lord Geidt will issue a polite reply.”

While Stone was waiting for the Electoral Commission and Geidt’s inquiry to conclude before proceeding, the standards commissioner was said to be unlikely to launch an investigation of her own. This is because Johnson’s flat was used by him in a ministerial capacity, meaning any potential wrongdoing would need to be judged against the ministerial code.

Rayner called on 9 December for Stone to launch an investigation into whether Johnson broke the rule that MPs have to be honest, given the non-disclosure of the texts with Brownlow. However, even if Stone dismisses it, Labour could make a separate complaint based on the new evidence that emerged this week.

The MPs’ code of conduct makes clear that ministers are bound by the ministerial code, which is not enforced by the standards commissioner. But it adds allegations about “failure to abide by the rules on lobbying for reward or consideration” are within Stone’s scope.

In further criticism of Geidt’s inquiry, Labour’s lawyers wrote to him on 4 January after stories appeared in the press suggesting Johnson would be cleared of breaching the ministerial code. The solicitors’ firm Edwards Duthie Shamash said the “apparent failure” of Geidt’s investigation to obtain the WhatsApp messages was “more than unfortunate”.

Geidt was accused in the letter of “failure to ask the searching questions necessary to get to the truth of this matter and that such failures should not allow the prime minister to escape the consequences of apparent breaches of the ministerial code”.

The lawyers added: “The recent briefings have done little to restore my client’s faith in the processes over which you preside.” Geidt did not respond, but his office said in reply to another letter sent several weeks previously that it “is not generally appropriate” for him to “engage in legal correspondence in respect of the discharge of his functions”.

Separately, the Cabinet Office is being investigated after it was asked in a Freedom of Information request for all correspondence between Johnson and Brownlow but claimed there was nothing to hand over.

The data watchdog, the Information Commissioner’s Office (ICO), received a letter from Rayner in December raising “concerns” because the Electoral Commission report had unearthed texts exchanged between Johnson and Brownlow. “We are now conducting inquiries about the handling of this request,” a senior official at the ICO confirmed in response, saying it was a “live case”.

Sajid Javid, the health secretary, defended Geidt, saying he was “very well respected and has a very fiercely independent role”.

Downing Street said Brownlow was given no special treatment. “Ministers have a range of ideas and proposals put to them by various people – through MPs, through other parties,” Johnson’s spokesperson said.
#boris johnson  #johnson
Add Comment