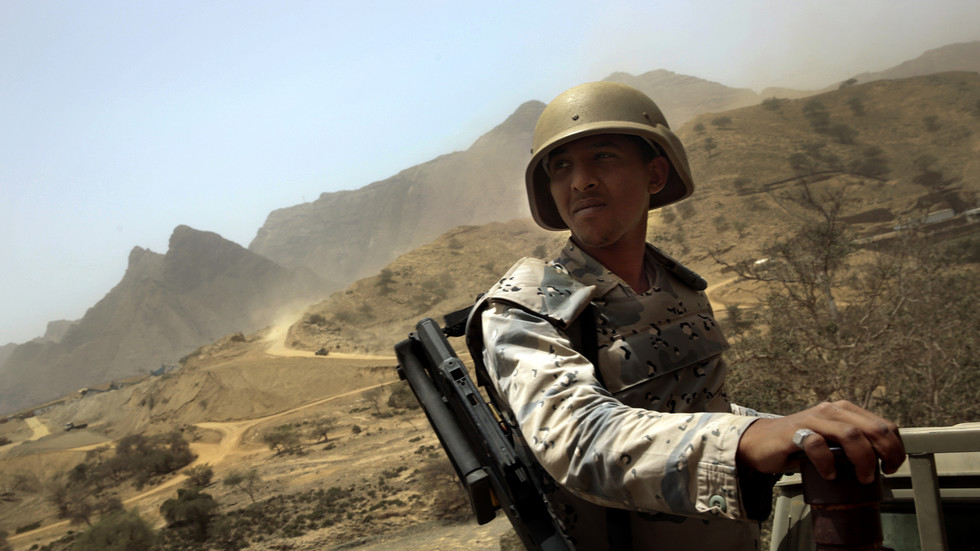 A shadowy unit of British troops has reportedly been providing on-site training and support to Saudi forces in Yemen, bringing fresh scrutiny to the official UK stance of not being “party” to the ongoing conflict in the country.

For months, some 30 soldiers have been stationed at the coalition-occupied Al-Ghaydah airport in the restive eastern province of Mahra, according to news outlet Declassified UK. A number of human-rights groups have alleged torture of detainees at a prison located in the airport.

“The tasks assigned to them so far are military training and logistical support, either for Saudi forces or Saudi-backed militia that are elements from the Southern Transitional Council (a Yemeni secessionist group),” said Hameed Zaabnoot, a tribal leader who has organised ongoing mass sit-in protests against Saudi presence in Mahra.

Relaying that British forces were located in specially designated areas of the airport, Zaabnoot told the publication that they numbered “between 20 and 30 instructors, 10 of (whom) are permanent.” He added that the soldiers arrive aboard Saudi military aircraft and are not bound by visa checks.

“Saudi forces carry out strict security measures against civilian or military personnel inside the airport,” he said, claiming that mobile phones were prohibited, which made it difficult to photograph the British troops.

According to Naser Hakem Abdullah Awidh, a local journalist embedded with Saudi forces at the airport who has seen the soldiers on site, this is no “minor” unit but a “fully-fledged force.”

The outlet said the soldiers have been there for months and reportedly even conduct tourist trips in mufti.

Claiming that it seeks a “sustainable political solution,” Whitehall has repeatedly denied any active involvement – former UK minister of state for the Middle East Alistair Burt told Parliament in 2019 that it was “not a party to” the war – in the coalition, which seeks to reinstate the Abdrabbuh Mansur Hadi government that was toppled by the Houthi rebellion in 2015.

Despite such disavowals, the British military and its defence industries are widely understood to be key actors in sustaining the war effort. They are particularly involved in the training, advising and supplying of Saudi air force operations that bomb Houthi strongholds.

For instance, in the five-year period of conflict between 2015 and 2020, the country’s leading arms manufacturer BAE Systems was learned to have sold £15 billion ($20.27 billion) worth of arms, training and other services to Saudi armed forces.

In 2019, however, the extent of British involvement in the conflict became public knowledge, after news emerged of elite Special Boat Service commandos being injured in an alleged gun battle in the Sa’dah area of northern Yemen.

As well, British air defence teams have been deployed to Saudi Arabia to man Giraffe radars that track Houthi drones and rockets since February 2020. Their presence comes at a £2.3-million ($3.1 million) hit to UK taxpayers thus far.

In an interview in Arabic broadcast last month by Yemen’s Al-Mahriah TV channel, UK ambassador Michael Aron did not deny that British forces were in the country.

“We support efforts of fighting terrorism and smuggling. This has been our position for a long time,” Aron said, adding that the UK has “good and deep relations with the legitimate government.”

However, in March 2021, Mahra’s former deputy governor Sheikh Ali Salem Al-Huraizi had denied that there were terrorism threats in the area and demanded the withdrawal of all foreign forces, including UK and US troops – the presence of which was exposed during US ambassador Christopher Henzel’s visit in December 2020.

“The UK’s defence relationship with Saudi Arabia includes training courses, advice and guidance. This supports the efforts of Saudi Arabia to protect national and regional security, as well as their military’s compliance with international humanitarian law,” the spokesperson said.