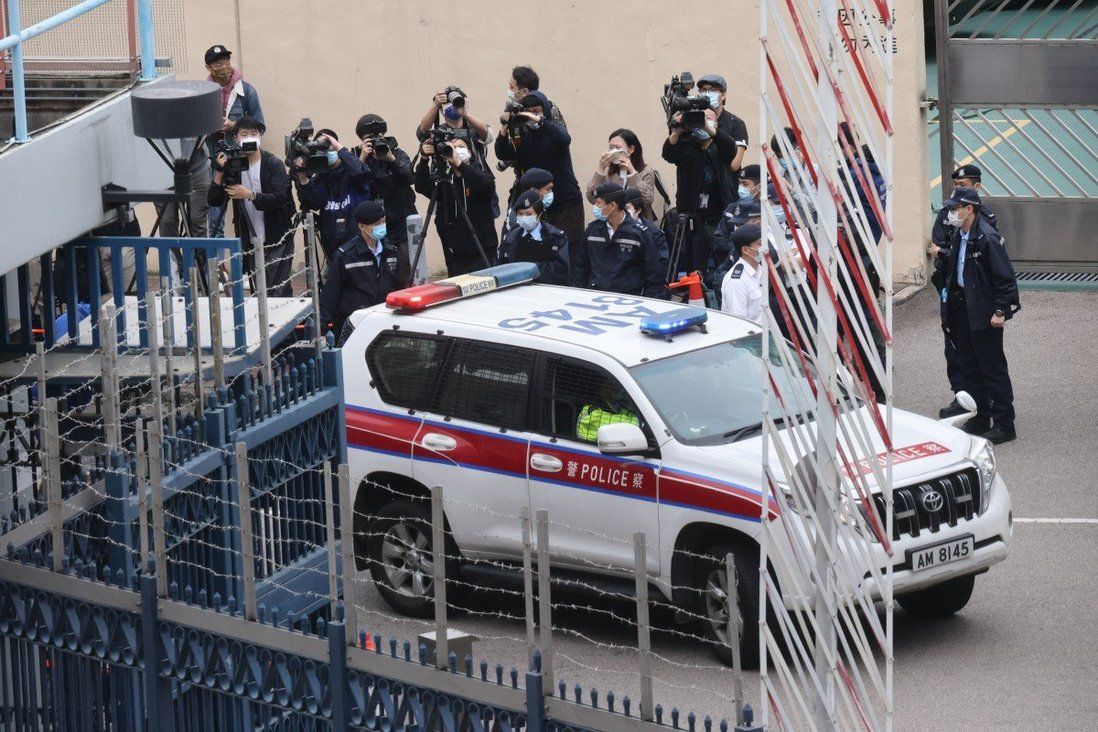 Andy Li was allegedly one of the conspirators behind fugitives’ escape bid last summer, according to a police source.

A Hong Kong activist who was among eight fugitives sent back to the city by mainland Chinese authorities was arrested after his return for allegedly helping the group to abscond, according to a police source.

Andy Li Yu-hin was allegedly one of the conspirators behind the escape bid of 12 fugitives, himself included, who were arrested in mainland waters last summer while trying to flee to Taiwan on a speedboat, the source said on Tuesday.

The 30-year-old has not been charged yet, as he was detained by police’s national security unit for questioning on Tuesday.

The source said Li was likely to face prosecution on Wednesday, though he would not be taken to court as he had to undergo two weeks of quarantine following his return from a Shenzhen detention centre.

“We are seeking legal advice from the Department of Justice to see what offence he will be charged with,” he added.

He and seven others sent back on Monday were each jailed for seven months in Shenzhen for illegally crossing the border during their attempt to reach Taiwan on August 23.

Two underage suspects were previously returned to the city on New Year’s Eve, while the remaining two convicted of organising the escape are still serving their sentences.

Their cases were heard in four courts on Tuesday, as prosecutors asked for an adjournment of up to two weeks pending the completion of their quarantine orders.

Police’s handling of Monday’s handover sparked criticism from a local lawyer helping the fugitives. She accused police of keeping the detainees’ families in the dark and interviewing Li in the absence of his lawyers.

The lawyer, Chow Hang-tung, said on Tuesday four of the eight had managed to contact their families, and some had met their relatives.

But she declined to give an update on whether all of them, including Li, had met their lawyers, citing worries from the legal practitioners in answering that.She called the police arrangement “mainlandised” and “politicised”, as the fugitives could not call their families even after they were brought back to Hong Kong. “This is abnormal. That is their right,” she said.

The barrister also took the force to task for placing “unnecessary obstacles” between lawyers and their clients by refusing to identify the police stations where the fugitives were being held. “This certainly did not respect their right to meet their lawyers,” she added.

Chief Executive Carrie Lam Cheng Yuet-ngor refuted the accusation on Tuesday, saying the rights of the eight would be safeguarded during their detention.

“They are fugitives. They had committed a crime, tried to flee Hong Kong, and did not want to bear the legal responsibility. The [Hong Kong] government must act in accordance with the law,” Lam said.

She added: “Police must act in accordance with the law, and they would not deprive any right enjoyed by citizens, including the fugitives.”