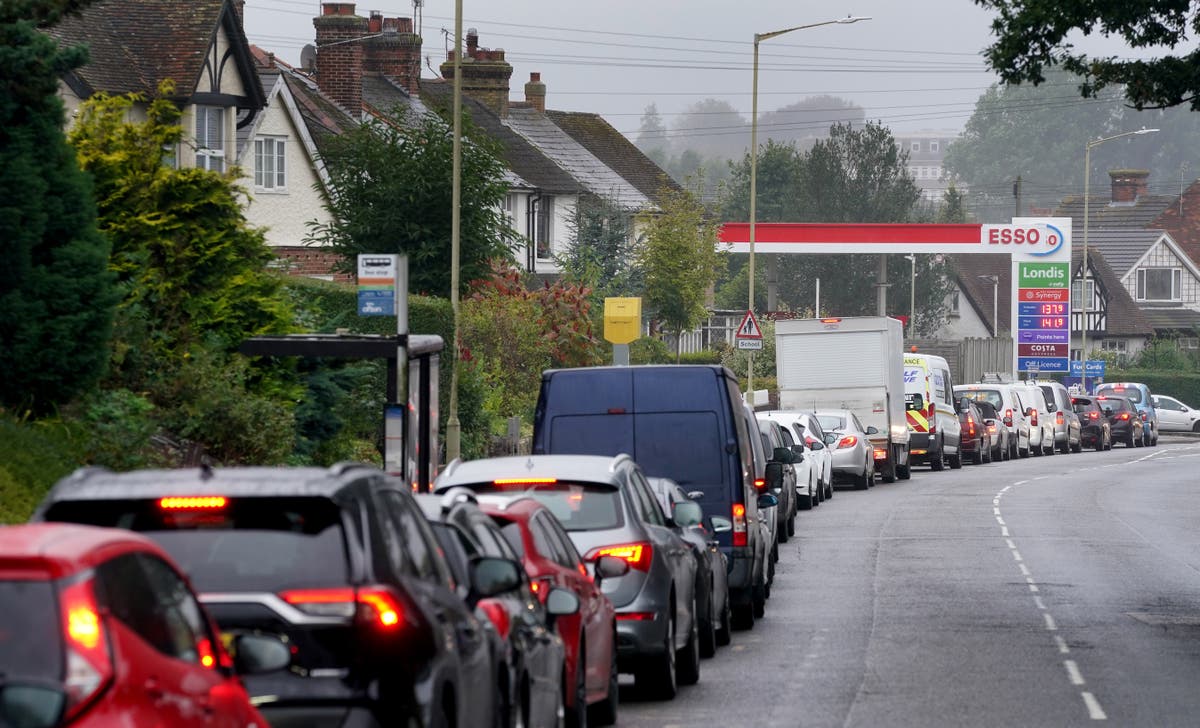 The fuel supply crisis is now predominantly affecting London and the South-East while the rest of the UK is virtually back to normal, retailers have said.

The Petrol Retailers Association (PRA), which represents nearly 5,500 of the UK’s 8,000 filling stations, said more than a fifth of forecourts were still dry in the South East.

The Army are set to start driving driving tankers from Monday, which the PRA said it hoped would help ease the crisis.

While shortages are still bad in the South-East they are “virtually at an end in Scotland, the North and Midlands”, it added.

As of Sunday morning, 22 per cent of filling stations in the UK’s most populous region were dry. The BBC reported that only 60 per cent had both grades of fuel available.

Brian Madderson, chairman of the Petrol Retailers Association, said there were only “one or two dry sites” north of London and that the “general improvement has continued”, but that the situation in London and the South-East remained difficult.

Speaking to Sky News, he said: “It’s all really to do with the population, we have 25 million-plus living in and around London [and the] home counties.”

Earlier on Sunday, Prime Minister Boris Johnson admitted he has known for months that the UK’s haulage industry was in trouble, as he indicated the supply chain problems besetting the economy could continue until Christmas.

On the opening day of the Tory Party conference in Manchester, the Prime Minister insisted the fuel crisis is “abating” despite continuing reports of long queues for petrol in some parts of the country.

However, he acknowledged the UK economy is facing “stresses and strains” as it moves away from the “broken model” which, he said, had been rejected by voters in the 2016 Brexit referendum.

But Mr Johnson insisted he will not solve the issues in the labour market – which have led to warnings of shortages on the shelves in the run-up to the festive season – by pulling “the big lever marked uncontrolled immigration” to allow in large numbers of foreign workers.

Asked on the BBC’s The Andrew Marr Show about a warning by Chancellor Rishi Sunak that shortages could continue to Christmas, Mr Johnson said: “Rishi is invariably right in everything he says.”

He then added hurriedly: “It depends how you interpret what he is saying.”

In comments made later on Sunday during a visit to a youth centre in east Manchester, Mr Johnson said he would keep “all options on the table” to fix the delivery difficulties being witnessed, but stressed industries would also have to step up.
#boris johnson  #johnson
Add Comment