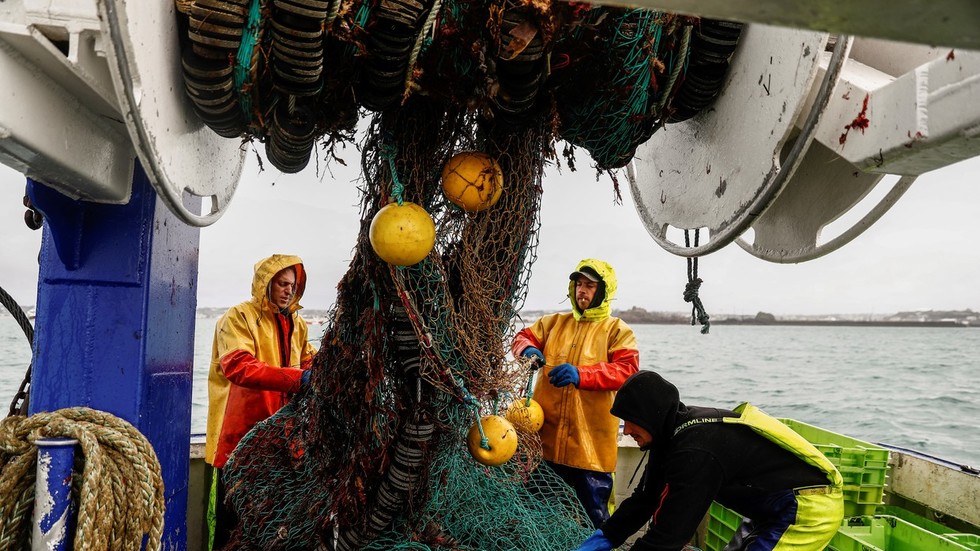 The UK has been threatened with a Christmas blockade, cutting it off during the festive period, in an escalation of the fisheries row between London and Paris, as French fishermen claim they were “deceived” over fishing licences.

The president of the fishing committee for the northern Hauts-de-France region, Olivier Lepretre, stated that one option being considered to pressure the UK over the fishing licence row is a Christmas blockade at the port of Calais, prohibiting exports into Britain during the Christmas period.

“As far as French fishermen in northern France are concerned, in the absence of any results, the blocking of the port of Calais and exports to the United Kingdom for the period leading up to Christmas is an option,” Lepretre said after meeting with France’s minister of the sea, Annick Girardin.

The UK and France have been at odds following Britain’s departure from the European Union over the issue of fishing rights, with the latest dispute centring on the granting of fishing licence applications by the British government.

In Hauts-de-France, Lepretre stated that only 31 out of the possible 70 eligible fishing vessels have so far been granted licences to operate in UK waters, which he blasted as “unacceptable.” Back in September, the UK government confirmed it had only approved 12 out of 47 applications received from small French fishing vessels in that month. Similarly, officials in Jersey rejected 75 out of 170 applications received from French fishermen.

The threats from French fishermen come after France threatened to cut off electricity to British Crown dependencies in the English Channel, including Jersey, over the dispute. French minister Clement Beaune warned the UK that, without a resolution to the fisheries row, “we will take European or national measures to exert pressure on the UK.”

The UK has repeatedly rejected the claims from the French government and fishing industry that it has behaved in an “unreasonable” manner, with Brexit Minister Lord David Frost stating on Monday that the government has been “extremely generous” in granting licences, urging the EU to not resort “to threats quite quickly.”
Add Comment