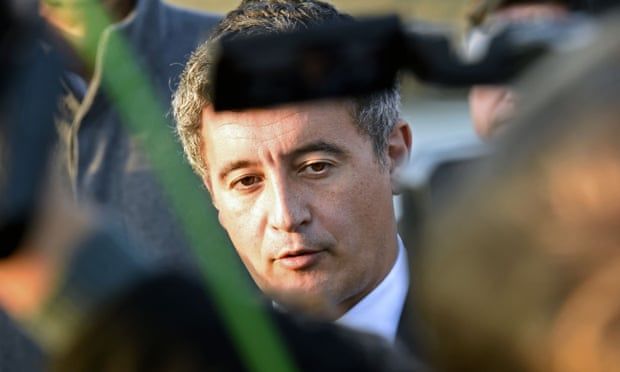 The French interior minister has called for the start of negotiations for a migration treaty between the European Union and Britain.

Gérald Darmanin also urged the British government to “uphold its promise” to finance the clampdown against migrants who gather on the northern French coast seeking to cross into England.

“We need to negotiate a treaty, since Mr [Michel] Barnier did not do so when he negotiated Brexit, which binds us on migration issues,” the interior minister said, adding that France will champion the project when it takes over the EU’s rotating presidency in January.

Barnier, who is now running for president in France, was the EU’s Brexit negotiator during the fraught talks on a deal to cover relations with the UK after it left the EU.

Darmanin was speaking during a visit to Loon-Plage, a town on the northern French coast.

The issue of the trafficking of migrants across the Channel to southern England is a constant source of friction between Paris and London, not least on the question of the costs incurred in policing them.

A total of 15,400 people attempted to cross the Channel in the first eight months of this year, an increase of 50% on the figure for the whole of 2020, according to French coastguard statistics.

“The [British] government has not yet paid what it promised us,” Darmanin said. “We call on the British to keep their promise of financing since we are maintaining the border for them.”

Under an agreement reached in July, Britain agreed to finance border security in France to the tune of 62.7m euros.

The home secretary, Priti Patel, in September threatened to withhold the money in light of the record numbers of migrants arriving from France.

“France has held the border for our British friends for over 20 years,” said Darmanin.

The French side has hired more gendarmes, bought more technological equipment and thereby “succeeded in greatly reducing migratory pressure”, he added. France is “an ally of Britain” but “not its vassal”, he said.

Over the past three months France has stopped 65% of attempted crossings by migrants, up from 50%, the interior minister said.

Darmanin added that he had received assurances from the director of the European border surveillance agency, Frontex, that it will be prepared by the end of the year to monitor the coastal area, notably through aerial surveillance.
#priti patel
Add Comment