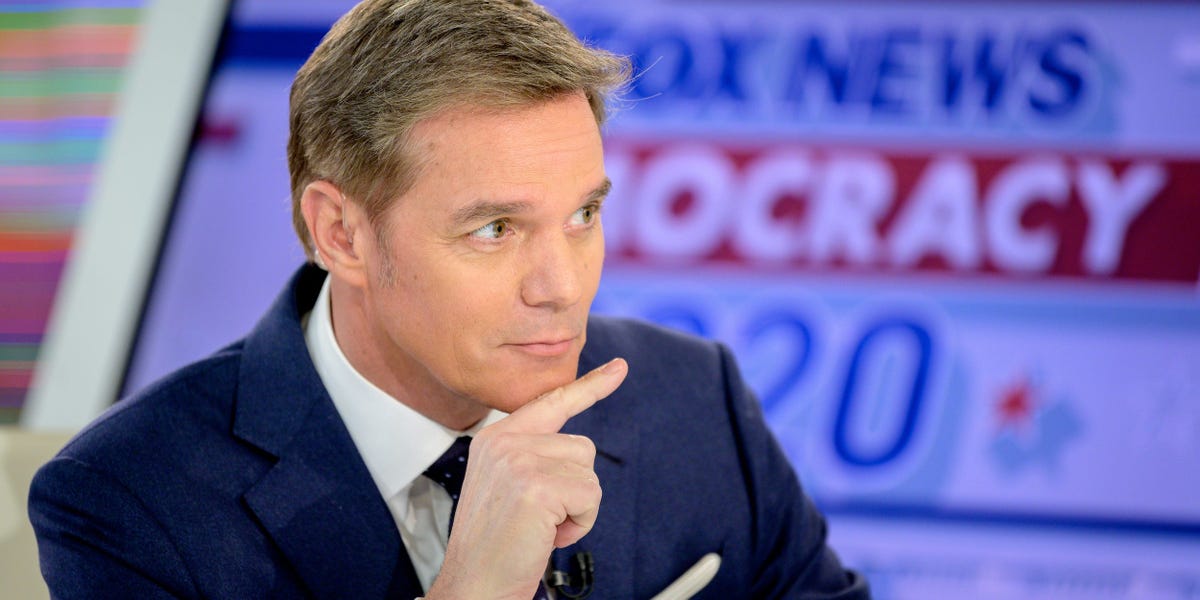 Bill Hemmer's comments were about a Chicago committee formed amid protests over the summer to review the names of 41 statues, including 5 of Lincoln.

A Chicago committee examining the names of more than 500 statues, sculptures, and other public art landmarks could open the doors to biblical figures facing the wrath of cancel culture — or so speculated Fox News host Bill Hemmer.

"If they start canceling American presidents, they'll come after Bible characters next," he said Friday. "Mark my words, right?"

Similar segments on Fox News became more common over the summer during the height of Black Lives Matter protests and incidents of vandalism in cities around the country.

Hemmer and co-anchor Dana Perino brought on Fox News headlines reporter Carley Shimkus to discuss the name changes with particular attention to those of former presidents, such as Abraham Lincoln.

Shimkus said Lincoln's statue — of which five are under consideration — "could be removed from the city."

"And you know, over the summer, statues were ripped down," Shimkus said. "It was violent. It was wrong. It was illegal."

"But," she added, "I think equally troubling would be to have a group of professional people go through this months long process, look at the history of these men and what they represent to our country, and still decide to take these statues down."

The criteria for the more than 500 sites under the committee's purview are broad, and city officials have stopped short of saying all 41 statues will be taken down or even renamed at all, according to the Chicago Tribune.

A downtown street was renamed Ida B. Wells Drive in 2018 after being known as the Congress Parkway in honor of the journalist and civil rights leader who documented and exposed lynchings beginning in the 1890s. Few other sites have been renamed recently, while a statue of poet Gwendolyn Brooks was unveiled in the same year, according to the Tribune.

City officials have described the committee as a conversation starter "for the development of new monuments that rethink the place, purpose and permanence of monuments in our public spaces."