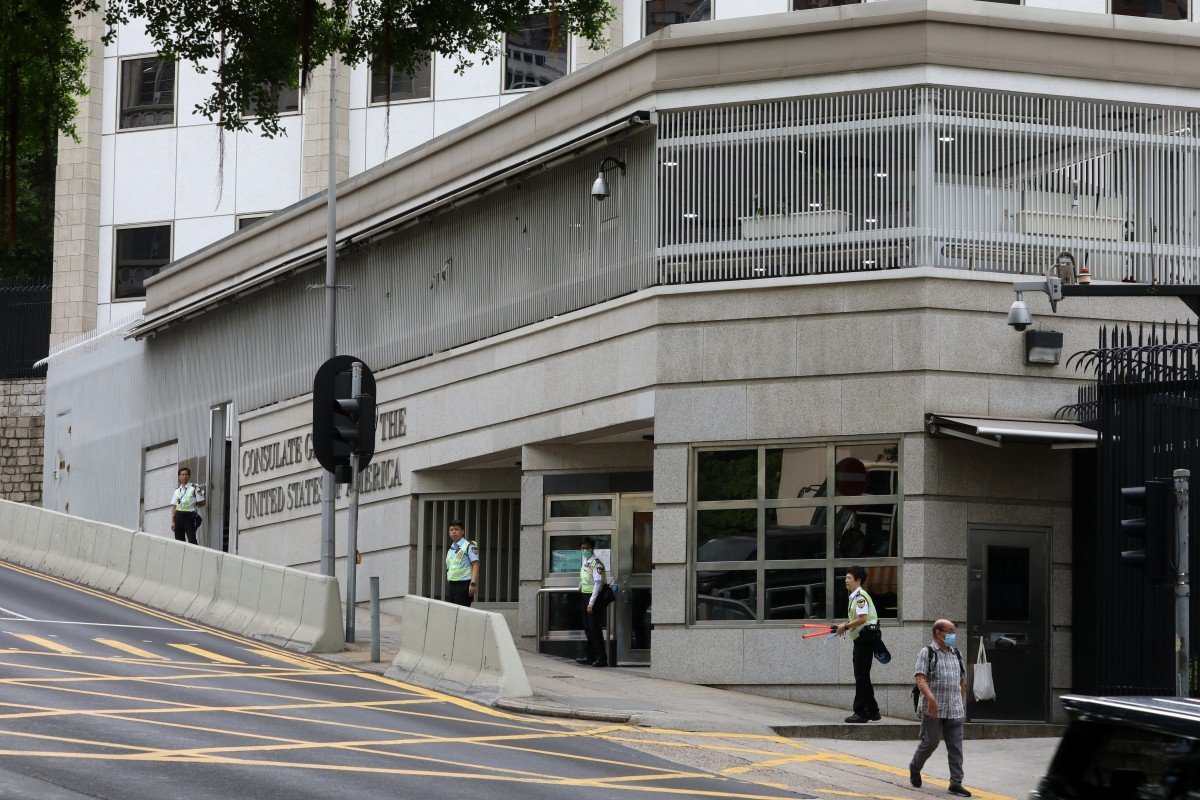 The four ran up to talk to security guards, who allowed them inside the compound, but they not did to stay. Incident came after arrest of three others tied to now-defunct Studentlocalism group.

Four Hong Kong activists entered the US consulate on Tuesday afternoon in a dramatic bid for asylum, just hours after the city’s police national security unit arrested the former leader of a pro-independence group as he was planning a similar move at the diplomatic mission.

It is understood that the four – after a Post reporter saw them running up Garden Road and talking to security guards at the entrance before they were allowed into the compound – were later rejected, but there was no official confirmation.

Sources said mainland Chinese officials in Hong Kong were aware of their attempt and closely monitoring what could have erupted into a major diplomatic row, had the would-be asylum seekers been accepted.

One source familiar with the situation said the group was seeking asylum in the United States, and the Post can confirm that at least one of them faces charges stemming from last year’s anti-government protests. 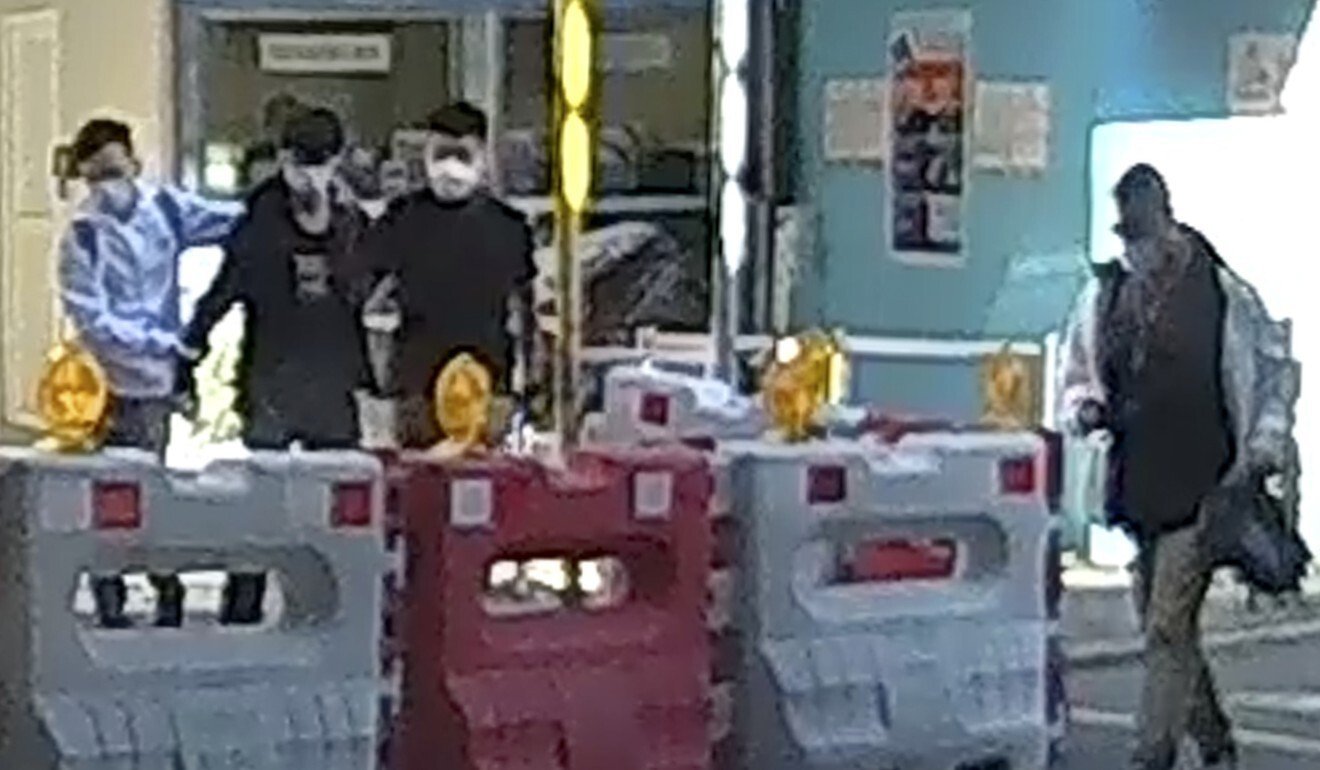 A government spokesman said it would not comment on media reports but stressed anyone prosecuted under local laws should face trial by “an independent judiciary”, regardless of their political beliefs or background.

“There is no justification for any so-called “political asylum” for people in Hong Kong,” he said.

But with no official statement from mainland or United States authorities, observers and political commentators interpreted the silence as a deliberately quiet handling of the incident to avoid inflaming tensions between Beijing and Washington with Hong Kong in the middle.

They noted that despite the official rhetoric and moves from Washington in support of Hong Kong’s anti-government activists – including a recent decision to include their asylum claims for the first time in its refugee admissions programme – there were limits to how far the US was prepared to go.

The drama began with the arrest of Tony Chung Hon-lam, former convenor of the now-defunct Studentlocalism group, at a Pacific Coffee outlet opposite the US consulate on Tuesday morning.

The 19-year-old activist was detained by several police officers from the national security unit shortly after 8am, before he could approach the consulate for asylum.

Hours later, two former members of the group – Yannis Ho and William Chan – were also arrested when they reported to a police station in connection with their previous arrest on July 29, according to their Facebook page.

Police said they were arrested on Tuesday for administering Facebook pages that contained posts deemed to be inciting subversion, now a crime under the national security law along with acts of secession, terrorism and collusion with foreign forces. 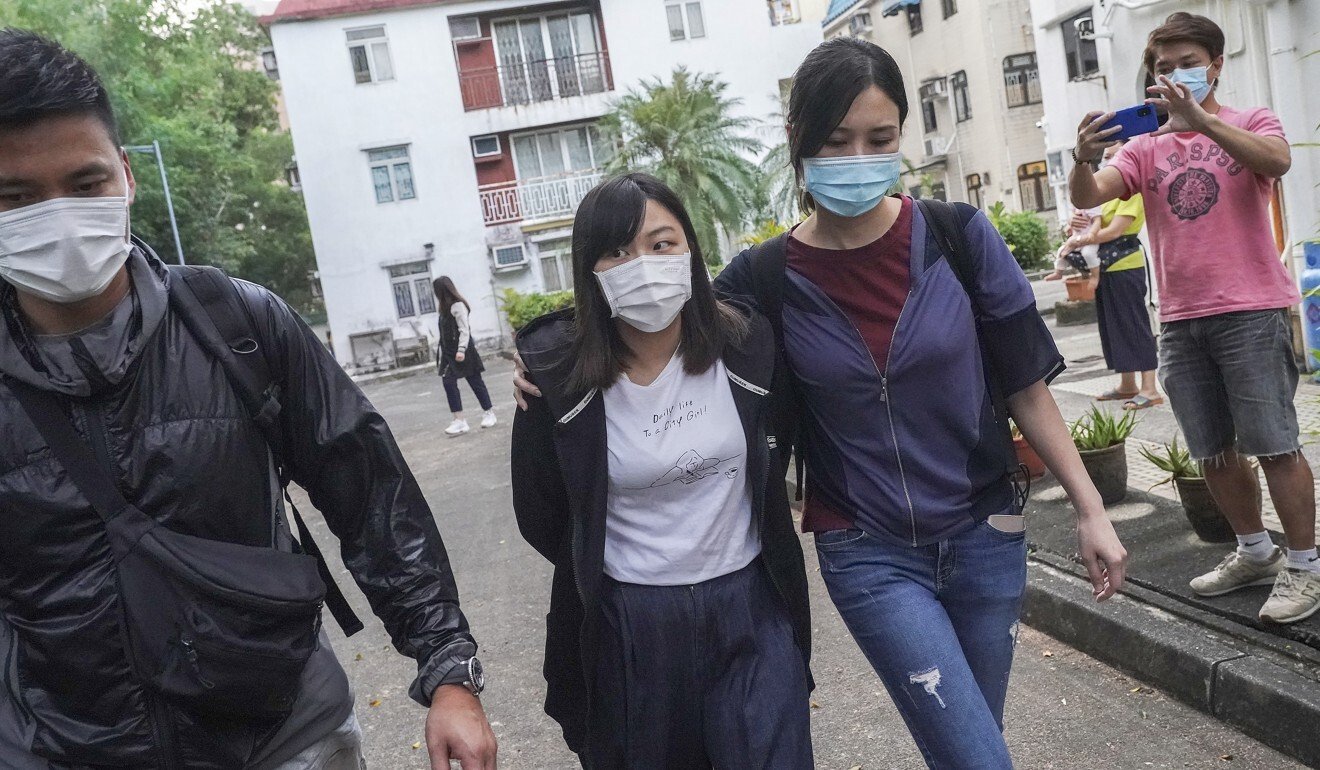 The US consulate had no comment, but the official policy was clear on its website: “Under US law, the United States considers asylum only for aliens who are physically present in the United States.”

A mainland source said both Beijing’s liaison office and the office of the commissioner of China’s foreign ministry in the city were aware of developments since noon and had been “watching the events closely”. But they stopped short of issuing an official response.

Lau Siu-kai, vice-chairman of semi-official think tank the Chinese Association of Hong Kong and Macau Studies, said the way the matter had been quietly handled showed that both sides were trying to avoid any escalation.

“On China’s part, it would like to avoid a political storm,” he said. “As for the US, given the ongoing trade war, it could lead to the US consulate shutting down.”

Lau said the consulate was unlikely to take in relatively unknown or low-profile activists as a matter of practicality, as that could open the floodgates. The diplomatic mission would risk being accused of providing “a base for pro-independence forces”, he added.

Veteran pro-establishment lawmaker and government adviser Regina Ip Lau Suk-yee, a former security minister herself, said the consulate might have done a quick screening and decided that the four did not qualify for asylum.

“[Otherwise] the four could end up stuck in the US consulate like Julian Assange in London,” she said, referring to the Wikileaks founder who sought refuge in Ecuador’s London embassy for seven years to avoid extradition to Sweden, and possibly the US.

University of Hong Kong legal scholar Simon Young Ngai-man, who specialises in extradition law, said: “It would be highly exceptional if they could validly claim asylum or refugee protection outside the United States in a US consulate building.”

Britain-based China watcher Professor Steve Tsang, of SOAS University of London, said the incident showed how much Hong Kong had changed over the past year.

“The passing of the [national security law] has created a sense of fear and concern among activists and perhaps many in the wider population that did not exist previously,” he said. “If the US [consulate] should offer asylum to activists in Hong Kong, it will become a significant incident between the two governments, as the [Beijing] government will not allow the US authorities to secure permission for those concerned to leave Hong Kong, and the US government would not hand them over to the Chinese or Hong Kong authorities, certainly not before the presidential election.”

Friends of Hong Kong, a London-based activist group set up to “defend democracy, rights and freedoms in Hong Kong”, confirmed it had been helping Chung to seek asylum.

A police source said Chung was the administrator of the Facebook pages Hong Kong Studentlocalism US Division and Initiative Independence Party. Since his arrest on July 29, the two pages allegedly continued to run posts inciting subversion.

Chung’s conditions for his HK$2,000 (US$260) bail bar him from travelling for six months and he is required to report to police once a month.

As of October 15, the police national security unit had arrested 22 men and six women.