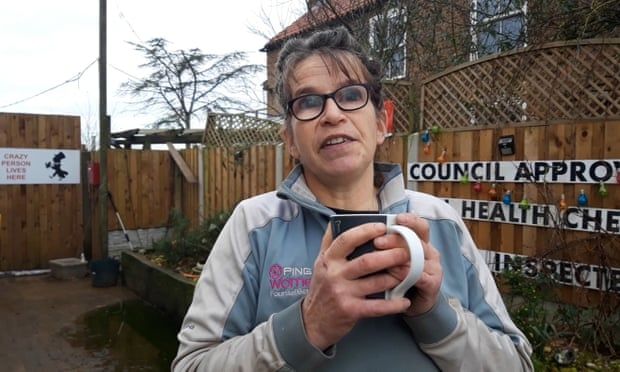 Founder of animal charity in Lincolnshire struck off by regulator

The founder of a £1m animal sanctuary has been struck off by the charities regulator, and the organisation she founded shut down, a year after she was prosecuted by the RSPCA for keeping dogs, cats, horses and pigs in “appalling conditions”.

A Charity Commission inquiry found the Alternative Animal Sanctuary in Boston, Lincolnshire, was chaotically run, spending just £900,000 on the care of animals from an £8m fund raised by the public over seven years.

The watchdog wound up the charity in June and this week banned its chair, Tamara Lloyd, from being a trustee for 15 years. About £400,000 left in the charity’s bank account was distributed to other local animal charities.

Lloyd, whose stated aim was to “ensure animals live as freely as possible … in a relaxed stress-free environment”, was found guilty of 16 animal welfare offences in September 2020 after RSPCA raids found animals disease-ridden, in pain and living in filthy conditions.

A Charity Commission inquiry found the charity had been badly managed, with negligible financial controls and little trustee oversight of the decisions made by Lloyd, who ran the sanctuary on a day-to-day basis and oversaw its governance. Three of the charity’s four trustees were members of the same family, including Lloyd.

Despite raising £1m a year from the public through direct marketing appeals, just a small fraction of the money went to the charity. There was no trustee scrutiny of the contract with the marketing agency, the commission found, and donors were not informed what proportion of the cash they gave was consumed by marketing costs and fees.

Lloyd was paid £2,000 a month by the charity for the use of her property and received regular payments for food and clothes, although there was no formal agreement governing these arrangements and the commission was unable to conclude whether they were all justifiable.

At one point Lloyd unilaterally authorised the purchase and restoration of a vintage horsebox at a cost of £75,000, for which she was reimbursed by the charity. The commission concluded the item “ultimately appeared to have little use for the charity or monetary value”.

Amy Spiller, the head of investigations at the Charity Commission, said: “This case is a reminder that good governance is more than a bureaucratic detail. The trustees’ conduct and the chair’s clear abuse of their position at the Alternative Animal Sanctuary goes against everything we associate with charity.”