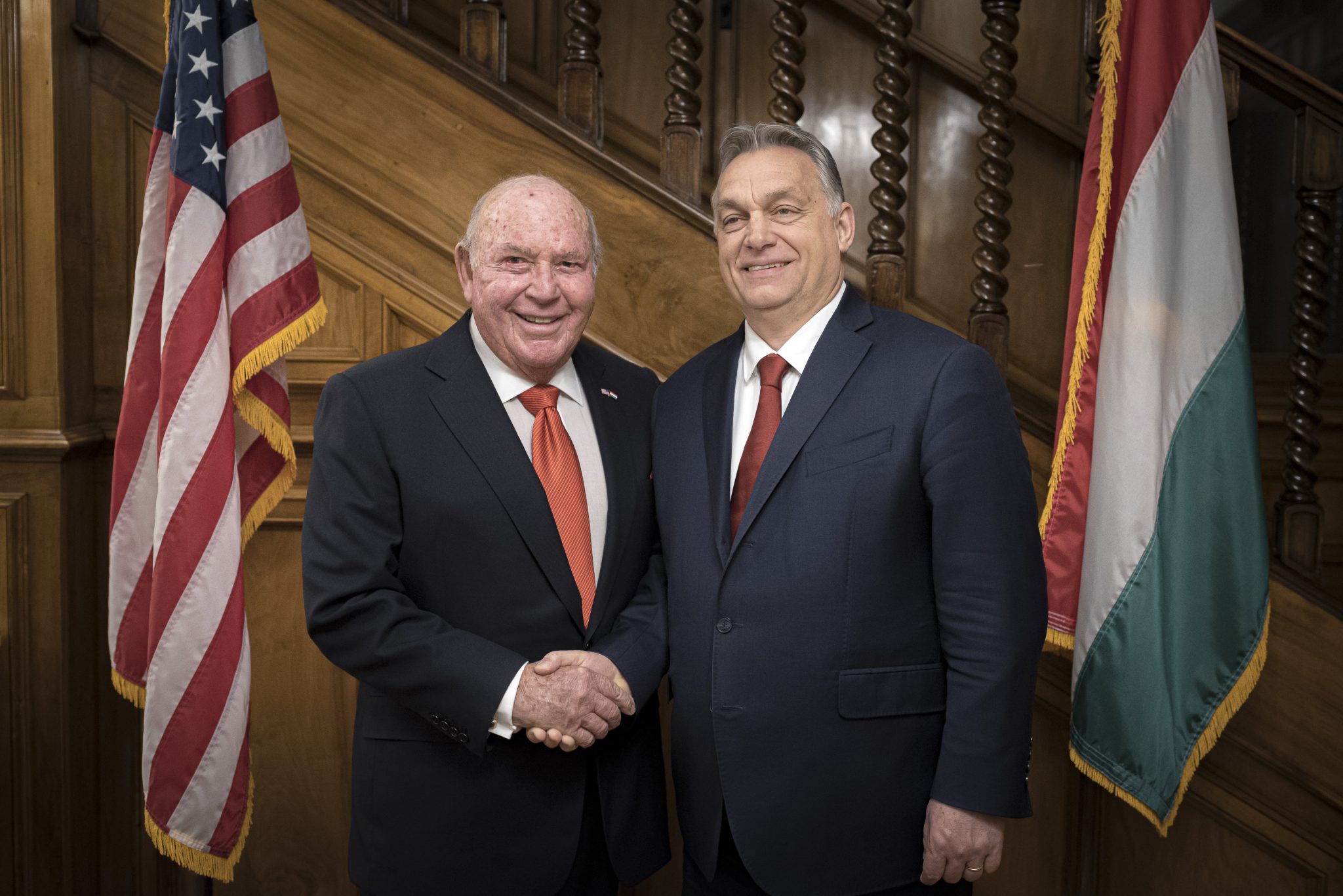 Prime Minister Viktor Orbán’s 11-year tenure as head of government has been one of the most successful periods in Hungary’s history as a democratic country, former US Ambassador to Hungary David Cornstein wrote in an op-ed for the American conservative monthly Newsmax.

Hungary’s economy is prospering and the cost of living is around half that of other European countries, Cornstein wrote. He described Hungary as a “beautiful country” with “wonderful people” who like Americans.

Cornstein added, however, that he most likely would not have accepted the post of ambassador to Hungary had his decision been based on how US media portrayed the country.

The former ambassador said that like most of America’s allies, Orbán’s government was not perfect either, adding that its policies at the same time were rational and had the long-term interests of the nation at heart.

Through his policies of deregulation, tax cuts and handing businesses more freedoms, and by implementing other measures that former US president Donald Trump would also agree with, Orbán has boosted Hungary’s economy, Cornstein wrote. Prior to Orbán’s premiership, Hungary endured eight years of poor leadership by the Socialist governments, he added.

Before the pandemic, Hungary had one of the fastest growing economies in Europe, he wrote, noting that the unemployment rate had been at a record low 3.7 percent.

Furthermore, Hungary’s government wants families to be the ones to profit from the country’s progress since they are the ones who were hit hardest by the pandemic, Cornstein said.

On the issue of migration, Cornstein said that in contrast to the US’s handling of immigration, Orbán immediately ordered the construction of a fence on the Hungarian border during the migration crisis of 2015 to stem the flow of illegal migrants.

Cornstein said Orbán had been the first European politician to warn against the dangers of taking in migrants with radically different backgrounds to that of the local population.

“Orbán was right,” he said, pointing out that having seen “the failure” of Germany’s open-border policy, countries like Austria, Denmark and Sweden all ended up following Hungary’s example.

Migration was one of the issues on which Hungary butted heads with the European Union and which highlighted the differences between Europe’s western liberal democracies and the more conservative eastern member states, he wrote.

On another subject, Corstein said Americans often had a negative view of Budapest’s close ties with Moscow. He pointed out, however, that Hungary’s dependence on Russian energy imports made it vital for it to foster good relations with Moscow.

As regards Hungary NATO membership, Cornstein noted Orbán’s goal of helping to improve relations between the alliance and Russia, citing his argument that Hungary had always lost out in conflicts between East and West.
#donald trump
Add Comment