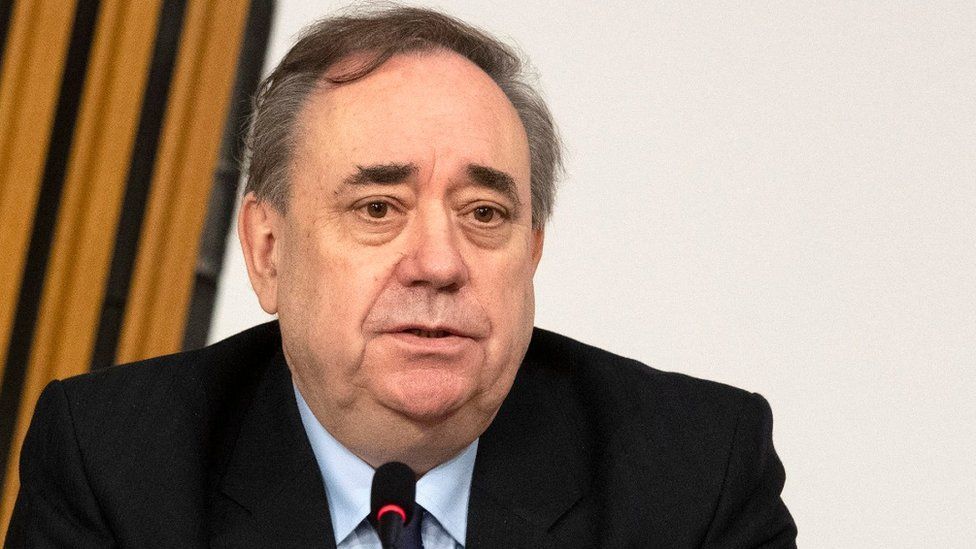 Former SNP leader Alex Salmond has announced the creation of a new pro-independence party which will contest the Scottish Parliament election.

The former first minister said he would be among the candidates who will stand for the Alba Party on regional lists.

Mr Salmond said the aim was to build "a supermajority for independence" at Holyrood after the election in May.

Other parties described Mr Salmond as "discredited" and questioned his suitability for public office.

The announcement came at the end of a dramatic week at Holyrood.

On Wednesday, Mr Salmond said he would take fresh legal action over the conduct of the Scottish government's top civil servant.

A report by MSPs on Tuesday described the government's handling of harassment complaints against Mr Salmond as "seriously flawed".

The previous day, First Minister Nicola Sturgeon was cleared of breaching the ministerial code over her involvement in the Alex Salmond saga.

Alex Salmond is no stranger to making a political comeback - he was twice elected leader of the SNP and served for two separate spells as an MSP.

On the day he stood down from Holyrood for the second time, he told me he would consider returning if Scotland became independent.

Five years later, he's decided to attempt a comeback anyway - on the basis that the SNP and Greens need his help to make independence happen.

The SNP has questioned the appropriateness of his return to public life given the controversy over his personal conduct in recent years.

When I asked him today if he owed an apology to any or all of the women who have complained about his behaviour, Mr Salmond said he accepted the outcomes of the two court cases and three inquiries and wanted to move on.

Mr Salmond was acquitted of all charges in a criminal trial and successfully challenged the Scottish government's process for handling harassment complaints against him in the civil court.

That his reputation has suffered damage along the way would come as no surprise. But it will now be for voters to decide whether or not they want one of the biggest figures in modern Scottish politics back in the frontline.

Mr Salmond said that under his leadership, the Alba Party was seeking to "build a supermajority for independence in the Scottish parliament".

"The party's strategic aims are clear and unambiguous - to achieve a successful, socially just and environmentally responsible independent country," he said.

"We intend to contribute policy ideas to assist Scotland's economic recovery and to help build an independence platform to face the new political realities."

It plans to field at least four candidates on the regional lists in every part of the country.

People have two votes in Holyrood elections - one for a constituency MSP, and another in a regional ballot designed to make the overall result more proportional.

Mr Salmond claimed that if Alba won regional list seats, this could lead to there being 90 or more MSPs at Holyrood who support independence.

What elections are happening? On 6 May, people across Scotland will vote to elect 129 Members of the Scottish Parliament (MSPs). The party that wins the most seats will form the Scottish government. Find out more here.

What powers does the Scottish Parliament have? MSPs pass laws on most aspects of day-to-day life in Scotland, such as health, education and transport. They also have control over some taxes and welfare benefits. Defence, foreign policy and immigration are decided by the UK Parliament.

How do I vote? Anyone who lives in Scotland and is registered to vote is eligible, so long as they are aged 16 or over on the day of the election. You can register to vote online.

He said Prime Minister Boris Johnson, who has already dismissed the SNP's request for a second independence referendum, would "find it much more difficult to say no to a parliament and a country."

The SNP said there were "real questions" about Mr Salmond's suitability to return to public office.

A spokesperson said: "This is perhaps the most predictable development in Scottish politics for quite some time.

"At this time of crisis, the interests of the country must come first and should not be obscured by the self interest of someone who shows no sign whatsoever of reflecting on serious concerns about his own conduct." 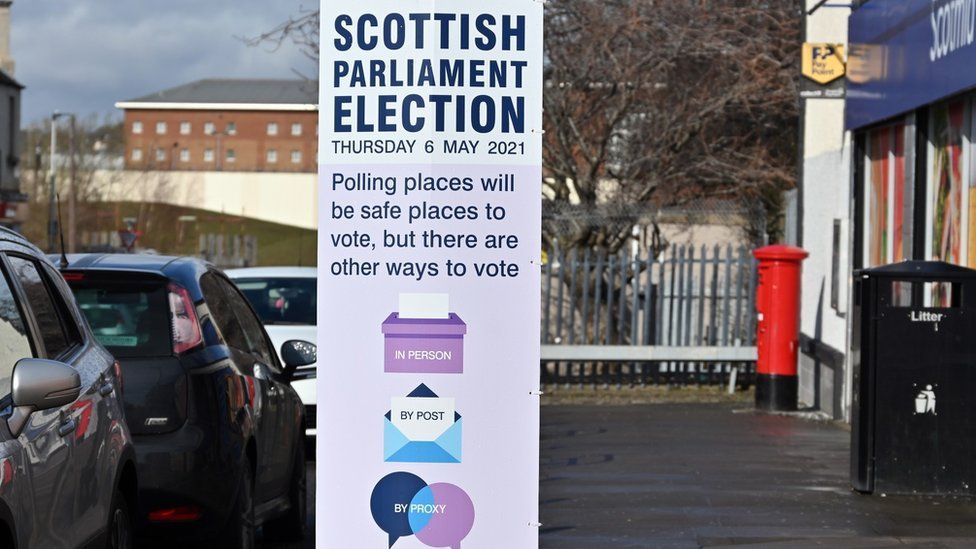 Scottish Conservative leader Douglas Ross said: "Alex Salmond is a discredited figure who admitted appalling behaviour towards women during his time as SNP first minister and right-thinking people will want nothing to do with him or his new party."

He added that his party would do "everything possible" to block another independence referendum and "ensure the Scottish Parliament works towards rebuilding and recovery after the pandemic".

He said: "We are still in the midst of a pandemic. Lives and livelihoods are still at risk.

"This election must be about our national recovery and the people of Scotland's priorities, not the old arguments between personalities who believe their interest matters more than the national interest."

The Scottish Liberal Democrats chair Alistair Carmichael MP said the move was evidence of a feuding within the Nationalist movement.

He said: "There are no questions about Scotland's future to which Alex Salmond is the answer.

"This astonishing announcement shows just how divided the SNP are. A few years ago no one could have imagined that the former first minister and his protege would be at one another's throats."

The Scottish Greens' Ross Greer told the BBC News Channel: "This is the very public meltdown of a thoroughly disgraced individual."

He said the election should be about the future and described Mr Salmond as "a man from Scotland's past who is obsessively pursuing personal vendettas".

"Alex Salmond is less popular in Scotland than Boris Johnson. I'm quite sure that very quickly after today we can go back to ignoring what is a very sad sideshow."

In 2019, the Scottish government admitted it had acted unlawfully while investigating allegations of sexual harassment against Mr Salmond, which he strongly denied.

The following year he was acquitted of all 13 charges of sexual assault after a trial at the High Court.

Giving evidence, Mr Salmond said that in hindsight he wished he had been "more careful with people's personal space".

His defence lawyer, Gordon Jackson, told the court Mr Salmond had not always behaved well and could have been "a better man on occasions" - but had never sexually assaulted anyone.