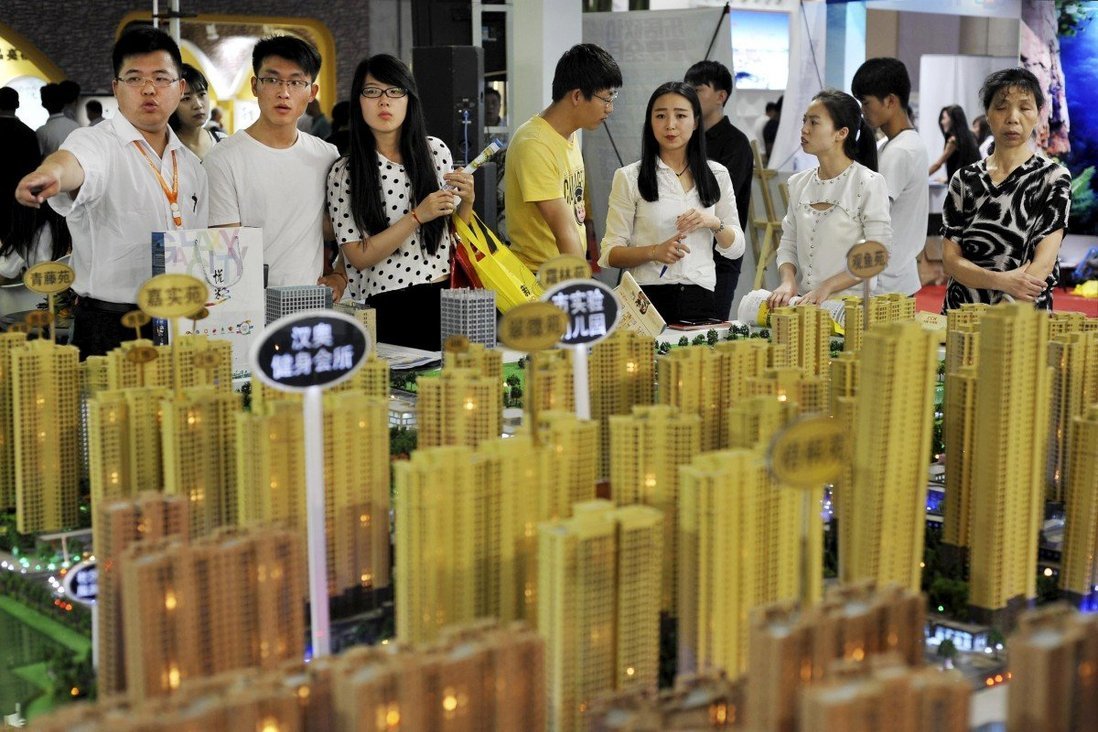 Wealthy and middle-class investors have been the biggest winners in China’s economic boom, but the deteriorating external environment and questions surrounding tech start-ups have made them more risk-averse.

On the surface, there should be little reason for China’s wealthy and middle-class investors to be anxious about their money next year: China will be the only major economy to report positive growth this year, and the recovery is expected to accelerate in 2021.

But discussions with dozens of members in this social group, which comprises the biggest winners from China’s economic boom and its integration into the global economy, reveal that many feel just the opposite. While they are generally living an affluent lifestyle, many worry that the future will not be as prosperous as the past.

In line with the government’s policy shift to focus more on the domestic economy, investors are becoming more cautious about overseas business and portfolio investments, especially given the deteriorating external environment.

And investors are pulling back from more speculative domestic investments in high-risk start-ups, focusing their attention instead on the stocks of well-run Chinese companies and on real estate in first-tier cities as the surest places for their money.

Tom Li, a former senior executive with a foreign firm in Shanghai, recently decided to end his years-long stake in a self-driving start-up project, saying he felt he had lost his way in meeting his financial goals.

Li was part of the innovation entrepreneurship boom that started in 2017, as investors seized

opportunities to get in on the next big thing in tech innovation, well supported by government aid. But some of those investments turned out to be financial failures.

While Li believes that China’s economic fundamentals next year will be better than this year, he says local government and corporate debt risks have made him more cautious about his investments than he was in previous years.

“I will basically only consider investing in the new energy and pharmaceutical industries next year in the stock market,” he said.

Even the hottest home-grown technological breakthrough projects backed by the government come with big question marks, because it is unclear whether, and if so when, they can start production and produce a profit, Li said, citing several examples of Chinese semiconductor projects that have stalled or collapsed in recent months due to funding problems.

“At least in venture capital circles, everyone will be very conservative,” Li said. “You can already see that most private tech start-up projects lack follow-up investments. The uncertainty over [government] policies and funding is increasing, even in fields like fintech and the internet”, which used to be sure-fire investments.

“At the same time, most of my clients, high-net-worth individuals, will be cautious about their investments next year. Funds are expected to remain in the domestic stock market and Shenzhen’s real estate market,” Du said, pointing specifically to investors’ fears over further outbreaks of the coronavirus, as well as to the tightening measures by Chinese authorities – namely over the entry and exit of both individuals and capital.

According to the China Family Legacy Wealth Management 2020 survey report released last month by the Hurun Research Institute, more than half of China’s high-net-worth families – those with at least US$30 million – said they planned to reduce their cross-border investments and considered mainland China their first choice for asset allocation in the period ahead.

The report also indicated that only 30 per cent of ultra-high-net-worth individuals in the country said they would pursue an “active investing” philosophy, down from 61.5 per cent in the 2019 report. And 36 per cent of survey respondents said they were “risk-averse” this year – up from 20 per cent last year.

The report also shows that up to 81 per cent of the high-net-worth individuals surveyed chose bank savings accounts as their basic level of financial investing. They were also being more cautious in their overseas investments, preferring to hold cash in mature overseas financial markets, the report added.

While there is general agreement that the domestic environment is secure for business, many will nonetheless focus on the tried-and-true investment option of Chinese real estate.

“I feel that external international relations and currency exchange rate factors will not affect my company nor personal investments,” said Chen Yue, an investor who works for a Shenzhen-based security and surveillance tech company.

“That’s because all of our equipment suppliers use domestically made parts and focus on the domestic market. The demand for security and surveillance is strong and inelastic in China. Every hospital, school, government department and even private enterprises must install such equipment,” she said. “We are optimistic that we can double our revenues next year, but so far there’s no plan to expand investment.”

Chen, who owns several flats in Shenzhen, said she has already advised relatives and friends to increase their leverage to invest in Shenzhen’s real estate by taking out a second mortgage on their current properties.

On the other hand, traditional manufacturers in the real economy will remain cautious about investing in their sector. Although exports have shown a strong recovery in recent months due to the impact of coronavirus pandemic on foreign production, labour-intensive manufacturing is expected to remain under pressure due to rising domestic costs associated with labour and land.

“Many shoe and garment factories have new orders,” said Huang Weijie, the 44-year-old owner of a small clothing factory in Guangdong province, China’s manufacturing and export hub, who was forced to suspend production from April to September due to weak demand caused by the pandemic. But in November, his factory received tens of thousands of new export orders.

“But who knows how long the recovery can last. Now no one dares to make plans for more than half a year, let alone expand investment,” he said.

He is recruiting about 50 temporary workers to help fill the new orders but said he had no plan to offer full-time jobs.

Other small manufacturers are also worried about the impact of the stronger yuan exchange rate on their export businesses.

“Actually, the current fluctuations in the yuan [exchange rate] are affecting export manufacturers a lot,” said Liu Yijia, who runs a trading company in Zhejiang province. “I have orders priced at an exchange rate of 6.9 yuan to the [US] dollar, and now it’s 6.5. What a loss!

“In addition, the authorities’ attitude towards private enterprises and individual investments is very chaotic, causing us to lose confidence in the domestic investment environment.”

Liu is one of the Chinese “financial refugees” who have borne the brunt of the spectacular collapse of various online peer-to-peer lending schemes and special investment trust programmes tailored to affluent investors.

Zero peer-to-peer lenders were still operating in China by mid-November, down from a 2015 peak of more than 5,000, due to the country’s ongoing efforts to crack down on risky forms of financing, the China Banking and Insurance Regulatory Commission said last month. Fraud and mismanagement in the industry had resulted in more than US$115 billion worth of losses for investors, it said.

“And the stories about Sun Dawu also scared us,” Liu said.

Sun, the founder of Dawu Agricultural and Animal Husbandry Group, and a dozen others were taken away by police in November for allegedly “picking quarrels and provoking trouble” over a land dispute with a state-run farm – the latest in a series of incidents that raised concerns about vulnerability of private firms in the country.