A man has been found guilty of sending racist messages to England football manager Gareth Southgate.

Martin, from Selby, sent messages of "a racist nature", singling out black players in the national team, according to the CPS.

He is due to be sentenced on 13 December.

Mr Southgate was criticised in Martin's emails for decisions the England manager had taken and for defeats the team had suffered, York Magistrates' Court heard. 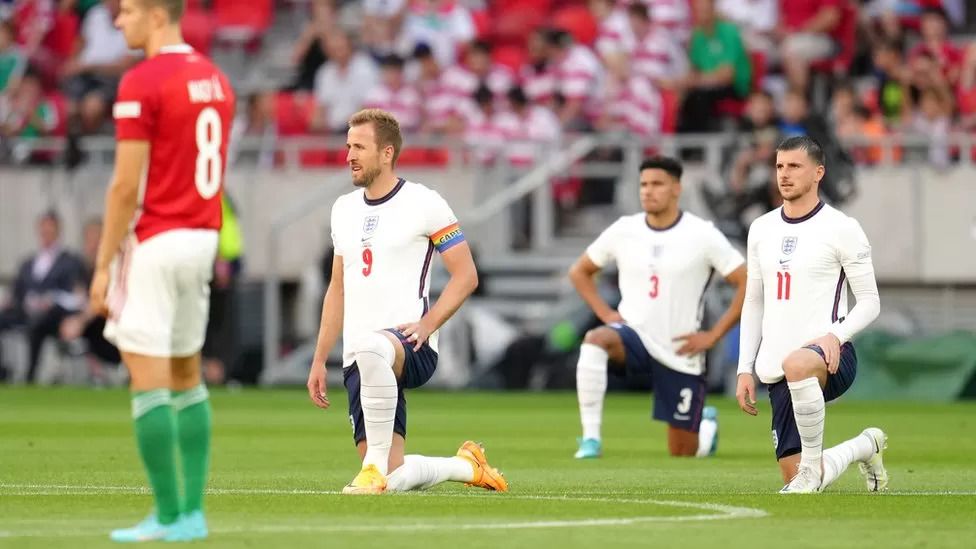 Martin objected to the national side "taking the knee" before their game with Hungary, the court heard
Martin also objected to the team's decision to "take the knee" in support of the Black Lives Matter movement, the CPS added.

On Monday, Martin was found guilty of one count of sending by public communication network an offensive or indecent message.

Before the trial, he accepted he sent the email but denied its contents were offensive or indecent.

Adam Featherstone, Senior Crown Prosecutor, said the content of the message was "not only grossly offensive, but racist".

"Martin now has a criminal record to show for it, which is likely to impact his life and future prospects," he added.