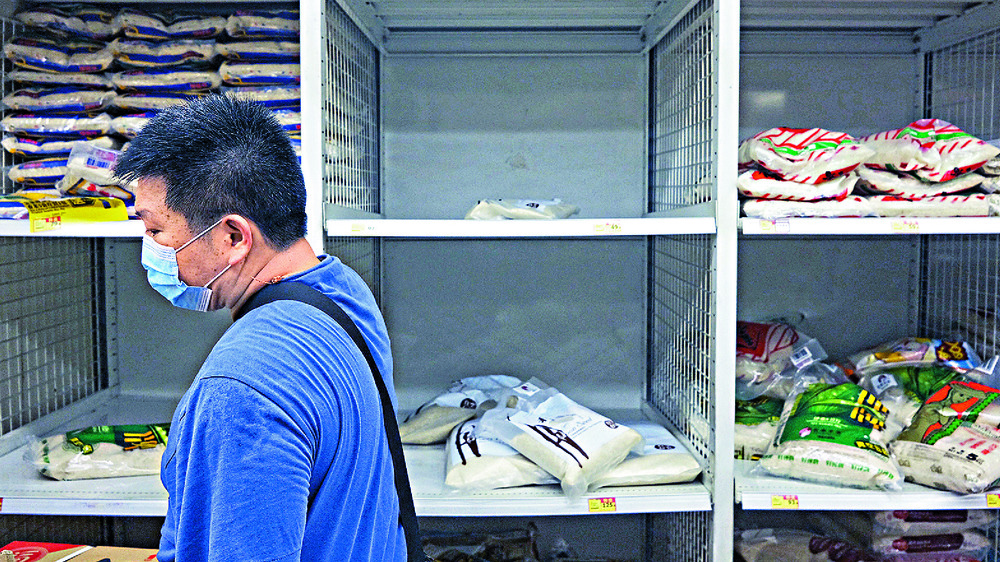 The prices of daily necessities in supermarkets rose higher than the inflation rate, according to the Consumer Council, which conducted a tracking survey of 230 products.

It found aggregate average prices had risen 1.9 percent from 2019 to 2020 - higher than the composite consumer price index's by 0.3 percent.

The rise "indicates consumers' burden to expend on staple food continued to increase," said Lui Wing-cheong, the vice-chairman of the watchdog's research and testing committee.

Nearly two thirds of the items, 147, saw increases higher than the inflation rate.

Of the 13 product categories reviewed, canned food saw the highest rise at 19.9 percent. All 18 canned food items tracked showed increases, with meat seeing the highest, at 25.1 percent, fish 15.4 percent and canned vegetables or soup 17.7 percent. Topping the increases was 32.7 percent for Greatwall Chopped Pork and Ham 198 gram, up from HK$10.70 to HK$14.20.

Next highest for the product categories was the "bread, cake, spread" category at 6.4 percent.

Rice saw hikes for the third straight year, with the latest annual figure coming in at 4.7 percent.

"The council calls on supermarket groups to shoulder more social responsibility and tide over the difficult times together by trying to avoid increasing prices of staple foods and daily necessities," Lui said.

The survey was released within a week after Wellcome announced that it would lock prices on a range of over 350 products for another six months, from April to September, without revealing how many of them are from its own brand. The "Low Prices Locked" campaign was started in October and was supposed to end last month.

"Wellcome is always committed to serving customers with great prices and quality products," a spokesman said. "Under the [Low Prices Locked] campaign, we shoulder any increases in transportation costs, increases in raw material, and any other cost pressures."

For its part, ParknShop said its internal survey found the price increases to be smaller than those the council indicated.
Add Comment