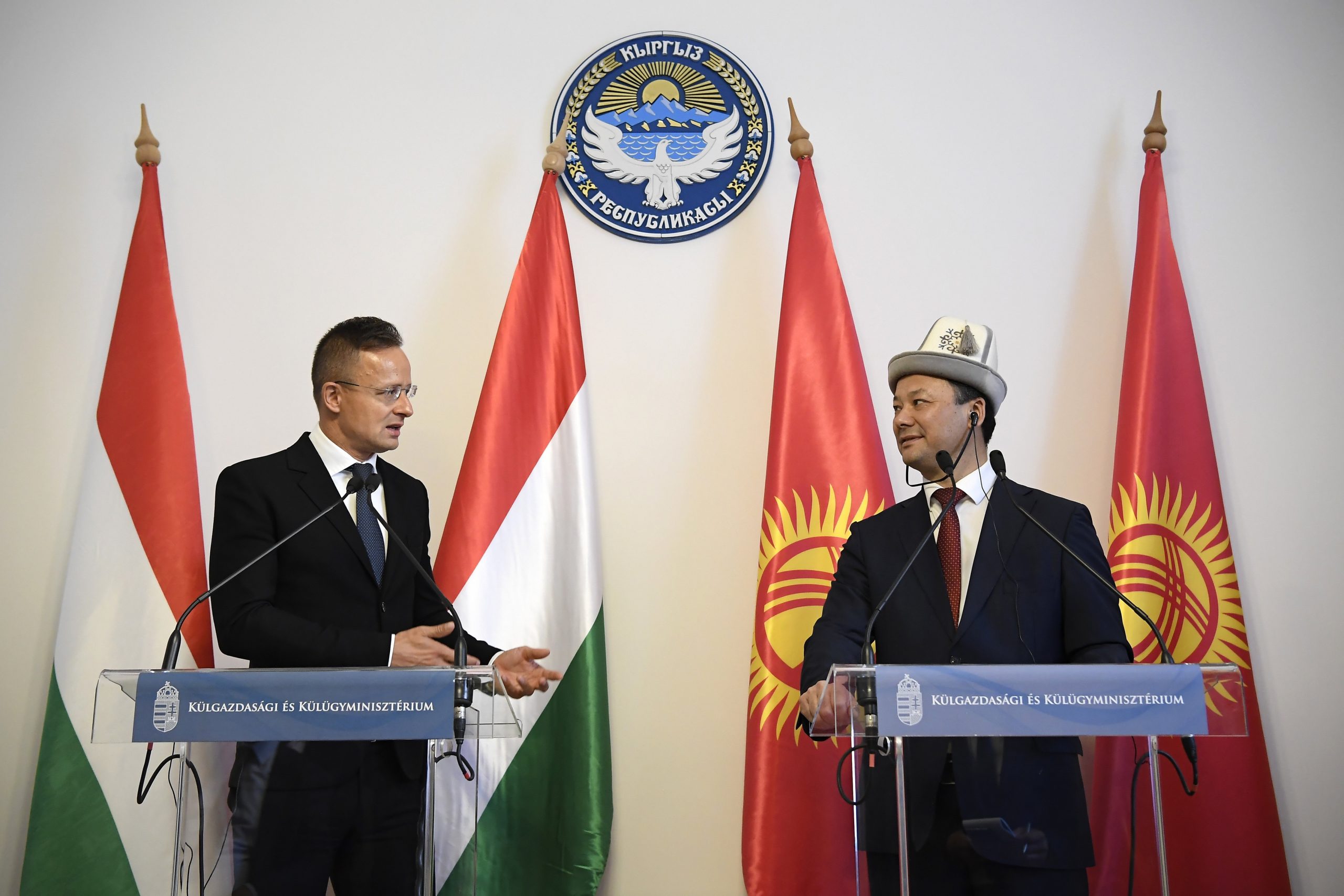 The role of Central Asia in the world has grown more important both in terms of security and the global economy, Foreign Minister Péter Szijjártó said after talks with his Kyrgyz counterpart Ruslan Kazakbaev in Budapest on Monday, adding that the European Union should devote greater attention to the region.

The failure of the international military campaign in Afghanistan means that the security of Central Asia has a greater impact on global security than ever before, Szijjártó said.

Yet certain EU leaders continue to make “irresponsible comments” that could easily lead to a migration wave bigger than the one Europe experienced in 2015, the minister warned. Szijjártó said the opinions of the Central Asian countries should not be ignored, namely that the problems arising in Afghanistan should be addressed locally.

“This is exactly why it is irresponsible and dangerous for EU institutions to encourage Afghans to migrate,” he said. “This would destabilize the whole region, which would also have a serious impact on Europe’s security situation.”

On another subject, Szijjártó said it was also important for Hungarian businesses to benefit from Central Asia’s economic growth through the government’s strategy of opening to the East.

Trade turnover between Hungary and Kyrgyzstan is up 62 percent this year, he said, adding that Hungarian pharmaceutical company Gedeon Richter was also expanding its share on the Kyrgyz market. Also, an agreement on the establishment of a 16 million US dollar Kyrgyz-Hungarian fund to support investments by Hungarian companies will enter into force in the coming week, he added.

“We Hungarians are more understanding of Central Asia than perhaps any other European country,” the Foreign Minister said. “Therefore we are happy to act as a bridge, and would prefer if the EU devoted greater attention to this region.”

Szijjártó said countries in the West had censured Hungary for its policy of opening up to the East because “our Western friends didn’t want competition in Eastern markets”. But it was by now clear that Hungary’s strategy had borne fruit, he added.

Commenting on Hungary-Kyrgyzstan ties, the minister said there were no unresolved political issues and ties are supported by a stable financing such as a fund to boost bilateral trade.

Also, 150 Kyrgyz students come to Hungary each year and study with scholarships, a program which is vastly oversubscribed, he added.

Alongside his Kyrgyz counterpart, Szijjártó also participated in a ceremony marking the Day of Turkic Cooperation and Unity at the mission of the Turkic Council in Budapest.

Hungary, he said at the event, is a Christian nation and a state reaching back more than a thousand years. In the course of its history, Hungary has been closely bound up with Eastern cultures, he added.

Szijjártó said a nation could only be “strong” if it was “proud of its national identity” and refused “to give in to pressure to abandon its values, heritage, and history.”

Notwithstanding their geographical remoteness from Hungary in many cases, he said ties with Turkic nations were “fraternal”, and this could be felt in everyday life.

The value of trade with Turkic countries worth more than 4 billion US dollars last year has doubled in ten years, he said, noting that Hungary’s Eximbank has opened a 500 million dollar credit line, while the government is backing the establishment of a Turkic investment fund.

Fully 870 scholarships are available to Turkic Council member states for the purpose of studying in Hungarian higher education this year, with applications for places exceeding 5,000.