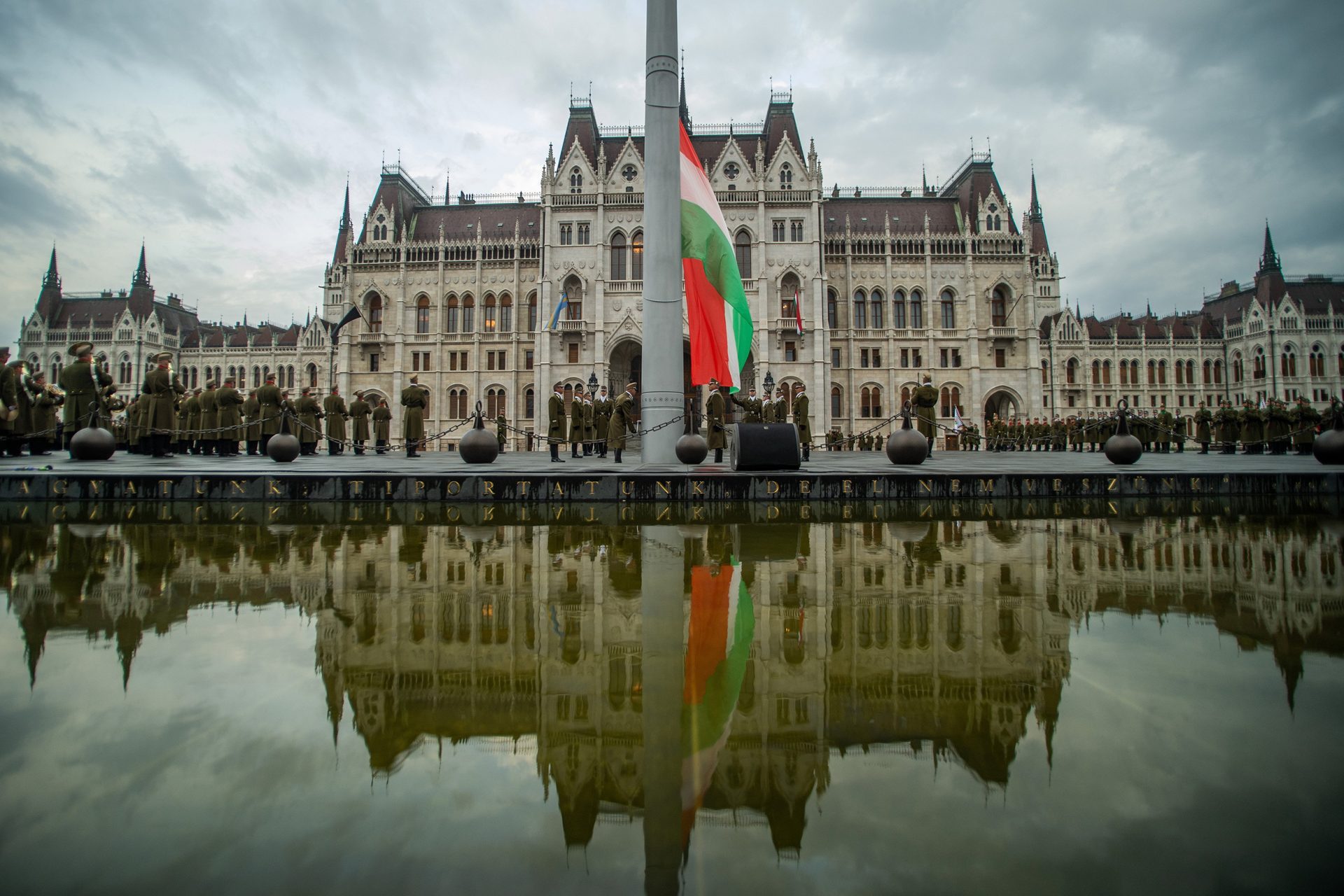 Hungary's national flag was hoisted and lowered to half-mast in front of Parliament in remembrance of the leaders of the 1848-49 freedom fight, executed in Arad (now Oradea) on this day in 1849.

The ceremony was attended by Romulusz Ruszin-Szendi, the commander of the Hungarian Armed Forces.

Commemorations will be held in Hungary and abroad. A government official will lay a wreath at the mausoleum of Lajos Batthyany, the prime minister of independent Hungary during the freedom fight, in the Fiume Street cemetery later in the morning.

The revolution and freedom fight was part of a series of uprisings in Europe in 1848. On March 15, citizens of Pest gathered in front of the National Museum and demanded independence from Habsburg rule.

Hungary’s first independent government with Count Lajos Batthyany as prime minister approved a reform package called the April laws. Later, the uprising grew into a war of independence, stifled by Austria and Russia in late 1849.

Marking the anniversary on Wednesday of the execution of 13 revolutionary leaders in Arad on October 6, 1849, President Janos Ader said that the ideals of the freedom fighters lived on in Hungary’s preservation of its heritage.

“When we talk about the heroes of 1848-49, we must look behind … the greatness of self-sacrifices and see the fragile people involved, their personal torments, their serious decisions and their consistent, persistent commitment to their homeland,” Ader told the commemoration held in the renovated Star Fortress in Komarom, in northern Hungary.

“As members of a generation that is no longer forced into self-sacrifice, we must learn from them, “to recognise again and again — on holidays and in everyday life — the great value of freedom, for which the heroes of 1848 -49 risked their lives,” the president said.

Ader noted that three of the eleven major battles of the revolution and freedom fight of 1848-49 were fought in Komarom. “Komarom and its surrounding areas are consecrated land on which almost all of the Arad martyrs had set foot,” he said.

Laszlo Baan, director of the Museum of Fine Arts and the ministerial commissioner in charge of the project to transform Budapest’s City Park into a cultural venue, said the 6,000 billion forint (EUR 16.8bn) project also involved transforming Komarom’s Star Fortress into a 7,000sqm cultural centre showcasing hundreds of artefacts from the Budapest museum.