Hong Kong authorities will need to inspect about five times more trees than usual if a raft of measures proposed by a task force are adopted following a notable collapse incident last year.

But the 10 recommendations, made on Thursday by a Development Bureau task force in reviewing the city’s tree management policies, did little to impress an expert who dismissed the proposals as making “no progress” on tree management.

One of the main measures includes the expansion of individual tree inspections to cover those with a diameter of more than 5oomm or a height of nine metres or above that are planted in confined areas.

The resulting increase in coverage would see around 45,000 trees being examined in detail, five times the usual amount of about 9,000. 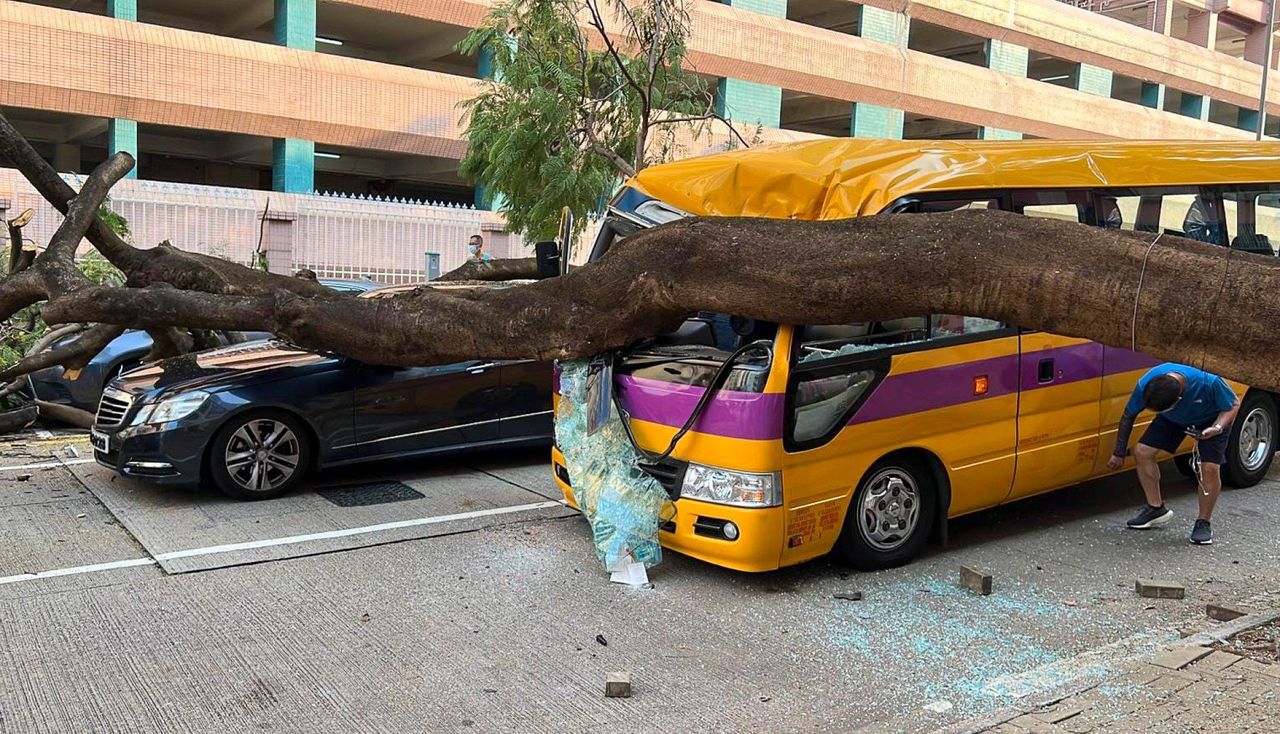 A 9.5 metre flame tree collapsed on a parked school bus in Ho Man Tin in September last year.
The task force also suggested making tree management performance a factor in appraising nine department heads who were involved in the area to increase their accountability. The nine departments linked to tree management included the Lands Department, Housing Department and Highways Department.

Other measures included utilising more technology in tree inspection, arranging periodic inspections for those along village roads on vacant government land, as well as formulating new guidelines for their planting.

The task force, which is chaired by Permanent Secretary for Development Ricky Lau Chun-kit, examined the government’s management arrangements and whether large trees along roads were still compatible with the city’s environment.

“They have performed well according to our guidelines, but we have found some room for improvements,” a Development Bureau spokesman said.

It identified several issues with the government’s current tree management work, which included the lack of follow-up on inspection results, inconsistencies between observations and risk ratings and the lack of further assessment with equipment when needed.

The task force was set up after a 9.5 metre flame tree collapsed on a parked school bus in Ho Man Tin in September last year, smashing its windscreen and damaging three cars.

Secretary for Development Bernadette Linn Hon-ho ordered the inspection of the city’s 10,000 flame trees of a similar size on roadsides after the incident, with a task force established to make future recommendations.

However, the city continued to see a string of tree collapses, with one falling on top of a bus during a typhoon in October last year, injuring seven passengers.

Defending the task force’s findings, which suggested the departments had followed guidelines and did their part amid repeated collapse incidents, a bureau spokesman on Thursday said that it was “difficult, if not impossible” to ensure every tree was healthy or that there would be no future incidents.

Lam Tak-chak, who has previously trained arborists for the Vocational Training Council, said the report showed the government had made “no progress” since it established its Tree Management Office in 2010. He noted the recommendations lacked specifics and only brought up “basic” ideas.

“When I read this report, I saw they have no timetable, no strategy. Then what are they doing?” said Lam, arguing there was also “no mention of measures, solutions or even plans” for tree maintenance.

Lam called on the government to do better follow-up work by keeping better records of trees and conducting data analysis, so it would be able to spot problems when they occurred.