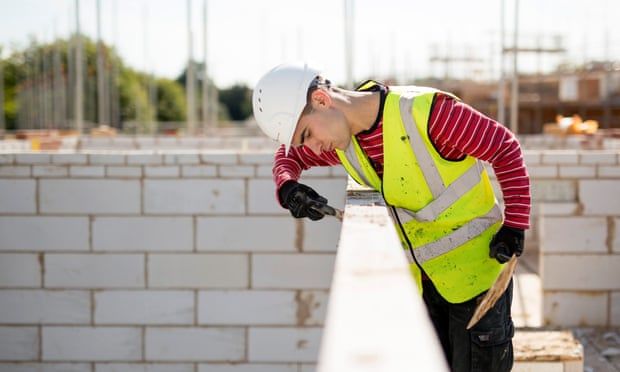 Government’s First Homes initiative could give discounts of £100,000 but prompts prediction of a ‘scramble’

First-time buyers in England will be able to apply for a discount of up to 50% on a new-build home under a government scheme.

The First Homes initiative could save buyers £100,000 or more. But some experts say that with demand for these cut-price homes likely to exceed supply, it could spark a scramble for properties and add more fuel to the house price boom.

The government says the scheme is aimed at first-time buyers in the area where the homes are built, many of whom will be keyworkers such as NHS staff and those on the pandemic frontline such as delivery drivers and supermarket staff. It is aimed at helping them on to the property ladder by offering homes at a discount of at least 30% compared with the market price.

However, local authorities will be able to offer a bigger discount – either 40% or 50% – “if they can demonstrate a need for this”.

Crucially, the discount will be passed on with the sale of the property to future first-time buyers, meaning homes will always be sold below market value, thereby “benefiting local communities, keyworkers, and families for generations to come”, the government said.

“The scheme will support local people who struggle to afford market prices in their area, but want to stay in the communities where they live and work,” the housing ministry said.

First Homes is the latest initiative aimed at tackling the challenges of getting on the property ladder and follows a government guarantee scheme for 95% mortgages.

Years of rising prices have put home ownership out of reach for many and the current housing boom – fuelled by stamp duty tax breaks – has led to double-digit annual price growth, meaning that many would-be buyers have been left behind once again.

The scheme is for first-time buyers only; households with a combined annual income of more than £80,000 – or £90,000 in Greater London – cannot apply. Local councils will be able to bring in their own requirements such as prioritising keyworkers or local people.

There are also price caps: after the discount has been applied, the purchaser cannot be required to pay more than £250,000, or £420,000 in Greater London. However, councils will be able to make the case for imposing lower price caps.

The initial First Homes properties went on the market on Friday as part of the opening phase of an early delivery project in Bolsover, Derbyshire.

More new homes will be offered to first-time buyers under the scheme across the country in the coming weeks. The government said it would be funding a further 1,500 homes which will come on to the market from the autumn, and plans to have “at least 10,000 homes a year being delivered in the years ahead, and more if there is demand”.

Those who can afford to buy a First Home without a mortgage will not be eligible, and there are measures aimed at preventing people buying the homes purely as an investment.

With the property website Rightmove putting the current average asking price for first-time buyers in Great Britain at £205,925, some buyers using the scheme could save £100,000 or more.

However, Tim Bannister, Rightmove’s director of property data, said: “There’s likely to be a scramble for properties under this scheme as they become available, especially as we’ve already seen an influx of first-time buyers enter the market recently, helped by more lower deposit mortgages being available.”

Robert Jenrick, the housing secretary, said: “First Homes will offer a realistic and affordable route into home ownership for even more people who want to own their own home.”
Add Comment