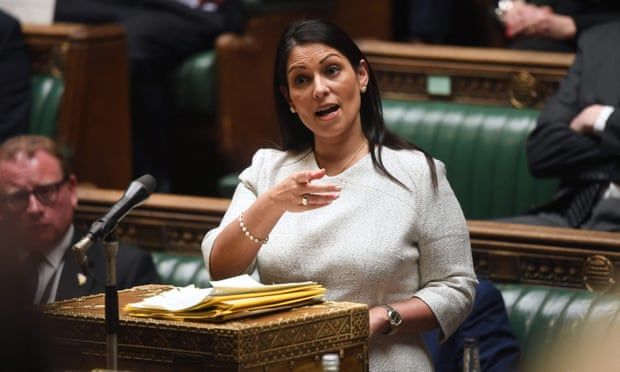 The first group of people will be informed this week of the government’s intention to send them to Rwanda under its controversial relocation scheme, the Home Office has said.

Under plans announced last month, people arriving illegally in the UK via Channel crossings and other routes will be detained and sent to the east African nation to apply for asylum there.

The government has said it expects tens of thousands of people to be relocated under the scheme, although the plans face legal challenges from charities and campaign groups.

The Home Office has said that people who arrived in the UK after crossing the Channel will be among the first group notified that it plans to send them to Rwanda. It added that it expects the first flights to take place in the coming months.

In a statement, the home secretary, Priti Patel, said: “Britain’s asylum system is broken as criminals exploit and smuggle people into our country at huge costs to UK taxpayers.

“The world-leading migration partnership with Rwanda means those making dangerous, unnecessary and illegal journeys to the UK may be relocated to Rwanda to have their claims for asylum considered and to rebuild their lives there, helping break the people-smugglers’ business model and prevent loss of life.

“This is just the first stage of the process and we know it will take time as some will seek to frustrate the process and delay removals. I will not be deterred from acting to deliver on the changes the British people voted for to take back control of our money, laws and borders.”

Last week saw the first legal action against the scheme get under way. The challenge, brought by law firm InstaLaw, states that the proposals run contrary to international law and the UN refugee convention, as well as breaching British data protection law.

The case focuses on an Iranian asylum seeker who believes he would face an extremely difficult time if sent to Rwanda.

On Friday, a speech by Patel at a Conservative party dinner was disrupted by a group of pro-refugee campaigners. Shortly after Patel began to speak, eight activists from the Green New Deal Rising stood up one by one and called on her to drop the scheme, calling it “racist” and “inhumane”.

Responding to Monday’s announcement, Enver Solomon, CEO of the Refugee Council, said: “The government’s desire to treat people as human cargo and expel them to Rwanda is not only cruel, nasty and unprincipled, but it is also completely unworkable and lacking key details. Given this, it isn’t surprising it is facing legal challenges.

“Rather than pushing ahead with a harmful policy that destroys our reputation as a country which values human rights, this government must focus on operating an orderly, humane and fair asylum system, and developing safe routes such as humanitarian visas.”

Tim Naor Hilton, chief executive of Refugee Action, called the plans a “get-tough-quick” scheme that ignored “that refugees risk their lives to come to the UK for the things that make all of us feel safer, such as family, friends, community and language”.

“Priti Patel herself has acknowledged that a lack of safe routes pushes people into the hands of smugglers, yet she refuses to expand existing schemes or create new ones,” he said.

“Ministers must ditch their hostile policies and create more routes to safety for people fleeing war and persecution, such as expanded family reunion and a long-term refugee resettlement programme that welcomes at least 10,000 people a year.”