A fireball seen shooting through the skies from Scotland and Northern Ireland was a meteor, experts have said.

Hundreds of people reported seeing the "shooting star" across the UK skies at about 22:00 on Wednesday.

Scientists have used video footage captured by the public to work out whether the object was a meteor or space junk, and where it came from.

It would have landed in the sea south of the Hebrides if it reached Earth.

Space rock that enters Earth's atmosphere is called a meteor, but fragments that survive the journey to reach the ground are called meteorites.

Manmade objects left orbiting Earth - such as a satellite parts - are described as space junk. There are tens of thousands of pieces of space junk bigger than 10cm (4in) in orbit around the Earth and they can burn up like meteors as they enter the atmosphere.

The UK Meteor Network have now announced that the object, which was seen burning through the atmosphere for about 20 seconds, was "definitely a meteor".

Almost 800 witness reports from the UK and Ireland were recorded overnight.

The UK Meteor Network Network said the object came to a stop between 50km and 100km (31-62 miles) west of Islay.

"It came on an asteroidal orbit and entered the atmosphere at 14.2 km/s," the network tweeted. "The observed portion of the trajectory covered over 300km.

"If any meteorites did fall, they ended up in the ocean."

The expert group said it was "now 100% confident this was a small part of an asteroid".

Kevin Morgan, from UK Meteor Network, had earlier told BBC Radio's Good Morning Scotland the speed it was travelling at could indicate that it was space junk.

After questioning whether it could have been part of Elon Musk's SpaceX programme, the network of citizen scientists, tweeted: "We have checked the Starlink de-orbit and it would not have come anywhere near the UK.

"At this point we cannot find any known space junk or satellite de-orbit that could account for this fireball. We are looking at the data again."

The International Meteor Organization said the majority of witness reports were from Central Scotland but there were also sightings from the Black Isle and Kinnaber in the east, near Montrose and as far south as London.

Initial calculations showed the object was travelling NNE and could have landed in the Atlantic Ocean "south of the Hebrides".

Steve Owens, astronomer and science communicator at the Glasgow Science Centre, said the sighting was "incredible".

"I was sitting in my living room at exactly 22:00 and I saw out of the widow due south this brilliant fireball - this meteor - streaking across the sky," he said.

"I could tell it was something special. I could see through broken cloud that it was fragmenting - breaking apart with little bits coming off it.

"Normally if you see a meteor or a shooting star, they are just tiny little streaks of light lasting a fraction of a second but this one was streaking across the sky for at least 10 seconds, probably longer. 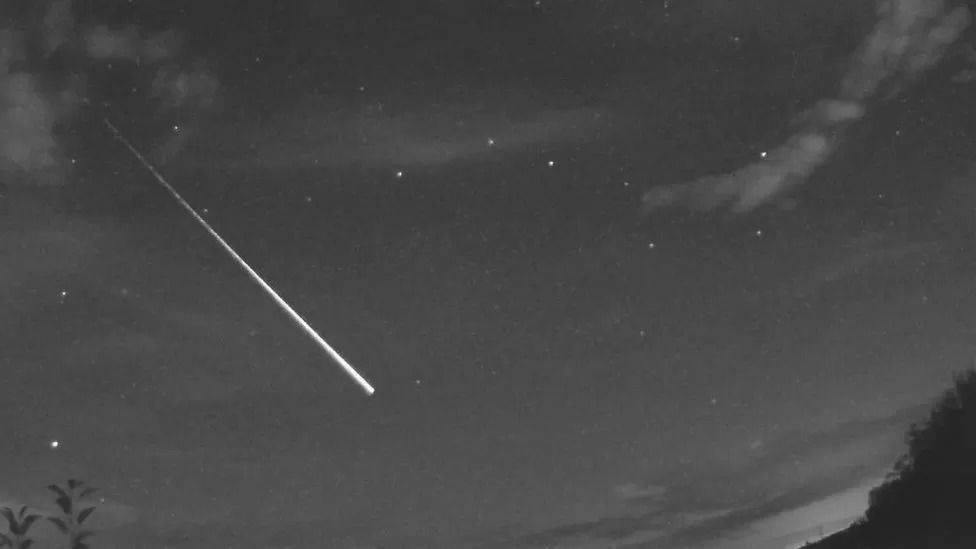 "It travelled from due south all the way across to the west. It was a pretty incredible sight."

Mr Owens said: "Normally these little shooting stars burn up and everything vanishes and evaporates in the atmosphere, but the thing last night was bigger than a little bit of dust which causes normal shooting stars.

"The one last night might have been the size of a golf ball or maybe a cricket ball, maybe even bigger than that.

James Williams saw it from his front garden in the southside of Glasgow and managed to record it on his mobile and his doorbell camera. He described it as being "all different colours like a firework but silent".

Danny Nell, 21, was walking his dog in Johnstone, just west of Paisley and Glasgow, when he saw the fireball.

"I was walking my dog and it was strangely enough 10pm on the dot and I just saw the flash in the sky and pulled out my phone and recorded it," he told the PA news agency.

"I thought it may be a firework at first because there was a lot of Scottish football on but quickly realised it wasn't and just grabbed my phone to see if I could catch it." 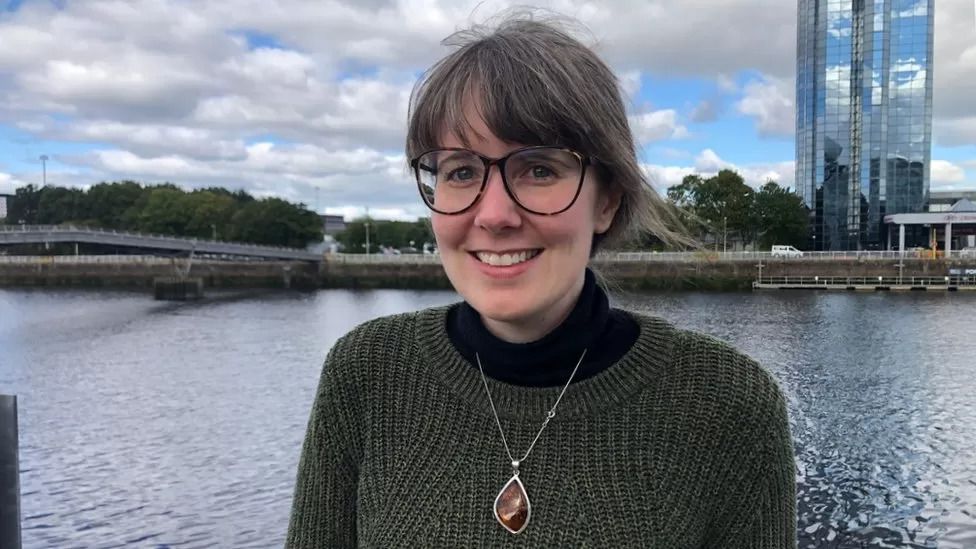 The UK Fireball Alliance announced on Thursday evening that the fireball was a "natural object".

Dr Aine O'Brien, from the University of Glasgow and a member of the alliance, urged people to report their sightings on their website.

She said: "Hopefully it was a meteorite and given how long it went for, maybe we've got the first Scottish meteorite in over 100 years."

Scientists will use the videos of the fireball to triangulate where it came from and track where it would have landed if it didn't burn up in the atmosphere, Dr O'Brien said.

She said it was not something to worry about.

"It's just a wonderful, beautiful thing. We getting shooting stars, meteors all the time."

Dr O'Brien added that it was just "lucky" that the weather conditions and the timing of the fireball meant many people could see it and record it.

Dr Marc Sarzi, head of research at the Armagh Planetarium, said the fireball was a "very spectacular one" but he did not think it was a "major event".

He said meteor showers made of little particles left behind by comets normally occurred over the summer.

If this fireball was caused by a meteor, it "would probably leave behind a nice piece of asteroid," he said.