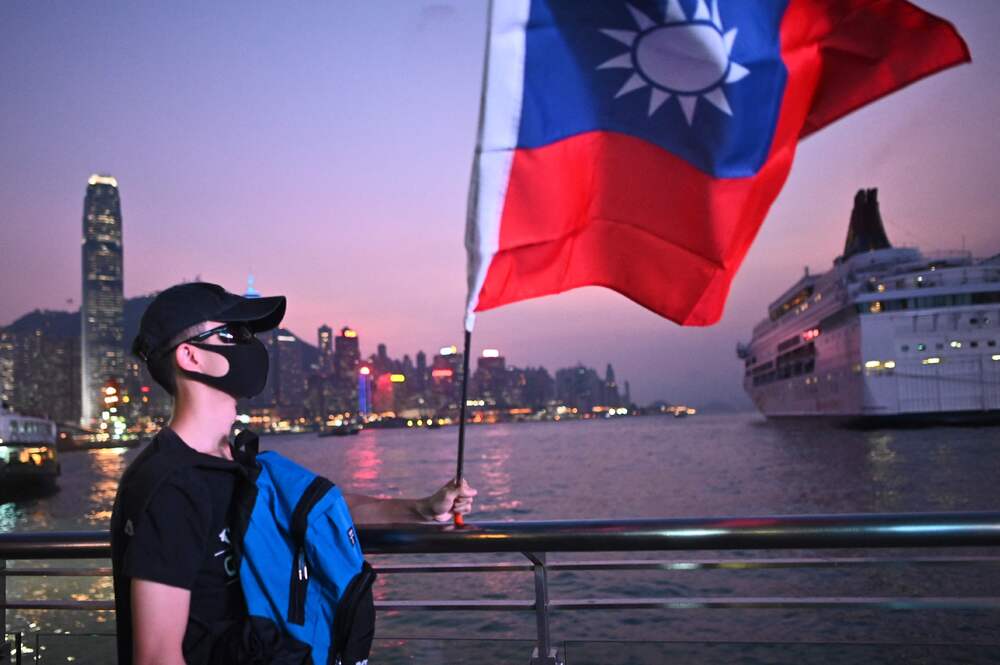 Fear of arrest in Hong Kong over Taiwan national day

For more than 50 years, Ng Hong-lim has led celebrations in Hong Kong to mark Taiwan's national day -- but this year he fears doing so could get him arrested.

"I don't think there will be another chance," Ng sighed. "It's really regrettable."

October 10 -- known as "Double Ten" -- marks the anniversary of the 1911 uprising which ushered in a new Republic of China (ROC).

After losing China's civil war to the communists in 1949, the Kuomintang (KMT) fled to Taiwan, where the mantle of the republic lived on -- along with its national holiday.

Communist China has long recognized the date's broader historical significance, but officials in Hong Kong are now loath to allow open displays of pro-Taiwan sentiment, as efforts to snuff out any hint of public opposition grow.

But Ng says the festivity bears no link with separatism.

"Now we are not allowed to express it, but we still remember it in our hearts," the octogenarian told AFP at a pro-KMT union office in Hong Kong, where an ROC flag and portrait of Chinese revolutionary Sun Yat-sen are displayed.

Born on the Chinese mainland, Ng fled to Hong Kong in the 1950s.

At the age of 15, he left for Taiwan and joined the army in hopes of defending the ROC -- to which he still pledges unwavering allegiance.

"Lots of blue-sky clear-sun flags were hung up, covering mountains and streets," Lee, chairman of a pro-KMT trade union, told AFP, referring to the Taiwanese flag.

Those flags disappeared from the streets following Hong Kong's handover to China in 1997, but were permitted at mini-galas, where KMT stalwarts would sing patriotic songs and bow to the portrait of Sun.

China regards Taiwan as part of its territory awaiting unification, by force if necessary.

There, the KMT -- now in opposition -- is seen as a pro-China party.

"We have always supported unification and opposed separatism," said Lee.

"If one bans us from holding celebratory events and says celebrating October 10 is separating Taiwan from China, that's adding a crime on us."

Sorting piles of photos from the days he soldiered in Taiwan, Ng said he had no choice but to do nothing on October 10.

Both Lee and Ng said they would not "test the red lines" under the national security law, but still hope to commemorate the day in the future.