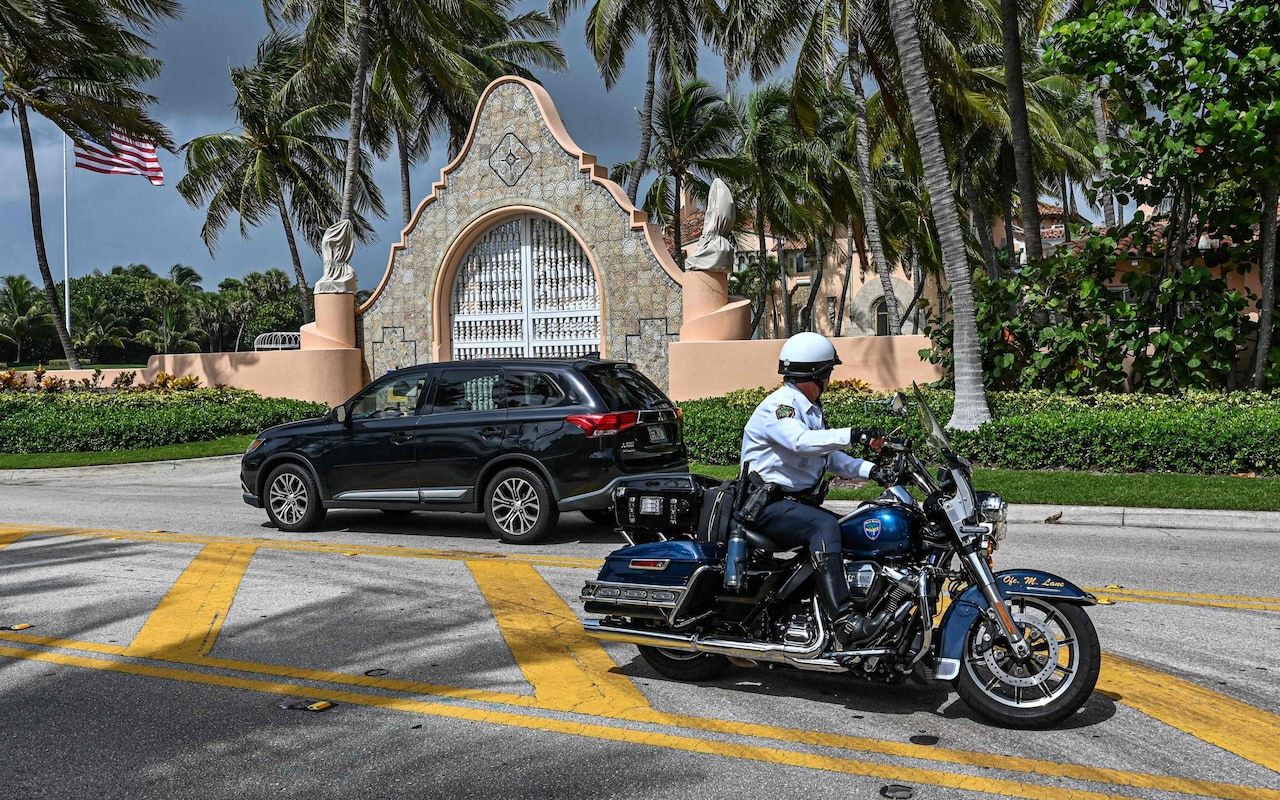 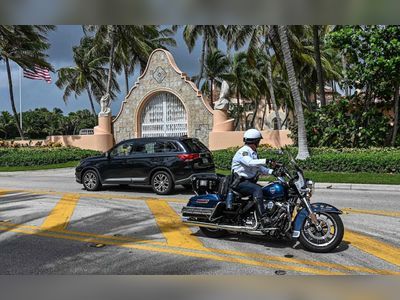 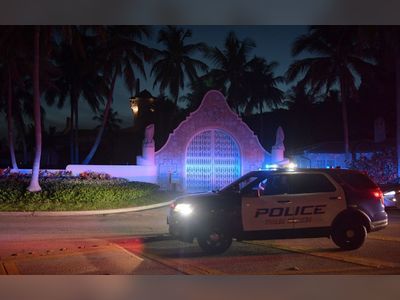 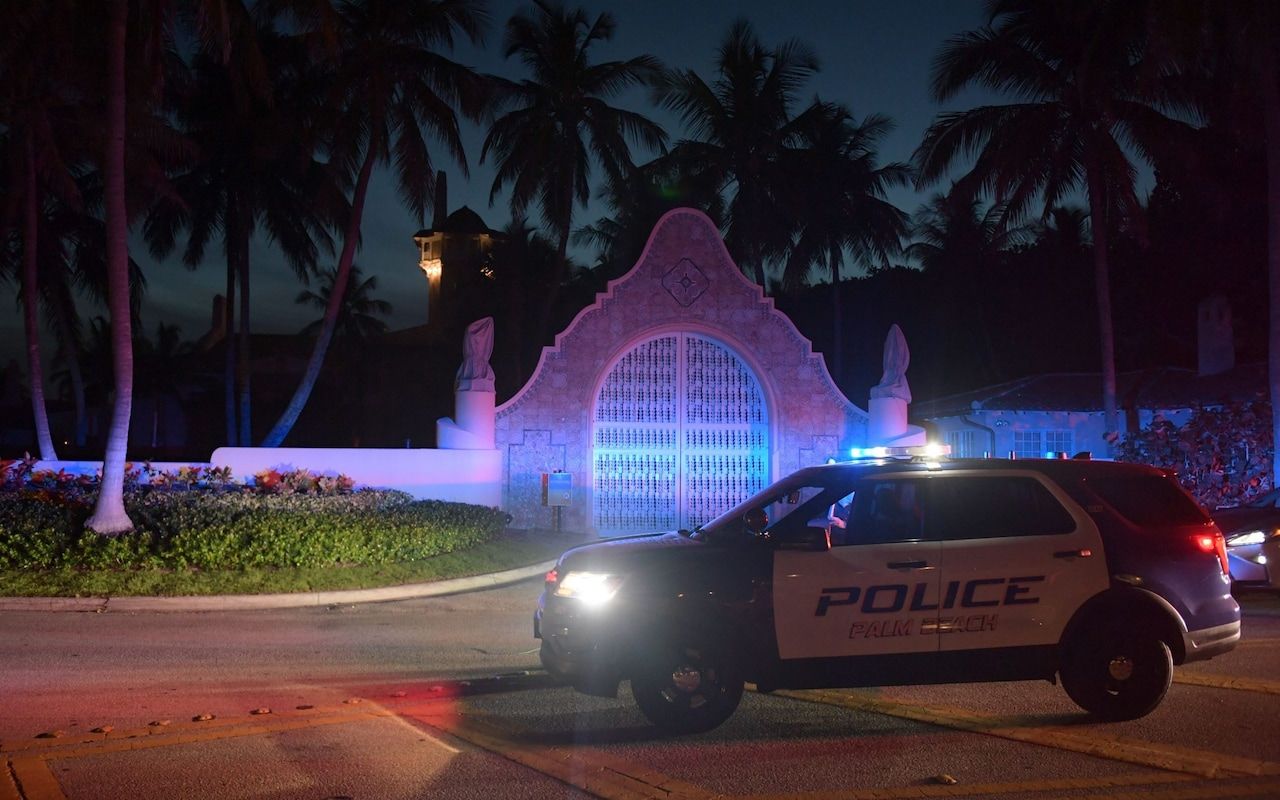 The removal of such sensitive and highly classified information from the White House could explain why the federal agency took the extraordinary step of searching the home of a former president on Monday.

Classified information pertaining to nuclear weapons has its own designation under the Atomic Energy Act called Restricted Data. Violations involving restricted aata, like other classified information, are investigated by the Department of Justice Counterintelligence unit.

The Washington Post reported that the FBI feared any such documents getting into the wrong hands, particularly as Mr Trump is known to host foreign visitors at his Florida home.

The paper’s sources did not specify whether it involved weapons belonging to the United States or some other nation. Publicising details about US weapons could provide an intelligence road map to adversaries seeking to build ways of countering those systems.

The Monday search of Mr Trump’s home has sparked a political furor, with the former president and many of his Republican defenders accusing the FBI of acting out of politically motivated malice.

Senior figures in the GOP, which had broadly come out in Mr Trump’s defence, are now said to be bracing themselves. If the reporting turns out to be accurate, the scandal could be far more damaging to Mr Trump than previously acknowledged.

An unnamed official quoted by the Post also claimed signals intelligence - intercepted electronic communications like emails and phone calls of foreign leaders — was among the documents the FBI was seeking to recover.

Fox News separately reported that an insider, most likely a Secret Service officer, at the sprawling resort had provided the FBI information of the whereabouts of the some dozen boxes of documents, including some marked “top secret”.

Mr Trump called for the "immediate" release of the federal warrant the FBI used to search his estate late on Thursday, hours after the Justice Department had asked a court to unseal the warrant.

In messages posted on his Truth Social platform, Mr Trump said: "Not only will I not oppose the release of documents ... I am going a step further by encouraging the immediate release of those documents."

Earlier on Thursday, America’s chief law enforcement official said he personally approved the search of Mar-a-Lago and vowed to pursue the investigation of Mr Trump’s handling of government documents “without fear of favour”.

Merrick Garland, the Attorney General, in a rare public appearance, also gave a forthright defence of the integrity of the FBI.

He responded to criticism from Republicans by saying the search warrant would be made public, which would reveal why the Justice Department believed a crime may have been committed.

Mr Garland said: “I personally approved the decision to seek a search warrant in this matter. The [Justice] Department does not take such decisions lightly.

“Upholding the rule of law means applying the law evenly without fear of favour. Under my watch that is precisely what the Justice Department is doing.”

He said “all Americans are entitled to the presumption of innocence”.

Mr Garland also criticised “unfounded attacks on the professionalism of the FBI and Justice Department agents and prosecutors,” saying those men and women were “dedicated, patriotic public servants” and he would “not stand by silently when their integrity is unfairly attacked”.


Police in Ohio were engaged in a standoff with an armed man who allegedly tried to storm the Cincinnati office of the FBI before he was shot dead.

He was identified in various US media as Ricky Shiffer, 42, who was believed to have been wanted in connection with the storming of the US Capitol on January 6, 2021.

On the same day the FBI executed a warrant on Mar-a-Lago, an account under his name made a call on Mr Trump’s Truth Social website to "be ready for combat" and to "kill the FBI on sight."

“People, this is it,” the message said. “Leave work tomorrow as soon as the gun shop/Army-Navy store/pawn shop opens, get whatever you need to be ready for combat. We must not tolerate this one. They have been conditioning us to accept tyranny and think we can’t do anything for 2 years. This time we must respond with force.”

In his statement on Thursday, Mr Garland defended FBI agents as “dedicated, patriotic public servants” and said he would not “stand by silently when their integrity is unfairly attacked.


A few days later Jay Bratt, the department’s counterintelligence chief, wrote to Mr Trump’s lawyers asking for a better lock on the door where remaining White House documents were stored.

According to the Wall Street Journal, Mr Bratt also asked that “all the boxes that were moved from the White House to Mar-a-Lago (along with any other items in that room) be preserved in that room in their current condition until further notice”.

The lock was fitted the next day, but at some point after that the informant was said to have contacted the FBI with specific information, leading them to get a search warrant.

There were said to have been weeks of high-level FBI and Justice Department deliberations about going ahead with a raid against a former president.

It was eventually timed to take place while Mr Trump was away, and agents did not wear clothing marked “FBI” in an attempt to keep a low profile.

Lindsey Halligan, a lawyer for Mr Trump who was at Mar-a-Lago during the raid, said: “There were about 30 to 40 FBI agents that I saw, five of which were wearing suits, the rest were in cargo pants, masks and gloves.”