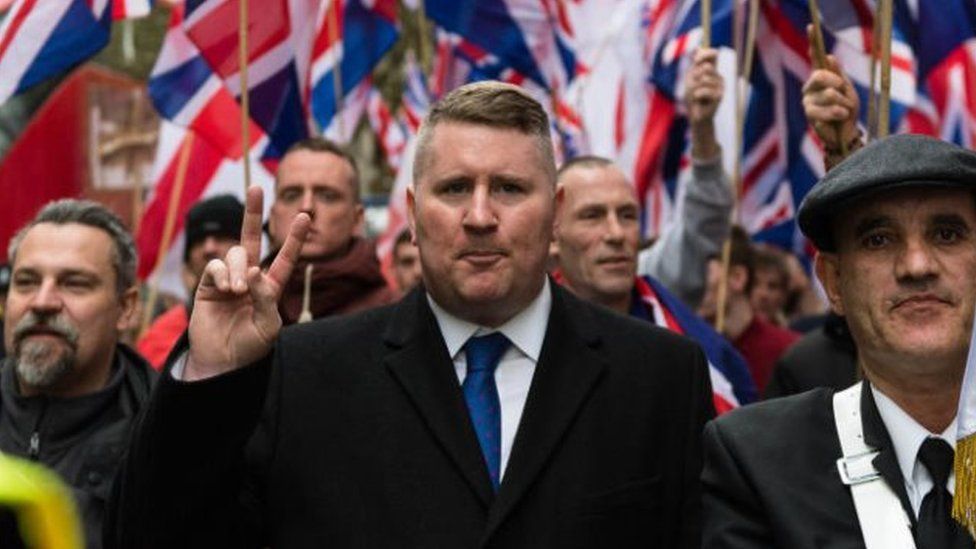 The far-right group Britain First has registered as a political party after its application was approved by the Electoral Commission.

Party leader Paul Golding said he was "ecstatic" and would start "building the electoral arm of our party".

The party was deregistered in 2017 after it failed to renew its registration on time.

An Electoral Commission spokesperson said the party's application had "met the legal criteria".

The watchdog assesses potential new parties to ensure they comply with legal obligations and that their proposed names, descriptions and emblems do not risk misleading or confusing voters.

Parties also need to show that their constitutions or membership policies do not breach equalities law.

The Electoral Commission does not consider a group's political views when deciding whether or not to register a party.

Britain First campaigns on an anti-immigration message and has called for a halt to all further immigration except in specific cases.

The group has developed a strong online following, attracting attention when one of its anti-Islamic videos was retweeted by the then-US President Donald Trump.

However it has performed less well electorally, with Mr Golding securing only 1.2% of the vote when he stood in the 2016 London mayoral election.

In 2018, Facebook removed the group's pages saying it had repeatedly violated its community standards.

In 2019, the group was fined £44,200 by the Electoral Commission for "multiple breaches" of electoral law, including a failure to keep accurate financial records or donation reports.
#donald trump  #facebook
Add Comment