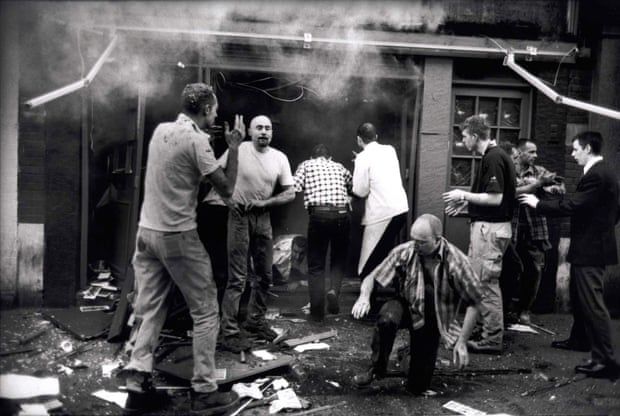 An undercover informant who identified the man behind Britain’s deadliest far-right attack has warned that a similar atrocity is inevitable due to the spread of extreme ideology online.

The mole, codenamed “Arthur”, told his handler, who then informed the police, that David Copeland was behind a series of attacks that killed three and injured more than 100 over a bombing campaign lasting less than two weeks in 1999.

Arthur – who spent a decade inside the British National Party when it was the UK’s pre-eminent far-right movement and pushing a “rights for whites” campaign across east London – met Copeland a number of times in 1997.

Copeland went on to detonate hidden bombs on three consecutive weekends, targeting London’s black, Bangladeshi and gay communities in Brixton, Brick Lane and Soho. Each device was crammed with up to 1,500 nails and left in a plain black holdall.

Arthur told the Observer: “I was shocked when I realised it was him. Copeland didn’t seem more dangerous than others, absolutely not. He didn’t act like a protagonist. He was a young guy who seemed focused on his job working on the Jubilee line.”

He identified Copeland from an image on the front page of the Evening Standard on 30 April, 1999 and provided police with intelligence that the man they wanted was a self-confessed Nazi and BNP member. Until then, police had no idea that Copeland belonged to the far right.

Arthur’s crucial intelligence, however, came too late to stop the most deadly bomb, which went off hours later at the Admiral Duncan pub in Soho, heart of the capital’s gay community. Three people died, including a pregnant woman, and 79 were injured, many seriously.

Shortly after the attack Copeland was arrested and received six life sentences in 2000 for the bombings.

Yet Arthur – whose identity remains a closely guarded secret – is now warning that the availability and accessibility of extremist ideology online means another UK far-right attack is a certainty. 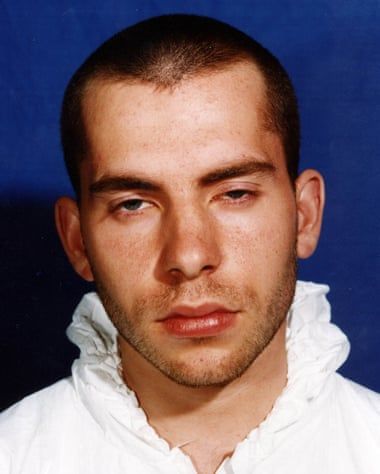 David Copeland was sentenced to six life sentences for the bombings.

He said: “Whether it’s blatantly Nazi or racist it’s much easier to put material on the internet than it is by pushing a leaflet through a door like in the 90s.

“We’ll definitely see another David Copeland. But that person, he or she, should know that they will also ruin their life as well. Copeland had these three weeks of excitement and now he’s stuck in prison for possibly his whole life. It’s not just a bad thing to do, it’s a really stupid life option.”

His warnings follow a flurry of arrests over far-right terrorism, the latest coming on Wednesday when two men accused of spreading “far-right extremist material” were held in dawn raids at their London homes.

Days earlier Michael Nugent, 37, from Ashford, Surrey, was convicted after sharing manuals in online chat rooms on how to make explosives and deliver bombs in Amazon packages.

Arthur’s journey into the inner circle of the far right began in 1994 when he approached Nick Lowles of anti-fascist group Searchlight, which specialised in running “sources” inside far-right groups and later evolved into the charity Hope not Hate. He told Lowles that he was prepared to go undercover.

“Most of the people we deal with have ‘turned’ – they started off as fascists and Nazis but over time decided what they were doing was wrong and came over to us,” said Lowles.

“What Arthur did was rare: very rare. There were others who went to the occasional far-right meeting or joined a group for a few weeks or even a few months, but to go inside for 10 years was remarkable. He never asked for money and was never interested in fame,” said Lowles, who is now chief executive of Hope not Hate.

Arthur didn’t even attempt to claim a share of the £70,000 reward for identifying the nail bomber.

In total, he attended more than 400 meetings, rallies and leafleting sessions, feeding back detailed intelligence that anti-fascists would use to disrupt far-right operations. Arthur met Copeland on nine occasions, each noted in his meeting reports, and had an address for him in Barking.

Copeland first struck on 17 April 1999, leaving a sports bag containing a bomb in Brixton that injured several people, including a baby who had a three-inch nail embedded in her skull.

The following Saturday, an explosion near east London’s Brick Lane injured 13 people. This was followed by the Soho nail bombing.

The attacks are the subject of a new Netflix documentary, Nail Bomber: Manhunt, released this week. Lowles believes the case remains important today because it exposed how the police failed to take far-right terrorism seriously, an approach he believes only changed following the murder of Jo Cox MP by a rightwing extremist in 2016.

“Police had no record of Copeland, despite him being at events all the time and he was even photographed with [BNP leader] John Tyndall,” said Lowles, who has also written a book on the Copeland informant.

He added: “Arthur was in the far right during a particularly violent period. He attended Holocaust denial events, as well as skinhead gigs that erupted in violence, and meetings where Combat 18 leaders would urge the audience to kill their opponents.”

Arthur admits his decade undercover was both scary and dangerous, on occasion having to deny that he was “the mole” and once being attacked with a hammer by an anti-fascist campaigner.

“By the time the level of danger dawned on me, I didn’t have the bottle to say I was scared,” said Arthur.