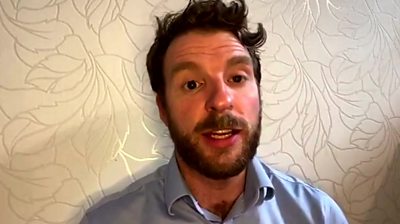 Friend and former Royal Marine JJ Chalmers says he is optimistic the prince will continue to serve in "a greater purpose".

The announcement that the Duke and Duchess of Sussex will not return as working members of the Royal Family is not a shock, according to friend of Prince Harry and former Royal Marine, JJ Chalmers.

He said that "not much has changed" since the announcement they would step back as senior royals last January.