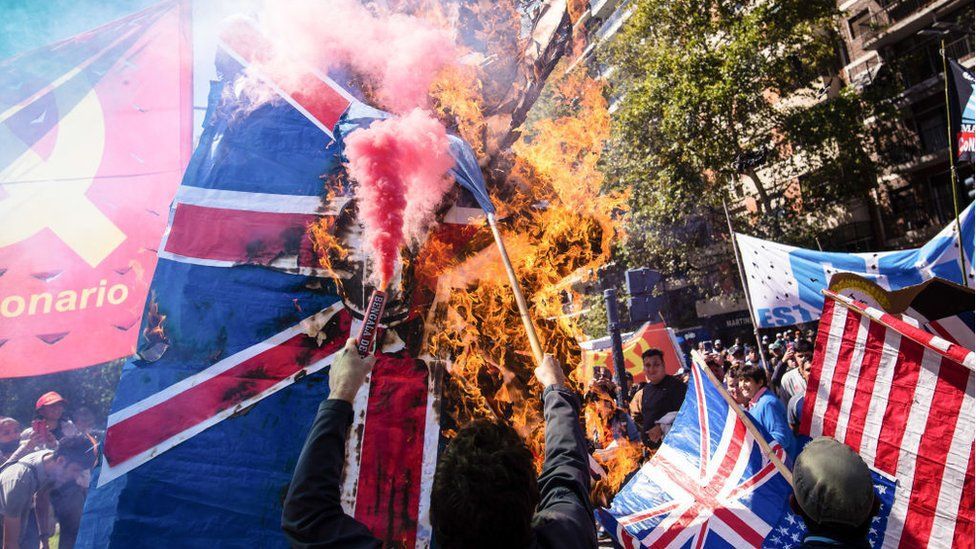 Memories of the Falklands War represent an "open wound" in Argentina, the country's ambassador to the UK has said.

Javier Figueroa described conflict over the islands' sovereignty as ridiculous, comparing it to the relationship between North and South Korea.

Most young people in the UK do not know "Britain has a beef with Argentina regarding the South Atlantic", he said.

His comments were made to mark the 40th anniversary of the war.

Speaking to the PA News agency, the ambassador explained that, despite the 1982 war ending four decades ago, in Argentina it remains a "deeply emotional issue".

The islands' sovereignty does not feature prominently in the minds of the UK public but retains "huge visibility in public opinion and the ruling class" at home, he said.

Mr Figueroa said the war was "still a wound - an open wound" in his home country - the situation is "not only emotional, it is political as well".

"The Malvinas [the Argentinian name for the Falklands] question is the highest priority of my country in foreign policy."

Mr Figueroa described the issue as a "monster in a room roaring" for British-Argentinean relations, and said he wants to re-engage with the UK government to discuss sovereignty.

This is despite Falkland islanders voting to remain a UK Overseas Territory by a margin of 99.8% in 2013.

"It's unbelievable that after 40 years we have a situation like North Korea/South Korea in the South Atlantic, which is ridiculous," Mr Figueroa said. 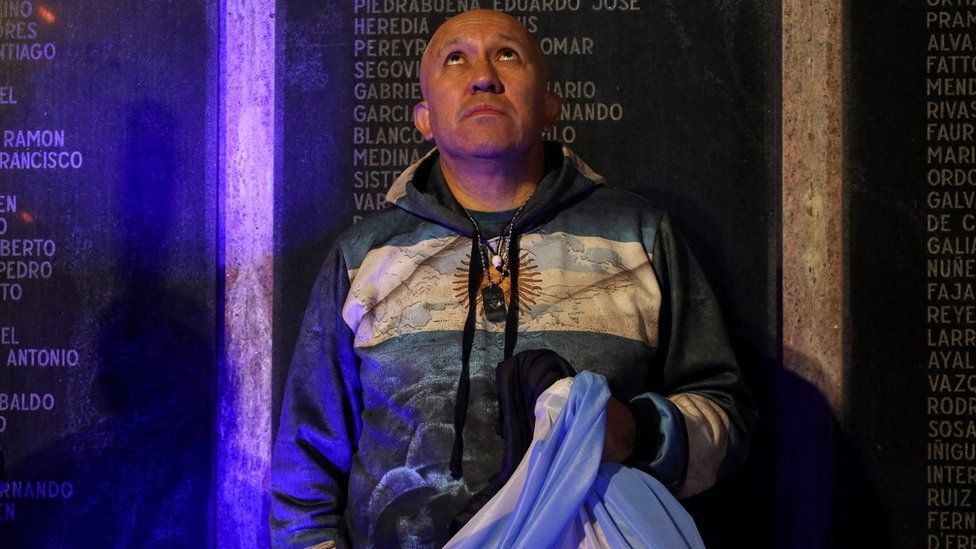 Referring to recent polling by the charity Help for Heroes, the ambassador argued that the Falklands conflict risks becoming a "forgotten war".

Half of those aged 18-34 responding to the poll said they did not know when the war was fought.

"I am completely sure that the new generation [do not] have any idea regarding the war or that Britain has a beef with Argentina regarding the South Atlantic," Mr Figueroa said.

What was the Falklands War?

On 2 April 1982, Argentina invaded the Falkland Islands, a remote UK colony in the South Atlantic.

Argentina said it had inherited the islands from Spain in the 1800s and wanted to reclaim sovereignty of them.

The UK, which had ruled the islands for 150 years, quickly chose to fight, leading to a brief but bitter war lasting 74 days.

In the fighting that followed, 655 Argentine and 255 British servicemen lost their lives, as did three Falkland Islanders.

British forces regained control of the Falklands on 14 June 1982.

The ambassador said the anniversary represented an "opportunity to pay homage" to the nearly 1,000 people who died in a conflict "I really believe was almost a stupid war".

Mr Figueroa said the way it is remembered in Argentina has changed since the fall of the former military dictatorship, which regarded the conflict with "shame" and tried to withhold recognition from veterans who now have more rights.

He said any Latin American country sees "national integrity as something sacred".

He described the 1982 war as a "rerun of the colonial issue", making it particularly powerful as colonialism "rings a different bell" in public memory and opinion in regions like Africa and Latin America.

Mr Figueroa added that it is in Britain's interests to foster good relations with Latin America "because in the context of Brexit there will be opportunities".

"In a 2013 referendum the Islanders voted overwhelmingly to remain a UK Overseas Territory."