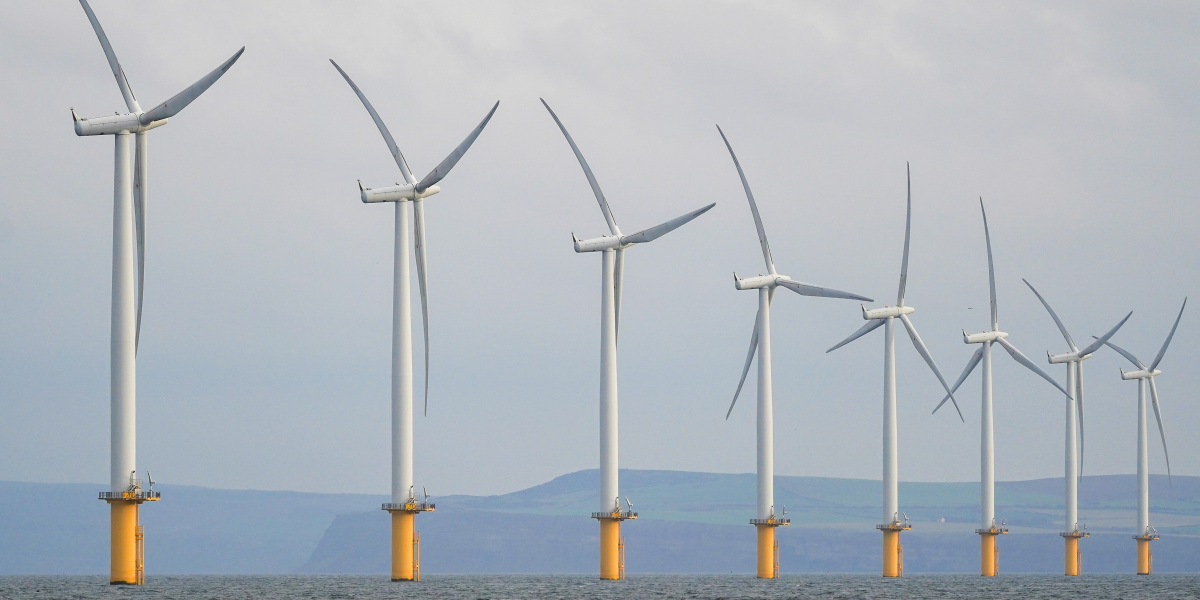 U.K. Prime Minister Boris Johnson announced a 12 billion-pound ($15.9 billion) plan to boost green industries and tackle climate change, in a blueprint he says will create or support as many as 250,000 jobs.

As he seeks to relaunch his premiership and revive the economy, Johnson aims to use his plan for a “green industrial revolution” to deliver on his pledge to invest in former industrial heartlands that voted for him at last year’s election.

Under the wide-ranging proposals, sales of new petrol and diesel cars will be banned from 2030, the government will back investment in electric vehicles, hydrogen, wind and nuclear power, and measures to make homes more energy efficient.

“Although this year has taken a very different path to the one we expected, I haven’t lost sight of our ambitious plans to level up across the country,” Johnson said in a statement released by his office. “My ten-point plan will create, support and protect hundreds of thousands of green jobs, whilst making strides towards net zero by 2050.”

Britain is due to host next year’s COP26 global climate change summit in Scotland and has committed to a net zero carbon economy by 2050. The premier also intends to use his commitment to tackling climate change to help build a strong partnership with U.S. President-elect Joe Biden.

The most radical policy is perhaps the phasing out of diesel and gas car sales by 2030, 10 years earlier than previously scheduled. This puts the U.K. ahead of France and Spain, which have 2040 target dates, and in line with Ireland and the Netherlands. The only country with a more ambitious target for such a ban is Norway, with a date of 2025.

4. Electric vehicles: End sale of new petrol and diesel cars by 2030, but allow sale of hybrid vehicles until 2035. Accelerate transition to electric vehicles.

10. Innovation and finance: Develop cutting-edge technologies and make the City of London a global center of green finance.

“Although there are some significant question marks and gaps, overall this is a big step forward for tackling the climate emergency,” Newsom said.

Lord Nicholas Stern, Chair of the Grantham Research Institute on Climate Change and the Environment at the London School of Economics and Political Science, said the plan represents “a crucial next step” to a low carbon economy, but called for more spending to deliver it.

The government will invest 1.3 billion pounds on speeding up the roll-out of charging points for electric vehicles in residential streets, homes and highways in England, with 582 million pounds in grants to encourage consumers to buy zero or ultra-low emission vehicles.

Nearly 500 million pounds will be spent in the next four years to boost the production of electric vehicle batteries.

Government will spend as much as 500 million pounds on trial programs to test the use of hydrogen for heating and cooking at home.

Britain needs both small and large-scale nuclear technologies to meet its climate change commitments, according to the plan being drafted by officials. That could be good news for Electricite de France SA and its Sizewell C plant - the only project still in the development pipeline after Hitachi Ltd exited a development in Wales.

The government says it wants to see small-scale reactors built, too. Small modular reactors have been promoted by the nuclear industry as a way to blend steady atomic generation with intermittent renewable energy.

How Sizewell will be financed remains an open question with the government expected to draw a conclusion on its preferred financing model in the energy white paper before the end of the year.

The hydrogen target is in line with industry demands. RenewableUK had urged the government to set a target of 5GW of renewable electrolyser capacity by 2030, rising to 10GW by 2035.

Johnson announced new investment including an extra 200 million pounds on carbon capture, usage and storage technology, designed to catch carbon dioxide and bury it underground to stop it entering the atmosphere.

This will see two new carbon capture and storage “clusters” built by the middle of this decade, helping to support 50,000 jobs, potentially in parts of northeastern England where heavy industry has been in decline.

The opposition Labour Party said the government investment will not be enough.

“The funding in this long-awaited announcement doesn’t remotely meet the scale of what is needed to tackle the unemployment emergency and climate emergency we are facing, and pales in comparison to the tens of billions committed by France and Germany,” the party’s energy spokesman Ed Miliband said.