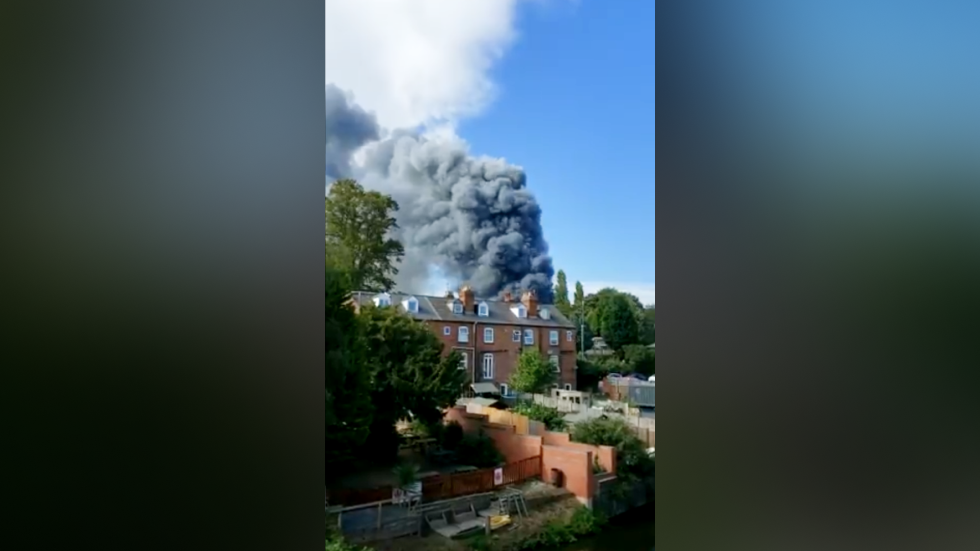 Explosions were heard and an enormous industrial fire broke out at a factory in Kidderminster, England. With black smoke towering over the town, police have advised people to avoid the area and residents have been evacuated.

Fire crews were swiftly dispatched to an industrial unit in the Worcestershire town after explosions were reported on Wednesday afternoon.

Video footage showed what appeared to be a burning factory, with a column of smoke rising over residential neighbourhoods nearby. The scene has been described as “absolute chaos” by locals.

Police asked people to avoid the area and residents were initially advised to close their windows to keep the choking black smoke out. Some were later evacuated as emergency services continued to battle the blaze.

Firefighters say the fire broke out at a building on Park Street. Though the street is lined with houses and small businesses, a large metal refinery sits at one end, and appears to be the source of the blaze.

The co-owner of another nearby sheet metal fabricator told local media that he wasn’t sure which unit first caught fire. “It's shocking it happened so quick,” he said. “I tried to get in and get my backpack and there were flames at the top of the unit. I thought it was thunder, I looked outside and it was black.”

The West Midlands Ambulance Service dispatched an ambulance, multiple paramedics, an air ambulance and trauma doctor to the scene, but there is no word yet on potential casualties.