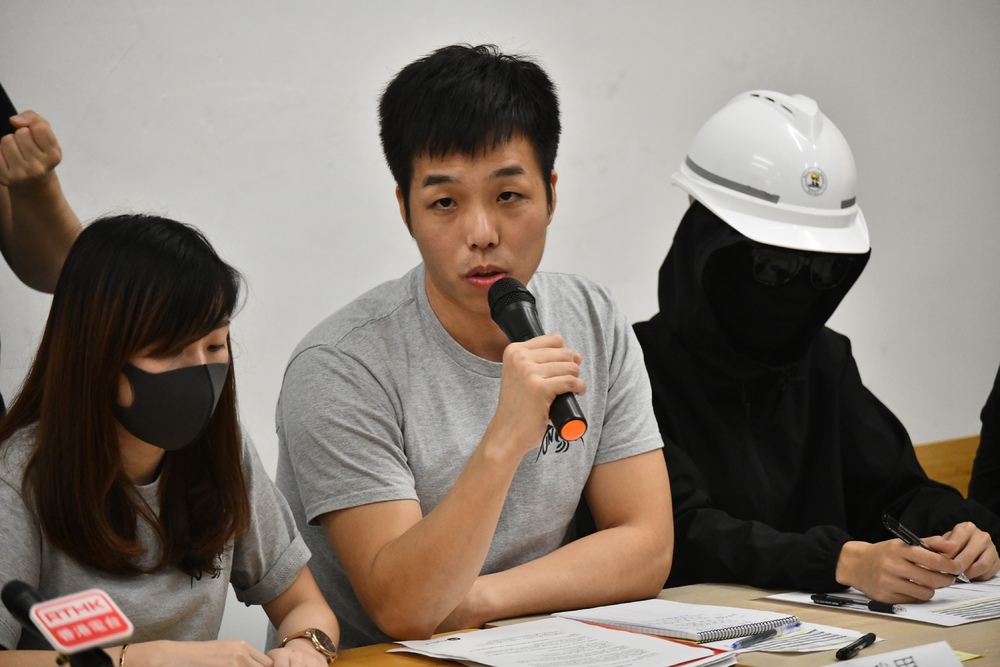 Michael Ngan Mo-chau, head of the now-disbanded Union for New Civil Servants, is among a number of civil servants who have resigned as the deadline for them to pledge allegiance to the Basic Law and the Hong Kong SAR approaches.

The government gave bureaus and departments a month starting mid-January to get civil servants to sign declarations pledging allegiance to the Basic Law and the SAR. Those who refused or ignored the requirement would have their contracts terminated.

The deadline varies between departments, with yesterday being the deadline for Labour Department staffers.

Ngan, who was a Grade 2 labor officer from the department, confirmed yesterday that he had resigned. His last day was last Thursday, right before the Lunar New Year holiday.

In a statement, he said the requirement to sign the declaration was definitely a factor for his resignation, but the more important factor was that he had not been given the room to showcase his talent.

"There is a saying from the West: 'Ideas are bulletproof.' I believe the government will tighten its grip as time progresses and perhaps penetrate every aspect of our daily lives. But this is a test of Hongkongers' values and I hope Hongkongers keep 'living in truth,'" Ngan wrote.

"What defines our identity is not our job, wealth or position, but the choices that we make in our lives," he added.

Ngan's union, established in September 2019, announced its disbandment a day after the government announced the declaration requirement in January.

Meanwhile, a staff member from the same department told The Standard that she "reluctantly" signed the declaration.

"I chose to sacrifice my dignity in exchange for steady employment during this difficult pandemic. I work in the Labour Department, so I know how bad the situation is in the labor market currently," she said.

The claws of the national security law will reach everyone in the city sooner or later and it is useless to say no under such political pressure, she added.

"It intends to bend you down by threatening your survival. Unless you are going to leave Hong Kong, there's no real freedom under the national security law."

The civil servant heard that only a few of her colleagues resigned because of the declaration requirement, but none of them were in her team.

Leung Chau-ting, chief executive officer of the Hong Kong Federation of Civil Service Unions, said most civil servants have signed the declaration, but there are still quite a few that have decided to leave.

"Among those who have resigned, most of them are younger civil servants, as they have a lower salary and fewer fringe benefits. One of our younger executives also resigned from the civil service, as he said the consequence of the declaration is too severe," Leung said.

"I really find it very regrettable to see talent leaving the civil service - it is never easy to train them. I am even worried about who will succeed me in the union," he added.
Add Comment