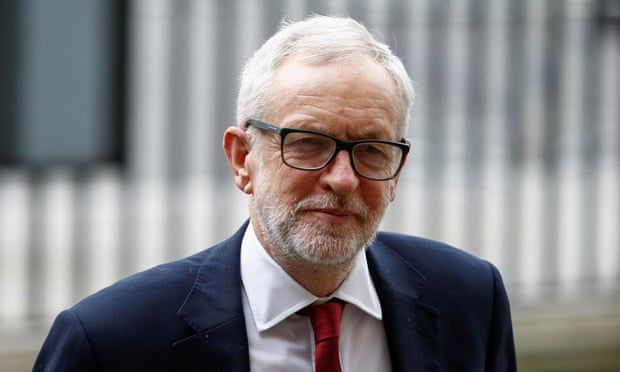 A former senior Labour staffer has taken the party to court in an attempt to force it to disclose the identity of the leaker of a report on antisemitism in the party that contained hundreds of private WhatsApp messages.

The case is the latest in a line of legal troubles for the party stemming from the internal report, which concluded that factional hostility towards Jeremy Corbyn hampered the party’s efforts to tackle antisemitism.

The report, leaked to the media without redaction, included details of staffers’ private conversations expressing hostility towards Corbyn or his close allies and bemoaning Labour’s better-than-expected performance at the 2017 general election.

The report reignited the row within the party over its handling of disciplinary cases and led to party members’ suspension.

One of those named in the report, Emilie Oldknow, who was once considered to be a serious contender to be Labour’s general secretary, demanded in a court hearing on Monday that the names of the leakers be revealed in order to give her the option of taking legal action against them.

Five anonymous individuals who deny any responsibility for the leak were also represented at the hearing. Legal costs are being funded by the trade union Unite, according to their barrister, Jacob Dean.

Oldknow’s barrister, William Bennett QC, said the dossier was a “politically motivated hatchet job” that was “deliberately misleading and relied on improperly obtained private correspondence”. Last April “a faction within the Labour party published the report to the media”, he said.

Labour has said it is happy to disclose its internal evidence to allow the leaker to be identified, though the party has said it wants to remain neutral and has resisted attempts to submit its own opinion on the leaker’s identity.

“We are entirely content to disclose to Miss Oldknow and effectively disclose the underlying factual information, enabling her to identify the persons responsible for the leak,” the party’s barrister, Anya Proops QC, said.

But Proops said it was “not necessary and not justified” for the party to offer its “subjective opinion on who is legally liable”. “The concern is that that will draw us unnecessarily into a political controversy that the party is naturally very keen to avoid.”

She said Labour’s position was that the leak was “unquestionably wrongful” and the report contained “considerable quantities of private personal data”.

Bennett said Oldknow could not bring a claim against the leaker “until she knows who the wrongdoers are, what they did and how”.

“It seems fairly obvious, or you might call it an educated guess, that these documents were leaked by people who were employed by the Labour party back in March 2020, or acting as officers of the Labour party,” he said.

Dean said the five affected individuals had “cooperated fully with the various investigations into that leak … on assurances of confidentiality”.

He said the “potential for injustice is manifest” if Labour was forced to “disclose a mass of evidence … from which the [party] has drawn certain conclusions in order to allow the applicant to draw her own, possibly different conclusions”.

Unite said it was offering representation for the five individuals – as it would for all members. All five had denied leaking the report and participated in the inquiry in “good faith ... on the understanding the investigation would be confidential and protect their rights to privacy”.

It added: “The leaked report points to numerous concerns, not least in regard to the spending of the Unite donations to Labour for the 2017 general election campaign. As yet these matters are unanswered by Labour and the Forde inquiry is indefinitely delayed.” The Forde inquiry is the independent investigation set up by the Labour leader, Keir Starmer, into the report and Labour’s internal culture.

Unite said it was disappointed not to be allowed to intervene in the case on behalf of the five members, saying: “Today’s application was a balance between the privacy rights of employees, for whom the employer has a responsibility, and the rights of Emilie Oldknow and others who are named in the leaked report.”

The judge dismissed an application from the five individuals to intervene in the case and will announce her decision on the disclosure on Tuesday morning.
Add Comment