The dearth of details in Evergrande’s restructuring underscores the challenges in untangling the debts and financial obligations by the company with the dubious honour as the world’s most indebted developer.

China Evergrande Group is promising its global bondholders and creditors asset packages that may include shares of two offshore listed units as sweeteners, as it seeks to buy time to deliver a restructuring plan for US$300 billion of liabilities due to the “complexity and scope” of its businesses.

The company outlined what it called “preliminary principles” for restructuring its offshore debt, in a statement late on Friday night to the Hong Kong stock exchange, two days before the July 31 deadline for its long-awaited debt workout plan. The company said it hopes to achieve “further positive progress” in a detailed plan some time in 2022, without giving specifics.

Evergrande “looks forward to a constructive dialogue with the onshore and offshore creditors and gain their timely support … to better manage various businesses, treat onshore and offshore creditors fairly, and safeguard the rights and interests of all stakeholders in accordance with the law”, the company said in a five-page statement issued in the name of its founder and chairman Hui Ka-yan.

The company said it would arrange asset packages in compliance with the law as “supplemental credit enhancements” for the restructured offshore debts, which may include shares of China Evergrande New Energy Vehicle Group and Evergrande Property Services Group. 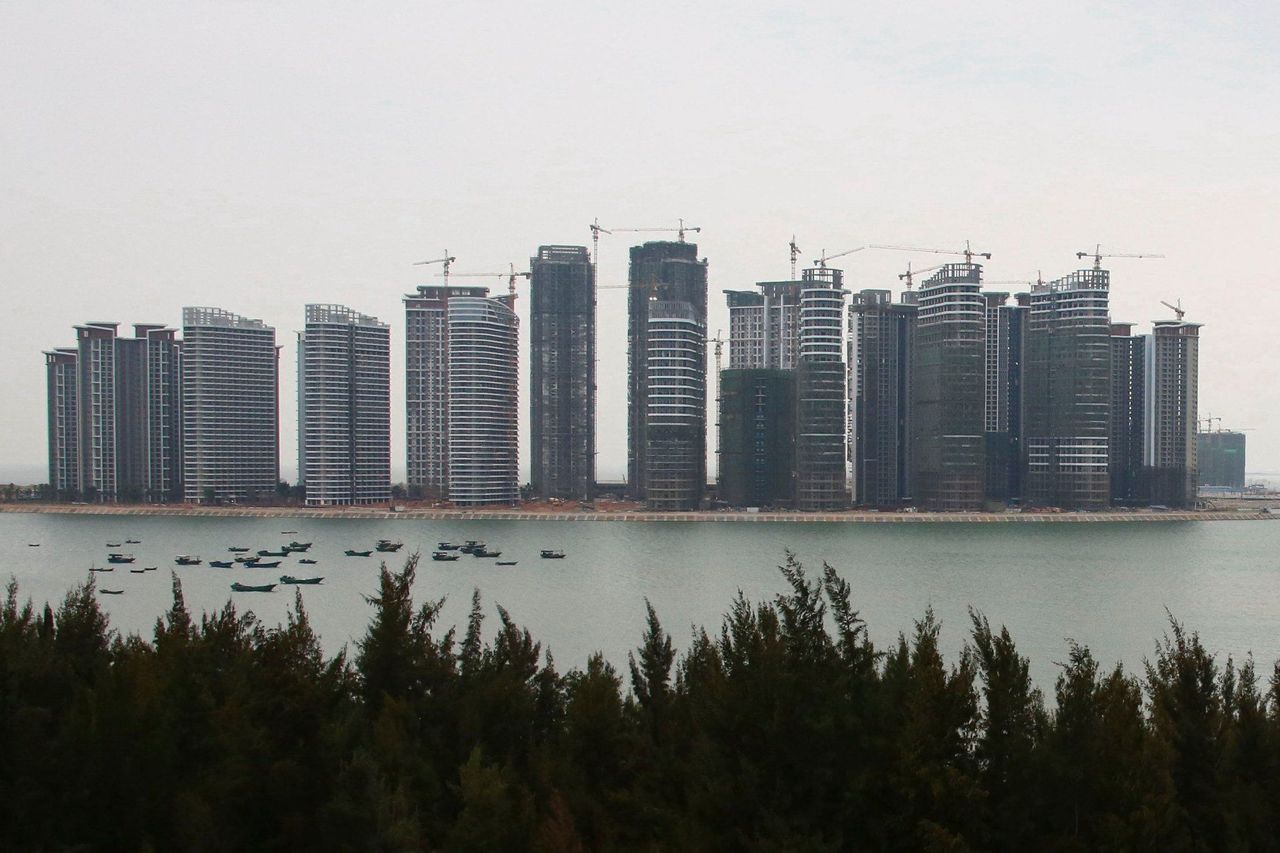 “The group is working closely and communicating regularly with creditors and the advisers of creditors on conducting an orderly and necessary due diligence of the group’s core business, discussing potentially practicable restructuring proposal options for the offshore debts,” the Shenzhen-based developer said.

The dearth of details in Evergrande’s restructuring – promised by the developer in March – underscores the challenges in untangling the debts and financial obligations by the company with the dubious honour as the world’s most indebted developer. Evergrande is also the lightning rod of an industry that is teetering on the brink of collapse, amid a slumping market and a simmering revolt by homebuyers who are boycotting their mortgage payments against unfinished constructions.

Evergrande sold 12.26 billion yuan (US$1.82 billion) of property totalling 1.193 million square metres (12.84 million square feet) in the first half, completing the construction of 96 per cent of its undelivered projects, the company said.

Yet, the developer failed to pay the interest on US$645 million and US$590 million of junk bonds in December, even after a grace period, triggering a cross-default on its other borrowings. Its bond maturing in January 2023 has fallen by more than 85 per cent in the past year to about 8 cents to the dollar.

“Liquidation could become a real possibility if it continues to delay the debts resolution,” said Lawrence Lu, senior director at S&P Global Ratings.

Evergrande was warned last month of the possibility of a delisting from Hong Kong’s stock exchange. Markets are looking to focus on any additional policies which may be introduced to support the real estate sector.

China’s government is particularly anxious to prevent any trouble in the real estate sector from spilling over into mass unrest or instability in the banking system, especially in the months leading up to the ruling Communist Party’s twice-a-decade leadership conclave, due later this year.

Money managers and market observers believed that the market has priced in the bumpy road ahead in the restructuring of Evergrande’s debt. 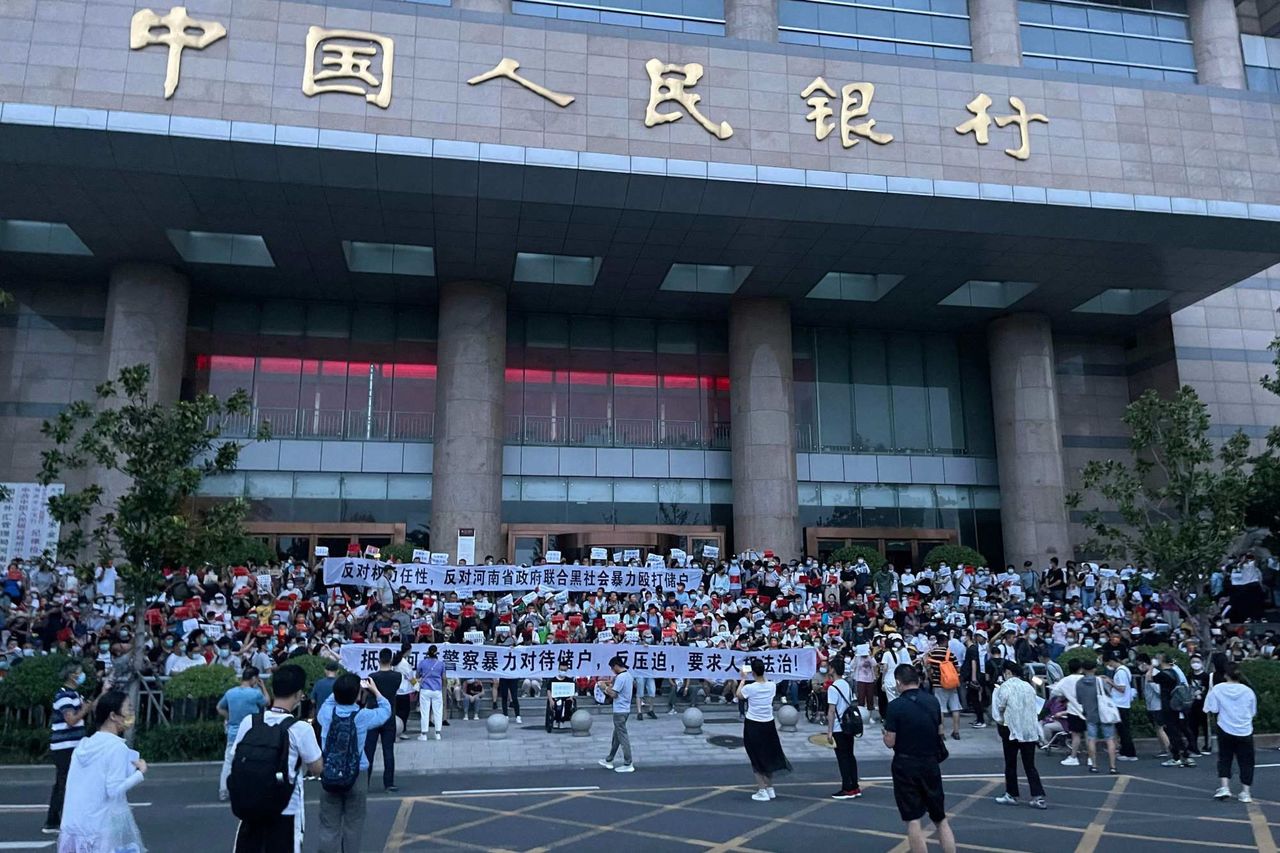 Depositors staged a protest rally outside the Zhengzhou branch of the People’s Bank of China in Henan province on July 10 after a syndicate absconded with hundred of millions of yuan of bank deposits.

“With the operating environment [far from] improving, we are not optimistic that the defaulters will be able to execute a credible offshore debt restructuring at this point,” said Andy Suen, Portfolio Manager and Head of Asia ex-Japan Credit Research, PineBridge Investments. “How each developer’s debt situation unfolds depends on the complexity of its operations and the level of government involvement, which generally depends on how disruptive a developer’s [demise] would be to the local economy.”

The central government is regarded to have stepped up the efforts to bail out the bruised sector.

Local governments will be responsible for ensuring the delivery of housing projects, according to a statement issued on Thursday after a meeting of the Politburo, the Communist Party’s top decision-making body.

The People’s Bank of China will initially issue some 200 billion yuan of low-interest loans to commercial banks that can be leveraged by up to five times to raise 1 trillion yuan to help developers complete their contracted homes, the Financial Times reported on Thursday, citing sources.

Bond defaults in China have surpassed US$20 billion up to mid-July, more than double the sum in 2021, with developers including Evergrande accounting for the bulk of the failures.

So far, 20 Chinese developers have failed to repay the principal or coupon of their bonds while another seven have asked investors to extend their maturities. With the list of defaulters growing, few have explained how they plan to resolve the problem, forcing investors to shun them.

“Markets will instead look to focus on any additional policies which the government introduces to support the sector,” said Anitza Nip, head of Asia fixed income research at Union Bancaire Privée.