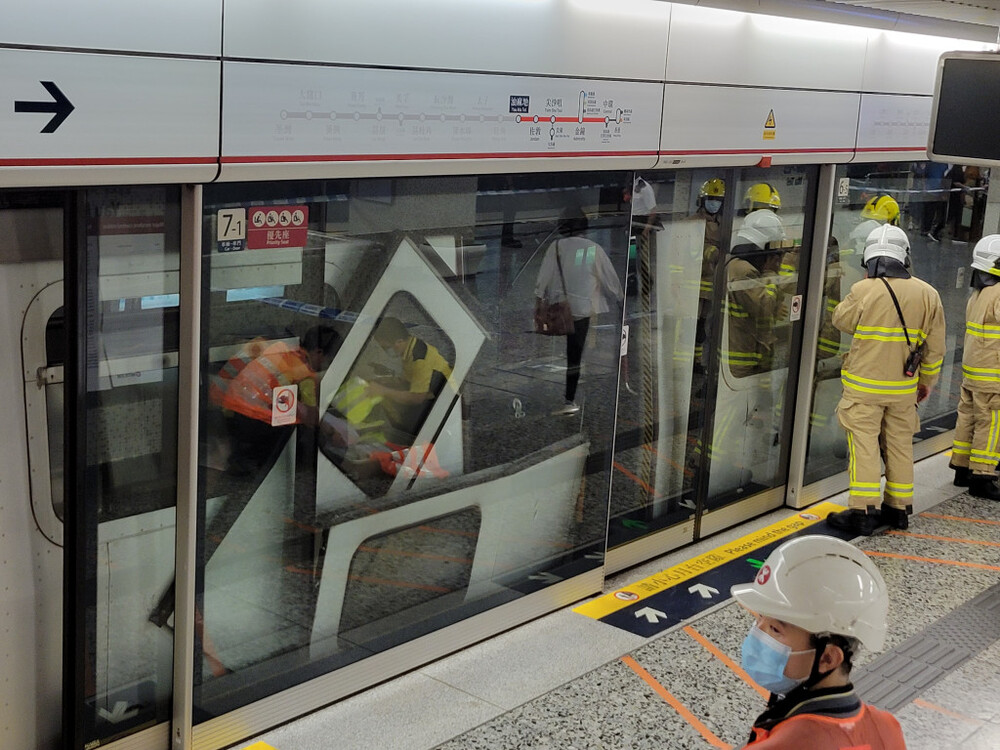 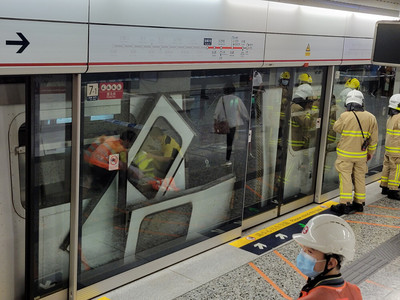 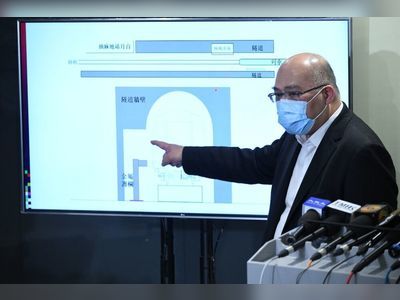 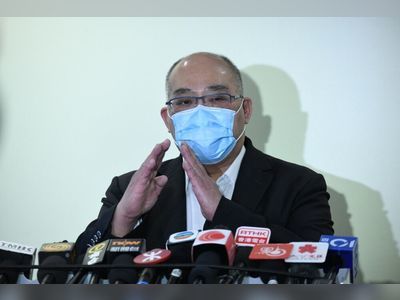 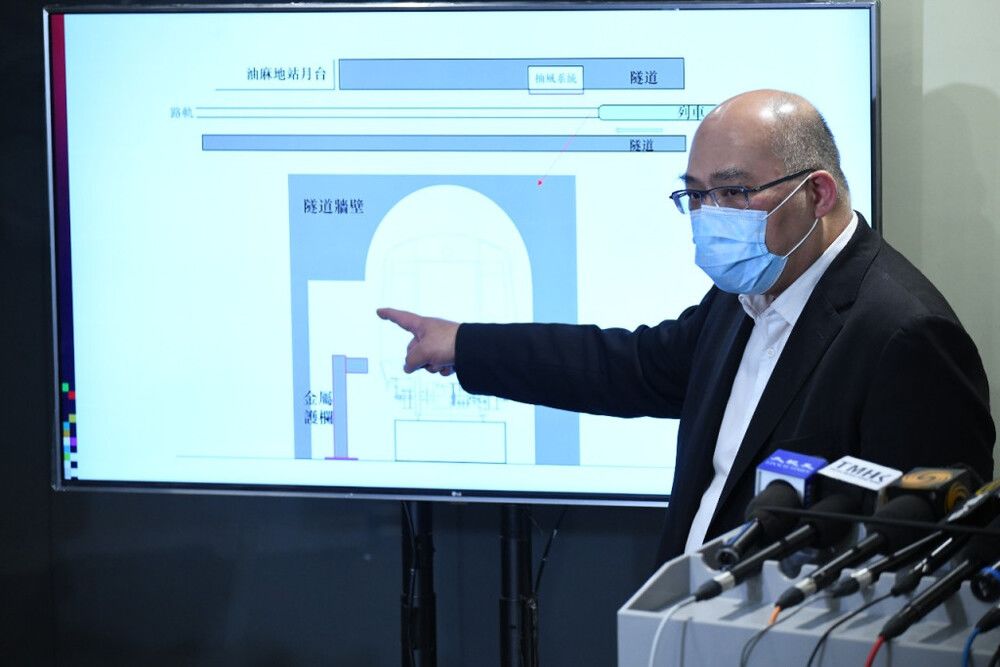 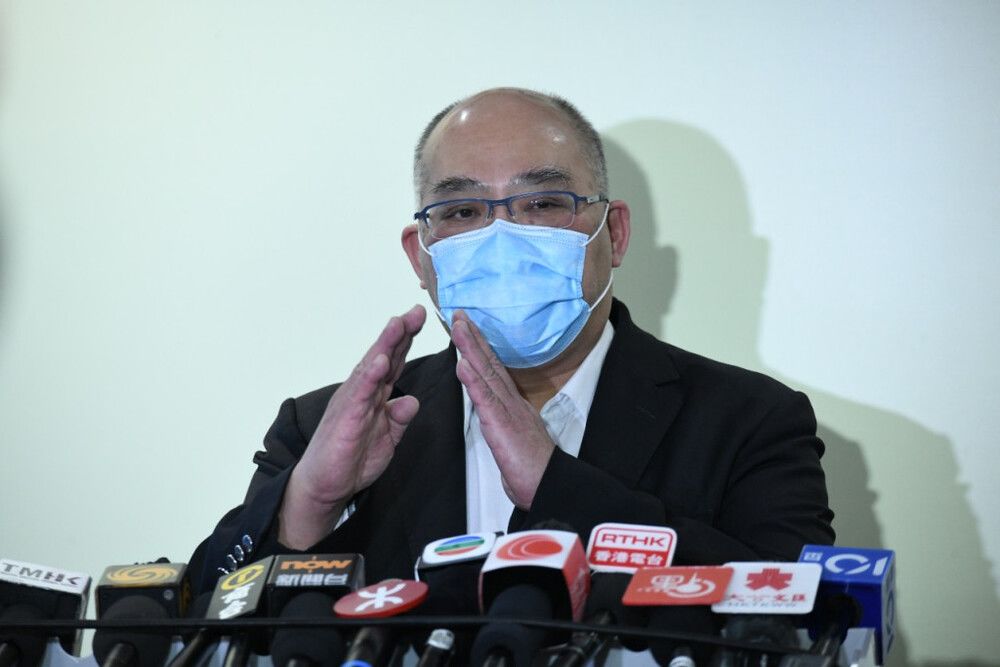 It was not an ideal experience that passengers evacuating the train derailment at Yau Ma Tei MTR station last Sunday had to walk to Mong Kok station on the tracks and witness another train passing by, said MTR operations director Tony Lee Kar-yun.

Releasing more details in a media session Wednesday, Lee admitted that the content of the evacuation broadcast was insufficient and didn't give clear instructions on the arrangements.

“As two train carriages had entered and stopped by the platform already, the station control center, after an assessment, originally wanted to arrange for passengers to retreat back to the platform at Yau Ma Tei station through the train doors,” Lee said.

“However, the content of the evacuation broadcast may be insufficient and didn't give clear instructions, leading passengers to leave the train by proceeding to the emergency exit by the rear end on their own.”

The equipment at the train's control room by the front was also damaged, which explained why the train captain was not alerted to the emergency exit being opened.

It wasn't until a few minutes later that staff members found out about the situation and reported it to the station control center.

Lee went on to say that a train was traveling from Mong Kok station to Whampoa station at the time, which was why passengers evacuating onto the tracks saw another train passing by.

The station immediately initiated contingency procedures and ordered the next train to stop service and stay at Mong Kok station. Staffers then helped passengers safely retreat back to Mong Kok station and conducted inspections to ensure no one remained on the tracks.

“It is absolutely not ideal that passengers had to experience such a situation. Again, I offer my sincerest apologies to affected passengers,” Lee noted.

Lee confirmed the cause of the incident was related to the displaced metal fence on the side of the track. He said the seven metres long component hit the train and led the bogie of the first carriage to fall slightly off the track.

He said some 30 metal fences along the Tsuen Wan, Kwun Tong, Tseung Kwan O and Island lines were checked before the services resumed.

A commission has been set up to probe the incident and the investigation report will be completed in two months to confirm the cause of the incident, revise the follow-up measures that day, and introduce improvements, Lee said.

MTR will also launch a full-scale inspection targeting all rail tracks and doors in six months and will report to the Electrical and Mechanical Services Department.

The train derailment occurred around 9.30am last Sunday (Nov 13), with four doors being ripped off. The train service between Jordan and Lai King stations was severely disrupted and had yet to resume by the end of the day.

The disruption lasted more than 12 hours, and as such, MTR could face a fine of up to the maximum penalty of HK$25 million.