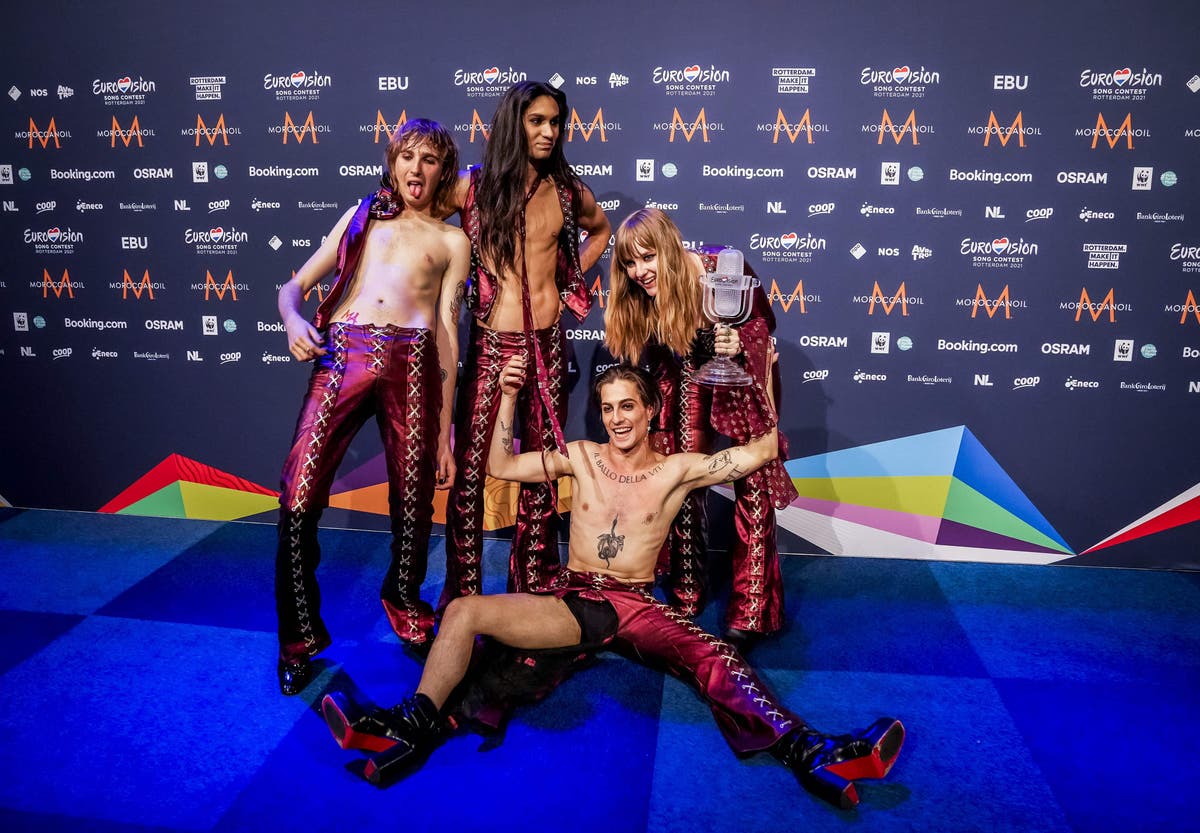 The singer for Italy’s Eurovision winning rockers Maneskin has tested negative for drugs, the contest’s organisers have said.

The singer for Italy’s Eurovision winning rockers Maneskin has tested negative for drugs, the contest’s organisers have said.

Eurovision bosses said the competition winner would be drug tested after speculation sparked by a backstage video that went viral.

Singer Damiano David, whose band Maneskin won Saturday night’s competition, denied taking drugs during the event after footage of him leaning over a table.

A statement from Eurovision released on Monday read: “Following allegations of drug use in the Green Room of the Eurovision Song Contest Grand Final on Saturday 22 May, the European Broadcasting Union (EBU), as requested by the Italian delegation, has conducted a thorough review of the facts, including checking all available footage. A drug test was also voluntarily undertaken earlier today by the lead singer of the band Måneskin which has returned a negative result seen by the EBU.”

The EBU said it was "alarmed that inaccurate speculation leading to fake news has overshadowed the spirit and the outcome of the event and unfairly affected the band".

During a press conference following Maneskin's win, David denied that he used drugs and said he bent over because another band member had broken a glass at their feet

An earlier statement by the organisers said: “We are aware of the speculation surrounding the video clip of the Italian winners of the Eurovision Song Contest in the Green Room last night.

“The band have strongly refuted the allegations of drug use and the singer in question will take a voluntary drug test after arriving home.

“This was requested by them last night but could not be immediately organized by the EBU.

“The band, their management and head of delegation have informed us that no drugs were present in the Green Room and explained that glass was broken at their table and it was being cleared by the singer.

“The EBU can confirm broken glass was found after an on-site check. We are still looking at footage carefully and will update with further information in due course.”

Singer David told reporters at a press conference: “I don’t use drugs. Please, guys. Don’t say that really, no cocaine”.

Måneskin, who had been favourites to win the Eurovision Song Contest, took top prize with their song Zitti e buoni.

The band also issued a denial on their Instagram account, saying they had “nothing to hide” and would do a drugs test to prove their innocence.

They said: “We really are AGAINST drugs and we never used cocaine”.

More than seven million people in the UK tuned in to watch James Newman score nil points in the final.

It was a disappointing night for the British hopeful, who was the only contestant to scored zero points from the jury vote and from the public vote, coming bottom on the leaderboard.

Newman took his defeat in good humour, drinking a beer and standing up to applause from the live audience in the arena.

The singer, who is the older brother of pop star John Newman, had hoped to win over viewers with his rendition of upbeat track Embers, which was inspired by the end of lockdown.

He performed in front of a crowd of 3,500 fans at the Ahoy arena.

On stage after the band’s victory, David shouted into the microphone: “We just wanted to say to the whole of Europe, to the whole world, rock and roll never dies.”