A shortfall of the fuel would be particularly painful for Poland and Germany.

Move over gas — there’s a new energy shortage in town.

As Europe faces its worst energy crunch in decades amid the war in Ukraine, national capitals have been scrambling to shore up their gas reserves ahead of the winter. But another fuel could also soon be in short supply: coal.

Although the highly polluting fuel has earned pariah status as the EU looks to slash emissions, consumption is on the rise as a number of countries, including Austria and the Netherlands, either switch old coal-fired plants back on or boost existing capacity to save on gas.

The problem is that the EU will soon be deprived of its biggest supplier: The bloc slapped sanctions on Russian coal in April, forbidding further imports starting August 10.

That means the 2 million tons of coal it is set to receive from Russia this month will be the last such shipment, said Alex Thackrah, a senior coal analyst at the market intelligence firm Argus Media.

Add to that serious logistical challenges in sourcing and transporting the fuel from elsewhere, and "it's certainly going to be a challenge to get enough coal this winter," he said.

Indonesia, South Africa and Colombia are all potential suppliers, but EU countries will face "extremely high prices" due to the particularly high-calorific type of coal normally used across the bloc, according to Thackrah. Coal prices on the API2 Rotterdam hub, a European benchmark, hit $380 per ton last week, already a more than fourfold increase on this time last year.

The EU will also face "stiff competition" from players such as India and South Korea, which have existing coal supply agreements with many of these countries, said Mark Nugent, an analyst at the shipbroker Braemar.

Much of the EU’s coal — which arrives via ports in Amsterdam, Rotterdam and Antwerp — travels along the Rhine river by barge. Uncharacteristically high temperatures this month have lowered the river's water levels to 65 centimeters, reducing how much cargo barges can carry by two-thirds, said Thackrah.

Although power plants typically have their own stockyards, coal that can't be delivered to them is typically stored in ports to await further transport, but "inventories at European ports are nearing maximum levels," said Nugent.

According to data from coal trade association Euracoal, shared with POLITICO, some 8 million tons of coal are currently stuck in ports.

Supply bottlenecks and shortfalls are likely to be felt most intensely in Poland and Germany.

A shortage in Germany — which made up 37 percent of the EU’s total hard coal and lignite consumption last year — would be particularly painful for the steel and chemicals industries, said Rudolf Juchelka, professor of economic geography at the University Duisburg-Essen. Power generation would also be affected, but to a lesser extent.

Juchelka also warned that the government could be forced to implement stricter energy rationing measures if Russia shuts off gas supplies or logistical issues continue to snarl up coal deliveries. “If those [effects] come together … into one big effect, there will be problems,” he said.

A spokesperson for Germany’s climate ministry said power plant operators have “assured” lawmakers they have enough coal stored up to make up for the lost Russian coal. The government has also brought in a new regulation that aims to "prioritize energy shipments” over other types of deliveries “to be prepared” in the event of a crisis, the spokesperson added.

In Poland, meanwhile, the government is engulfed in a political scandal over its failure to build up the country's coal reserves.

Some 2 million households in Poland still rely on hard coal for heating, with each burning an average of three tons per winter, according to Robert Tomaszewski, a senior energy analyst at the Polityka Insight think tank. Before the war in Ukraine, the country imported around 7 million tons of coal annually from Russia for this purpose.

With the EU's ban on Russian coal set to kick in next month, there is a now “a very huge risk that there will be not enough coal for some households,” he said, estimating that Poland will find itself short between 1 million and 2 million tons of coal over the winter. 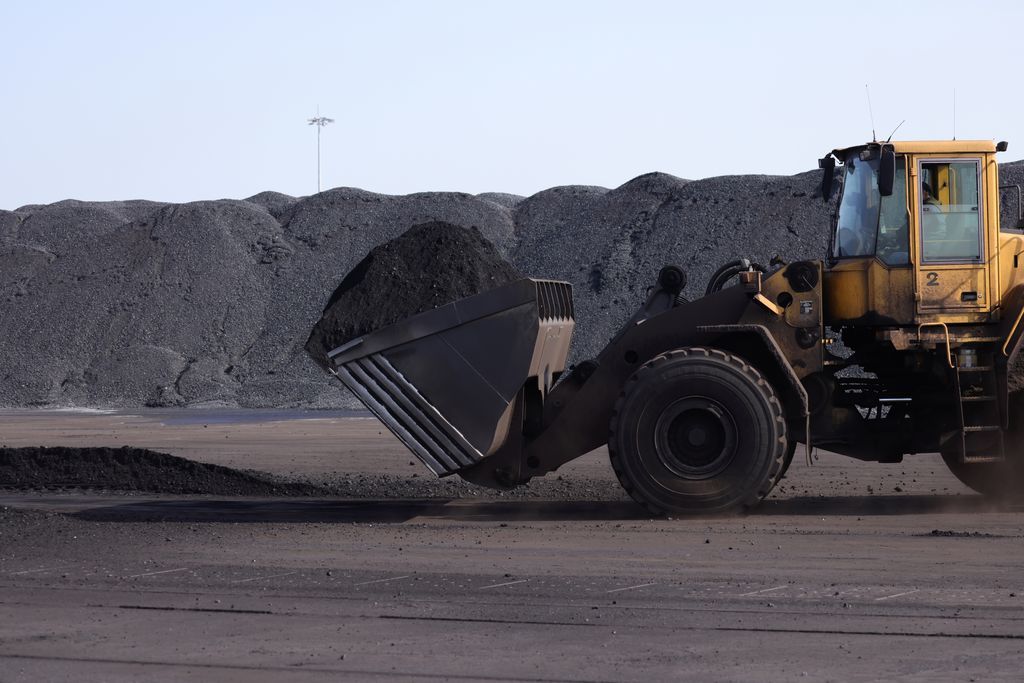 The EU slapped sanctions on coal imports from Russia, the bloc's top supplier

According to an investigation by the Polish news outlet Onet, Prime Minister Mateusz Morawiecki was warned by his own Cabinet in early March that sanctioning Russian coal could result in a massive shortfall and was urged to set up a new strategic coal reserve. But he did not act on the warning, nor did his government carry out a formal impact assessment of the EU's proposed coal sanctions before voting in favor of them, Onet reported.

In an effort to calm the waters, Morawiecki last week announced that affected households would receive a 3,000 złoty (€631) “carbon allowance” to help buy coal, and ordered state-owned coal companies to buy 4.5 million tons of coal by August 31.

But getting these coal purchases to homes in time will be “probably impossible,” said Tomaszewski — and if supplies are low, giving money to households will achieve little.

Poland's Energy Minister Anna Moskwa admitted Friday in an interview that the government "face[s] a difficult task" in overcoming logistical issues with deliveries. But she insisted it was "not true" there would not be enough coal for the winter, citing new contracts under negotiation.

A spokesperson for the Polish climate ministry said it was working on "multidirectional solutions" to the coal issue and had introduced a new regulation that "temporarily suspends the existing quality requirements" for some types of coal sold on the market for households uses for 60 days to increase its availability.

Beyond the looming problem of this winter, a potential coal shortage could also cause trouble for the conservative government during next year's parliamentary elections, Tomaszewski warned, particularly as new polls show for the first time since 2015 that the ruling party could be unseated.

Morawiecki's “political mistake,” he said, could end up "hurting him very much politically."