Questions are being raised about how a high-level EU official’s travel plan was leaked to China.

The European Union’s top intelligence official canceled a trip to Taiwan after his top-secret preparations were seemingly leaked to Beijing in advance, according to two diplomats with knowledge of the situation.

José Casimiro Morgado, director of the European Union Intelligence and Situation Centre, was supposed to make the below-the-radar visit to meet Taiwanese officials in October, according to the diplomats.

However, the EU spy chief’s plan came to a halt after Beijing got hold of the information and put pressure on the EU to scrap what would have been an unusually sensitive visit amid China’s escalating military threats on Taiwan, which Beijing considers part of its own territory.

The development calls into question whether a human or data leak from the EU was involved, with diplomats also concerned about the EU’s change of plans after Beijing’s intervention.

After the initial publication of this article, an EU official briefed on the matter contradicted the understanding in Taipei that Morgado was planning a visit. He said Morgado had simply planned to hold meetings by phone with Taiwanese officials, but had decided to cancel even this long-distance communication because of the Chinese reaction to last month’s visit to Taipei by U.S. House Speaker Nancy Pelosi.

An EU spokesman said: “As a general rule, we never comment on everyday working activities of the European External Action Service staff in public.” He would not say whether there’s an investigation into possible external leaks about Morgado’s travel plans.

The Chinese mission to the EU, when asked about Morgado’s original plan, said China “has consistently and firmly opposed any form of official exchanges between the Taiwan region and countries or organizations having diplomatic ties with China.”

The revelation also sheds further light on the quiet diplomacy between the EU and Taiwan, after last year’s covert trip to Brussels by Taiwan’s Foreign Minister Joseph Wu. The EU Intelligence and Situation Centre, known in the Brussels bubble as INTCEN, focuses on civilian “intelligence-based situational awareness” and forms one of two pillars of the EU’s “single intelligence analysis capacity,” alongside the military-focused Intelligence Directorate of the EU Military Staff.

A spokeswoman for the Taipei Representative Office in the EU and Belgium, Taiwan’s de facto embassy, said in a reply: “We have no further information.”

Morgado was appointed head of INTCEN in 2019, after more than 20 years working in the Portuguese intelligence service. He answers directly to Josep Borrell, head of the European External Action Service, the EU’s foreign policy arm. He could not be reached for comment.

Speaking during a session on EU-Taiwan relations in the European Parliament on Tuesday, Borrell vowed to “intensify” ties with the self-ruling democratic island, while abiding by the “one China policy.”

“Let me be clear on this: ‘One China policy’ doesn’t prevent us, the European Union, from persisting and intensifying our cooperation in Taiwan, nor from expressing our concerns at the recent rising tensions,” Borrell said. 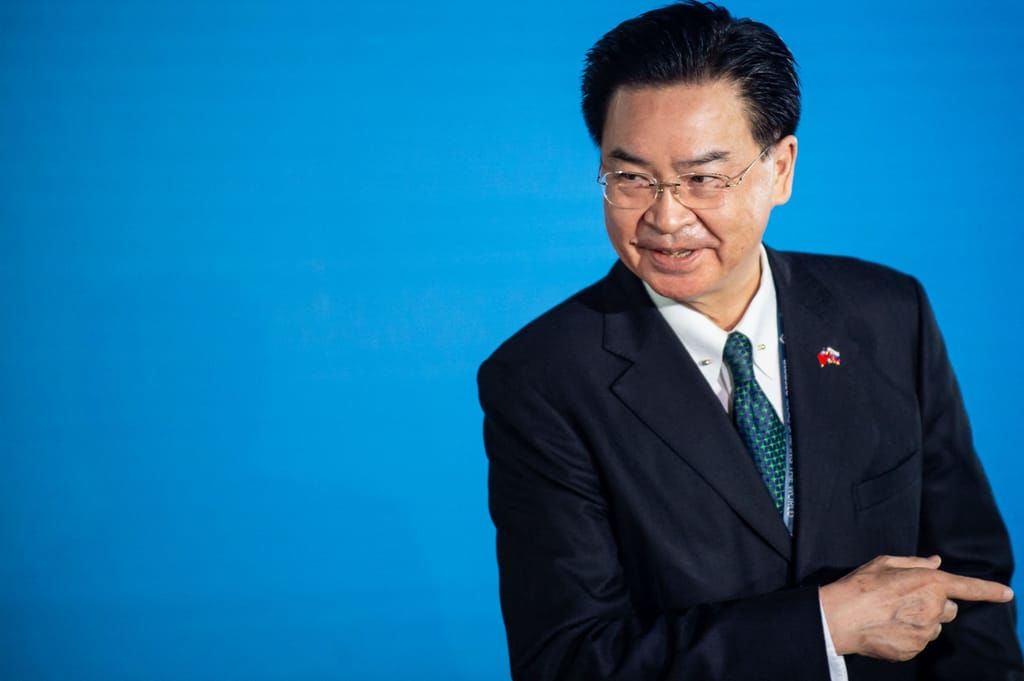 “We have to continue engaging with Taiwan economically, and politically.”

Borrell said he had no plans to go to Taiwan, but added: “As far as I know there’s no travel … at the highest political level of the European Union — which doesn’t mean there’s no relationship.”

The EU has stepped up official exchanges with Taiwan as Beijing flexed its military muscles around the island following Pelosi’s visit in August. A Taiwanese minister attended a trade dialogue with the EU’s top trade bureaucrat in June, even though the bloc is steering clear of any formal negotiation of a bilateral investment treaty.

The European Parliament is expected to pass a motion on Thursday calling for the EU to change the name of its trade office in Taipei to “reflect the broad scope of our ties.”