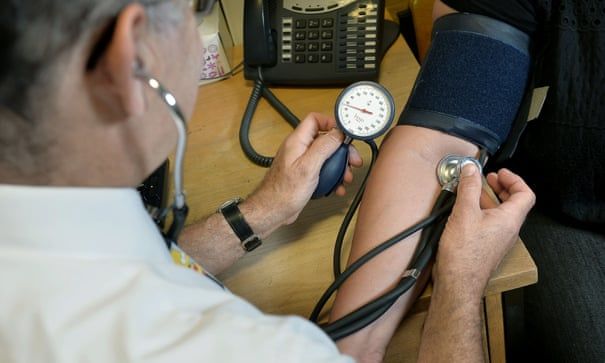 EU citizens who fail to secure settled status by the 30 June deadline will immediately lose access to free non-urgent NHS healthcare, despite a government pledge to be “extremely understanding” about late applications.

Some details of how swiftly different departments will apply hostile environment policies to EU citizens who have not secured the new post-Brexit immigration status by the cutoff date have emerged in responses to a series of parliamentary questions.

But campaigners are concerned that there is still no clarity about whether EU citizens who miss the deadline but who continue to work in the UK will be committing a criminal offence. There was also no clear Home Office response to parliamentary questions seeking to clarify whether employers face prosecution if they employ an EU citizen who has not applied for EU settled status (EUSS) after the end of June.

Alliance MP Stephen Farry sought to clarify the grey area with Boris Johnson during prime minister’s questions, asking if illegal working legislation would be applied to EU citizens who continue to work despite missing the deadline. “Can the prime minister assure the House that EU citizens or non-EU family members who miss the deadline will not face potential criminal liability if they continue to go into work?” he asked.

Johnson said he was “sure that the law will be extremely merciful to anybody who finds themselves in a difficult position”.

The government has consistently said it will have a “flexible and pragmatic approach to considering late applications”, but with less than five weeks to go before the deadline, there is rising concern about the lack of detail over the practical consequences for EU citizens who fail to apply in time.

Despite the “merciful” approach hinted at by the prime minister, responses to parliamentary questions revealed that some departments have clearer guidance than others.

In written responses, the Ministry of Housing, Communities and Local Government said that those who failed to secure status will no longer be eligible for homelessness assistance, immediately after the deadline. The Department of Health said those EU citizens living in the UK who failed to apply in time would instantly start to be charged for non-urgent NHS treatment.

However, asked about whether employers would be obliged to sack EU employees who had failed to get status by the deadline, the Home Office responded: “Further information will be provided to employers shortly about what they should do if they have an employee who finds themselves in this situation.”

Asked about the responsibility of landlords to refuse to rent to EU tenants who had failed to secure the correct immigration status by the deadline, the Home Office said in a separate response to a parliamentary question that it would be updating its guidance and communicating with landlords “in the coming weeks”.

A Home Office spokesperson said: “The EU settlement scheme has been open now for more than two years and we are pleased we have already surpassed 5.4 million applications. We urge all those eligible to apply as soon as possible so they secure the status they deserve in UK law.

“We have been clear that where a person has reasonable grounds for missing the 30 June deadline, they will be given a further opportunity to apply.

“We will be updating our guidance and communicating with employers in the coming weeks to set out the support available. We will make sure they are clear on the steps they should take from 1 July if they have an employee who finds themselves in this situation.”

A spokesperson added that anyone who has applied to the scheme by the 30 June deadline but has not had a decision by then will have their rights protected until a decision is made on their application; there is currently a backlog of around 300,000 applicants waiting for a decision.

Caitlin Boswell, from the Joint Council for the Welfare of Immigrants, said: “The law states that EU citizens who don’t apply by the deadline will automatically fall out of status and lose their right to work, rent and access NHS care. But with a month till the deadline the Home Office is refusing to address this harsh reality, leaving other government departments to fill in the blanks.”
#boris johnson
Add Comment