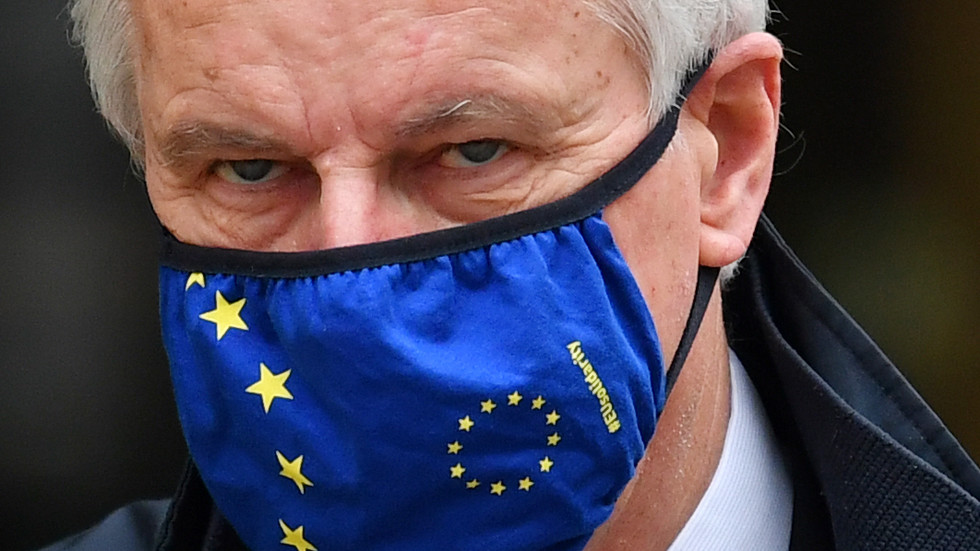 The EU’s chief Brexit negotiator, Michel Barnier, has lamented the state of ongoing talks with the UK by tweeting a picture of himself taking a break at a London football field, prompting outpours of both support and criticism.

The French politician’s jab at the UK was likely a reference to their disagreement over the EU’s demands for fair competition clauses in the upcoming agreement. The issue has turned into one of the biggest obstacles in the negotiation process, as it would effectively keep a post-Brexit UK subject to some of the bloc’s regulations.

The response to Barnier’s tweet aptly reflected the polarization over the issue.

Some fully agreed with Barnier’s take on the Brexit process and were “sorry” about the roadblocks Brussels was facing, while one commended his “perseverance.” Another contributed her own football field metaphor, tweeting: “Sadly, the opposing team is hellbent only on scoring own goals.”

Johnson and his Kamikaze Govt cannot be trusted.
Protect the Single Market and The future Peace and Prosperity of Europe.

The Brexit idiocy cannot be reasoned with.

Mr Barnier we are sorry for all these bad things are happening at the moment. This is not my government and NOT my PM. #RejoinEU

I admire your perseverance. Please find a way to allow 50% of the British population to pay for freedom of movement so we can escape this mad Island of nutters. XX

Brilliant!
Sadly, the opposing team is hellbent only on scoring own goals!!#brexit

Barnier’s critics were no less poetic, with many of them saying that the EU’s idea of a level playing field was more like a mountain chain or even a swamp. “You won’t find any level playing fields here in the UK,” replied one of them, adding, “We know it’s just your fancy term to keep the UK uncompetitive.”

When in comes to the U.K. this is more like the EU idea of a level playing field, pic.twitter.com/8iIHx5ixfM

Level playing fields are fine, but allowing one side to set the rules and have final adjudication is unacceptable to anyone who respects sovereignty.

The UK and the EU were supposedly in some of the “final stages” of Brexit trade talks this week. A deal, possibly coming next week, might just finalize the process.