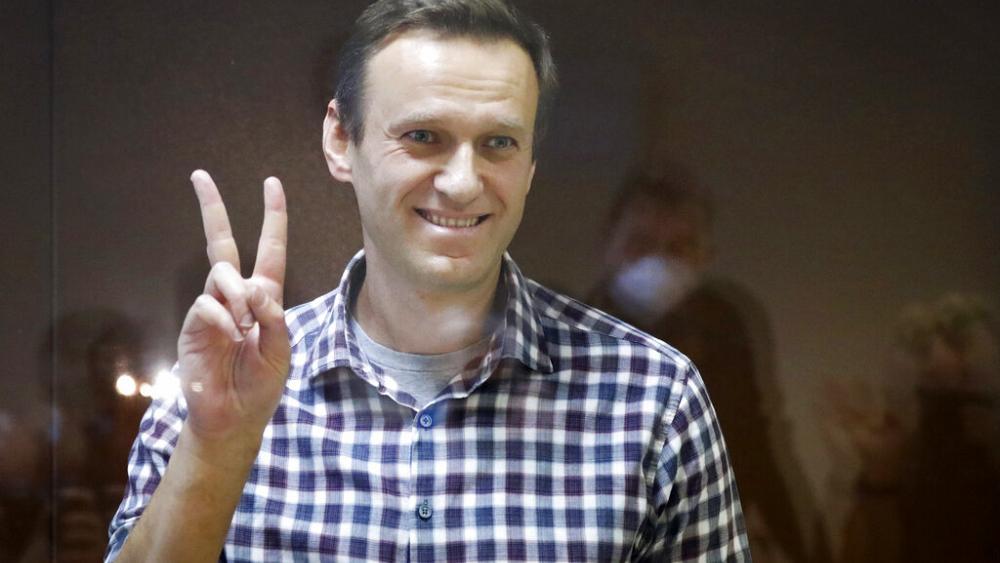 Foreign ministers from EU countries have agreed to place further sanctions against Russian officials over the jailing of Kremlin critic Alexei Navalny.

If approved by the European Council, it will be the first time the EU has used a new mechanism to facilitate punitive measures against human rights abuses.

The agreement was reached on Monday at a meeting in Brussels, where it was said four Russian officials are being targetted.

According to diplomatic sources, the people on the list will be hit with asset freezes and entry bans to the bloc, which will likely take effect once European leaders meet next month.

The EU's diplomatic chief Josep Borrell has been given the task of drawing up the names of officials facing sanctions, according to diplomats.

Oligarchs are not thought to figure among them, to the disappointment of Navalny's supporters. Rather the measures are aimed at police and legal officials responsible for his "unacceptable treatment", Austrian Foreign Minister Alexander Schallenberg said ahead of the meeting.

The move follows Borrell's much criticised visit to Moscow earlier this month. He made no headway over Navalny and Russia expelled diplomats from three EU countries during his trip.

The EU's chief diplomat told a news conference on Monday that Russia was "drifting towards an authoritarian state". Confirming the planned sanctions but without giving details, he said that although the country was a neighbour it "seems to have decided to act as an adversary".

Russia, which accuses the EU of meddling in its affairs, warned that it was "ready to react" to a "new cycle of restrictive, unilateral, illegitimate measures", Moscow's ambassador to the EU, Vladimir Chizhov, told the German newspaper Die Welt before the EU ministers' meeting.

"It's widely seen as the EU wanting to save face, especially after this disastrous trip by Josep Borrell -- the EU's high representative for foreign affairs -- to Russia two weeks ago, a trip that was largely seen as a humiliation," said Euronews Brussels reporter Bryan Carter.

"There have been strong calls especially from the European Parliament for much tougher sanctions to be taken on Russia, but the EU is deeply divided on this issue."

It will be the first time that Brussels uses its recently established sanctions regime, similar to the Magnitsky Act in the US.

This mechanism enables the 27 member states to punish those considered responsible for human rights abuses through the freezing of assets and travel bans.

The US law is named after Sergei Magnitsky, who died in a Russian jail after uncovering a huge fraud scheme allegedly involving government officials.

Last October the European Union imposed sanctions on six individuals and one entity it believed were involved in Navalny's poisoning.

Before Monday's meeting, Germany's Foreign Minister Heiko Maas said they would look at the question of sanctions against Russia again, "particularly because of Navalny's conviction and the fact that he has to serve his sentence at a prison camp".

"I am for issuing the mandate to impose such sanctions, preparing the listing of individuals. But at the same time, we must look for ways to remain in dialogue with Moscow. We need Russia to resolve many international conflicts," he added.

Luxembourg's Foreign Minister Jean Asselborn stressed the legal difficulty of targetting oligarchs, despite calls by Navalny's allies for measures to sanction members of Russia's business elite with close links to the Kremlin.

One Navalny ally, Leonid Kolkov, part of a group which met EU foreign ministers on Sunday, questioned the impact of travel bans and asset freezes on officials "who don't like travelling abroad and don't have any assets abroad".

Alexei Navalny himself told MEPs in November that the EU should target money and oligarchs including new members of Russian President Vladimir Putin's circle.

The 44-year-old was arrested in January upon his return to Germany where he had been treated following his poisoning in Russia for which he blames the Kremlin. The Organisation for the Prohibition of Chemical Weapons (OPCW) confirmed that the substance used was Novichok, a Soviet-era nerve agent.

At the weekend he lost an appeal against a decision converting a suspended prison sentence for fraud dating from 2014 into a firm sentence for violating his parole conditions. His supporters question how he could have respected them while he was in a coma having been poisoned.

The Kremlin critic was also found guilty in a separate case of "defamation" against a World War II veteran and fined 850,000 roubles (around €9,500).

The EU has condemned the "politicisation" of the Russian justice system and called for Navalny's release without conditions.

EU foreign ministers also agreed on a set of "targeted measures" against the military responsible for the coup in Myanmar, Borrell said.

Speaking after the meeting in Brussels, the EU's foreign policy chief described recent developments in the country as "extremely worrying."

He reiterated that the ministers "strongly condemn this military coup and unacceptable violence against peaceful demonstrators," adding that development aid for government reform programmes would be withheld.

On Hong Kong, ministers agreed on a "two-step process" with both short and longer-term actions to protect civil liberties, the EU's top diplomat said, noting that the situation in the Chinese territory "keeps deteriorating".