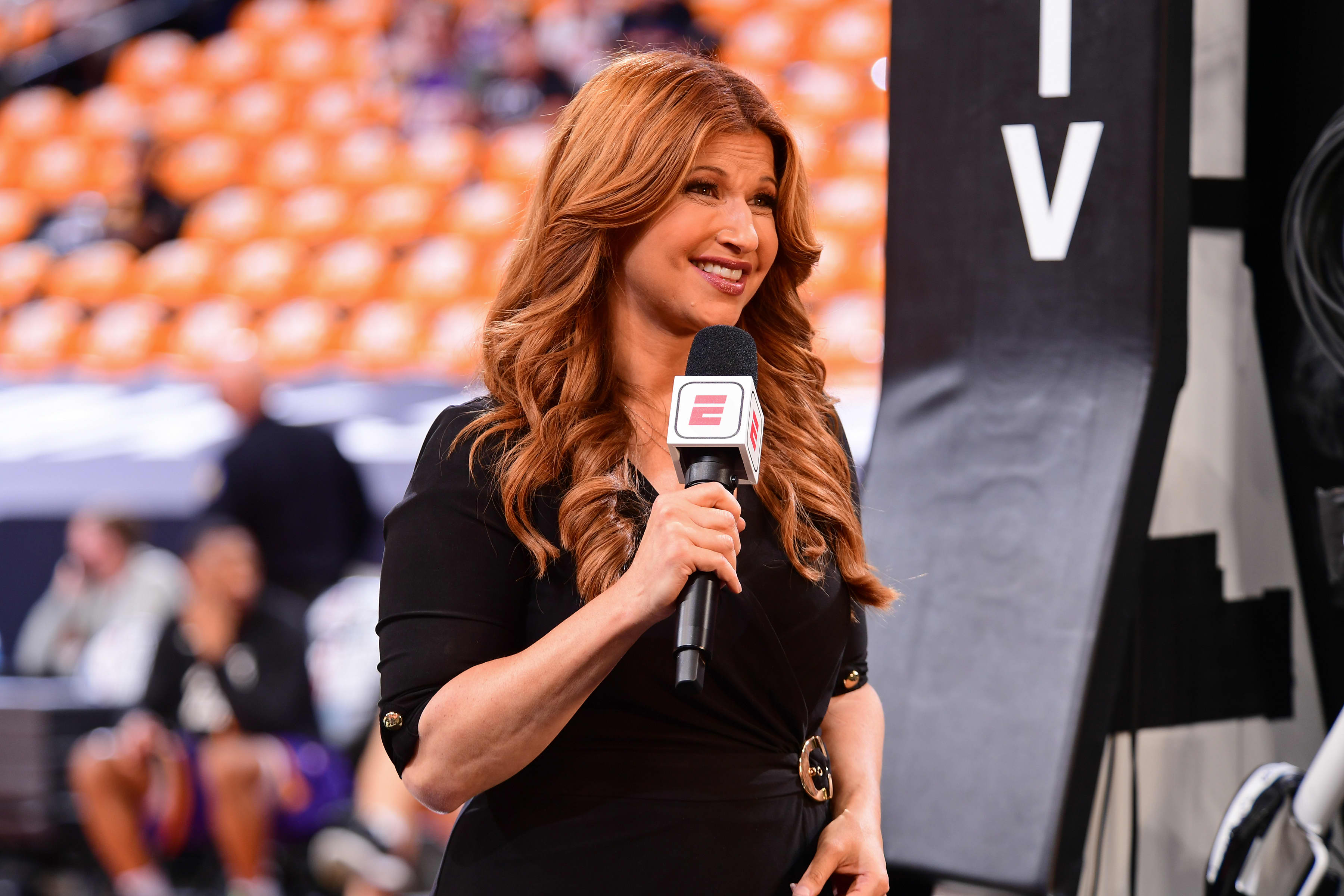 The move came amid furor over Nichols’ suggestion in a call last year that her Black colleague Maria Taylor got a hosting gig for the 2020 finals because of her race.

ESPN without warning failed to broadcast the scheduled afternoon NBA show of reporter Rachel Nichols on Tuesday — hours after blocking her from sideline coverage of the NBA Finals due to her suggestion to LeBron James’s key advisor that Black colleague Maria Taylor got a hosting gig last year because of her race.

The drama at the self-proclaimed Worldwide Leader in Sports came in the hours before the finals between the Milwaukee Bucks and Phoenix Suns was due to tip off in Phoenix.

Nichols, who is white, was the primary sideline reporter for ESPN during the NBA playoffs. The expectation had been that she would continue in that role during the finals.

But on Sunday, The New York Times published a bombshell report that detailed the circumstances of Nichols’ accidentally recorded call with James advisor Adam Mendelsohn in July 2020, and the backlash they caused within the Walt Disney-owned sports cable TV giant.

In that call, Nichols suggested to Mendelsohn, who also is white, that Taylor got a plum spot hosting 2020 Finals shows because of her race, the Times reported. Nichols expected to get that spot.

“If you need to give her more things to do because you are feeling pressure about your crappy longtime record on diversity — which, by the way, I know personally from the female side of it — like, go for it,” Nichols said on the call, audio of which was published by The Times.

“Just find it somewhere else. You are not going to find it from me or taking my thing away,” she said.

According to the Times report, Mendelsohn shortly afterward in that call said: “I don’t know. I’m exhausted. Between Me Too and Black Lives Matter, I got nothing left.”

Nichols laughed at his remark.

The conversation was captured, and fed to ESPN’s control room in Connecticut, by a live camera in Nichols’ hotel room in Florida. A tape of that call quickly circulated at ESPN, which reportedly never disciplined Nichols for what she said about Taylor during the call.

On Tuesday, ESPN announced that Nichols would not appear on either the sideline during the finals or on “NBA Countdown,” the pre-game and halftime show for the championship series.

Taylor will host that show with other ESPN reporters, the network said.

ESPN also announced that Malika Andrews — who is Black — will handle sideline reporting during the finals. But the network said Nichols will appear on her show, “The Jump,” on-site from the finals games “for weekday shows.”

Hours later, “The Jump” failed to appear as scheduled at 4 p.m. Tuesday. Instead, two other ESPN hosts, Jalen Rose and David Jacoby, appeared on their show, “Jalen and Jacoby.”

“The Jump” is expected to be back on the air as scheduled Wednesday.

On Monday, Nichols apologized for the controversy as she opened the broadcast of “The Jump.”

“I also don’t want to let this moment pass without saying how much I respect, how much I value our colleagues here at ESPN,” Nichols said.

“How deeply, deeply sorry I am for disappointing those I hurt, particularly Maria Taylor, and how grateful I am to be a part of this team,” she said.

On Sunday, the Times reported that Taylor’s colleagues in May discussed whether they would refuse to appear on “NBA Countdown” in protest over changes to the production, which they believed were made to benefit Nichols.

Mendelsohn apologized for his comment about the #MeToo and Black Lives Matter movements on Sunday in an email to CNBC after being asked about it.

“I made a stupid, careless comment rooted in privilege and I am sincerely sorry,” said Mendelsohn, who last year co-founded James’ Black voter advocacy group More Than A Vote.

“I shouldn’t have said it or even thought it,” Mendelsohn said in an email.

“I work to support these movements and know that the people affected by these issues never get to be exhausted or have nothing left. I have to continue to check my privilege and work to be a better ally,” he added.
Add Comment