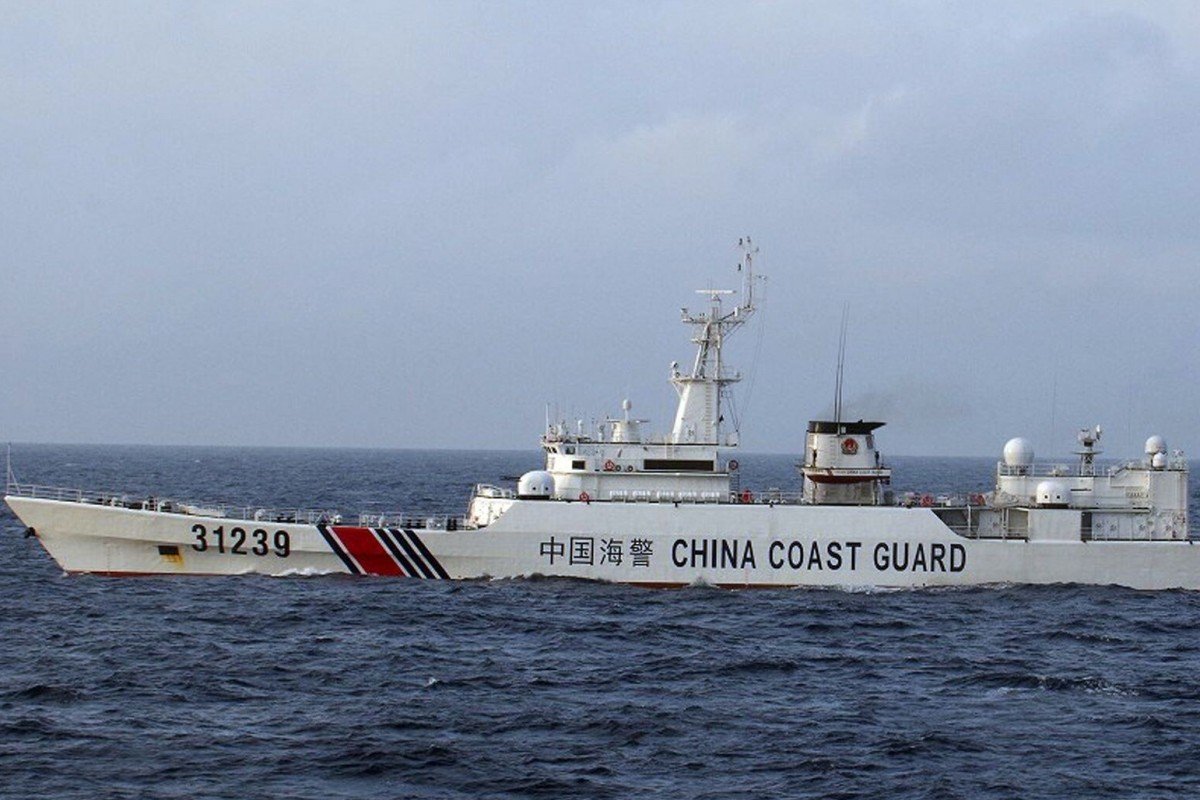 Fleeing to the self-ruled island by speedboat or as a stowaway has become more dicey for Hongkongers seeking asylum.

Sneaking into Taiwan has been considered one way to flee the city for Hong Kong activists concerned about a draconian national security law
and their alleged involvement in anti-government protests.

But after the Chinese coastguard intercepted a speedboat with 12 activists illegally seeking refuge on the self-ruled island last month, that door appears to have closed.

And with the future of five other activists in the balance after allegedly stowing away and being held by Taiwanese authorities since July, illegal means of reaching safe haven on the island have come under scrutiny.

At least for Taiwanese journalist Edd Jhong, escaping by sea is no longer feasible for activists who want to seek asylum in Taiwan after they are either wanted or have been arrested but released on bail for alleged sedition or other security crimes.

“Such attempts are risky in the first place. I have discussed with my friends and [our conclusion] is that waterways are all sealed by now,” said Jhong, a civic and human rights journalist based in Taipei.

Jhong had helped bring five Hong Kong protesters to the southern Taiwanese city of Kaohsiung on July 18 after their boat reached Taiwan-controlled Pratas Islands, known as Dongsha Islands in Chinese.

“In addition to posting many Chinese intelligence agents in Hong Kong in the first half of this year, [Hong Kong and Chinese] authorities have also sharply increased the manpower of patrolling in waters around Hong Kong since June,” Jhong said on his social media account, adding that the authorities had also deployed aerial cameras in various locations to prevent activists sneaking out by sea.

Among them was Andy Li, who faces prosecution back home on charges of collusion with foreign forces and money laundering. He is accused of lobbying Western powers to slap sanctions on Hong Kong over the imposition of the new national security law under which such acts are banned, according to the Chinese coastguard and news media reports. 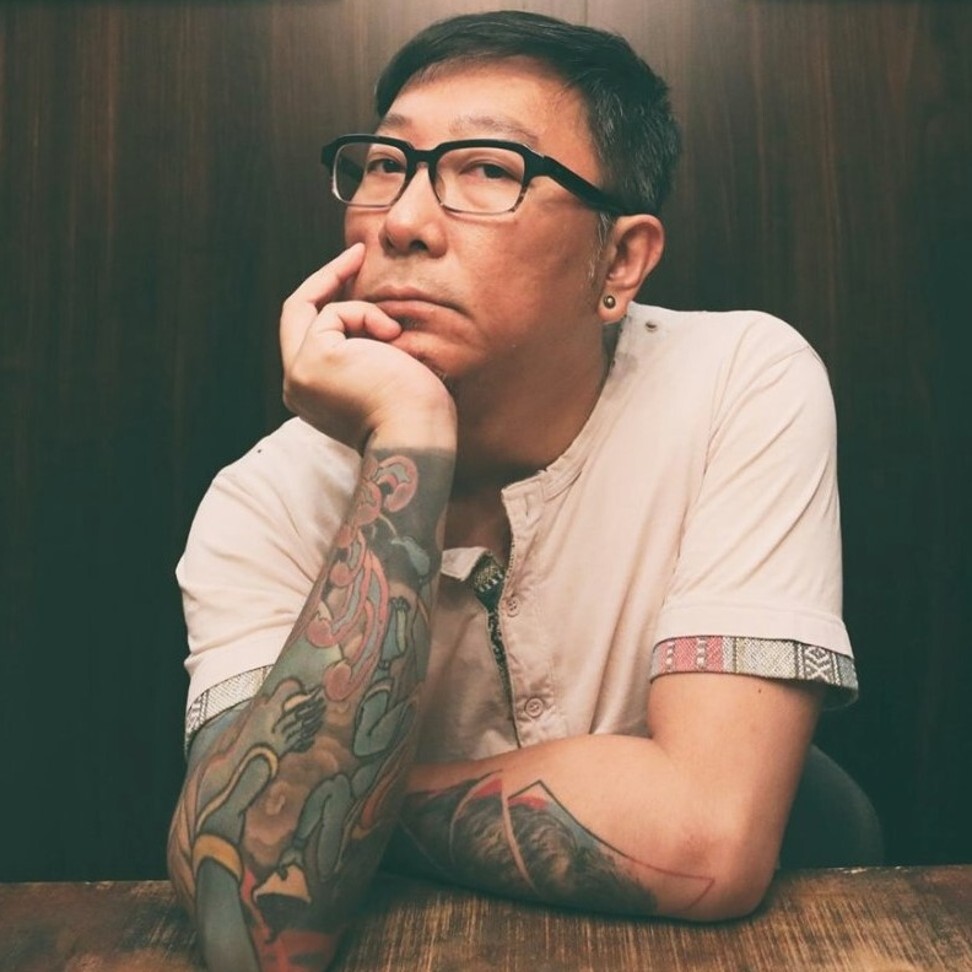 Lam Wing-kee, one of five Hong Kong booksellers detained in 2015 and released the following year by mainland authorities for selling banned books critical of Chinese leaders, said according to his knowledge, a number of protesters had tried to flee to Taiwan as stowaways as early as the beginning of this year.

“While some fortunate groups were able to make it to Taiwan, others who were not as lucky were intercepted and arrested by Chinese coastguard,” Lam said, adding that as far as he knew at least dozens had been arrested.

Lam who fled to Taiwan last year and reopened the Causeway Books in Taipei in April said these protesters were not able to come to Taiwan by legal means because their travel documents had been confiscated by Hong Kong authorities over alleged involvements in the anti-government protests.

“As it is getting riskier and riskier staying in Hong Kong because of the national security law, protesters whose passports have been confiscated could only resort to fleeing to Taiwan by illegal means. But sneaking out is equally risky at this time,” Lam said.

The sweeping national security law, which took effect on June 30 in Hong Kong and prohibits in broad terms any acts of secession, subversion, terrorism and collusion with foreign forces, has a wide reach that also covers offences committed outside the city, although prosecution of such offences could be difficult.

The Taiwanese authorities have remained silent over what to do with the stowaways, prompting Jhong to accuse the island government of turning its back on the protesters after using Hong Kong’s turmoil as a campaign platform.

Fearing meeting a fate similar to that of Hongkongers, more than 8 million Taiwanese voted for Tsai Ing-wen, of the independence-leaning Democratic Progressive Party, allowing her to secure a landslide re-election as president in January.


Chairman of Taiwan’s main opposition Kuomintang Johnny Chiang criticised the government for failing to look into the protesters’ relocation issue, not to mention the thornier stowaway issue.

“By saying they support Hongkongers, Tsai and her government are merely paying lip service … What exactly have you done for those who have come to Taiwan by illegal means? And those people don‘t have lawyers to represent them,” Chiang said.

“Even without a political asylum law, if there is a full set of legal mechanisms that can protect the asylum seekers, that would be more helpful for them,” Shih said.

Taiwan opened a special office in July to help Hongkongers seeking to relocate to Taiwan– but only by legal means.

The Mainland Affairs Council, which supervises the office, has repeatedly said the government is willing to help Hongkongers relocate on the island, but it would never encourage anyone to risk their personal safety to enter Taiwan illegally.

The association has been campaigning for legislation on the treatment of refugees, though draft bills on the issue have failed to pass through the Legislature in recent years.

Hong Kong Outlanders, a Taipei-based civic group that supports Hongkongers fighting for freedom, said it understood the pressure the Taiwanese government faced, especially when stowing away was criminal liability issue.

“Sometimes, something needs to be done in a quiet way to protect the party involved and to avoid triggering cross-border disputes,” the group said, adding that it appreciated the Tsai government’s actions to protect Hongkongers.